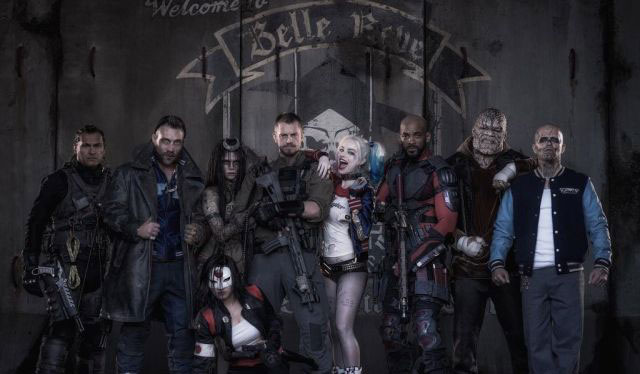 The new Suicide Squad international trailer is even more deliriously destructive than its' American counterpart. With a few new bits of footage and the pedal firmly pressed against the metal, director David Ayer's ensemble DC Comics anti-hero film looks to be more in the mold of Deadpool than X-Men, favoring bad boys (and girls) behaving very badly over superheroes trying to do the right thing.

Here's your who's who and what's what: Will Smith is can't miss assassin Deadshot. Cara Delevingne is the witch, Enchantress. Margot Robbie is the psychopathic Harley Quinn, the Joker's (Jared Leto) former girl, and likely a key figure in the film.  Adewale Akinnuoye-Agbaje as Killer Croc, although you're off the hook if you couldn't make him out under all the scales. Jai Courtney is Captain Boomerang, who does exactly what his name implies. Joel Kinnaman‘s is Rick Flagg, the ostensible leader of these lunatics. Viola Davis is Amanda Waller, the real boss running the show.

What's clearly exciting about this ensemble film is just how different it looks from all the other superhero movies in tone and tenor. Only Deadpool seems to be having as much fun as Harley Quinn appears to be having, and as we've written before, Ayer knows how to stage action. His WWII film Fury packed one hell of a punch, and he appears to be having the time of his life playing with all these personalities in an invented world where man-crocodile hybrids, witches and killer clowns driving a purple, zombified Infinite G35 with custom a Vaydor frame are on the loose.

Suicide Squad comes out on August 5.