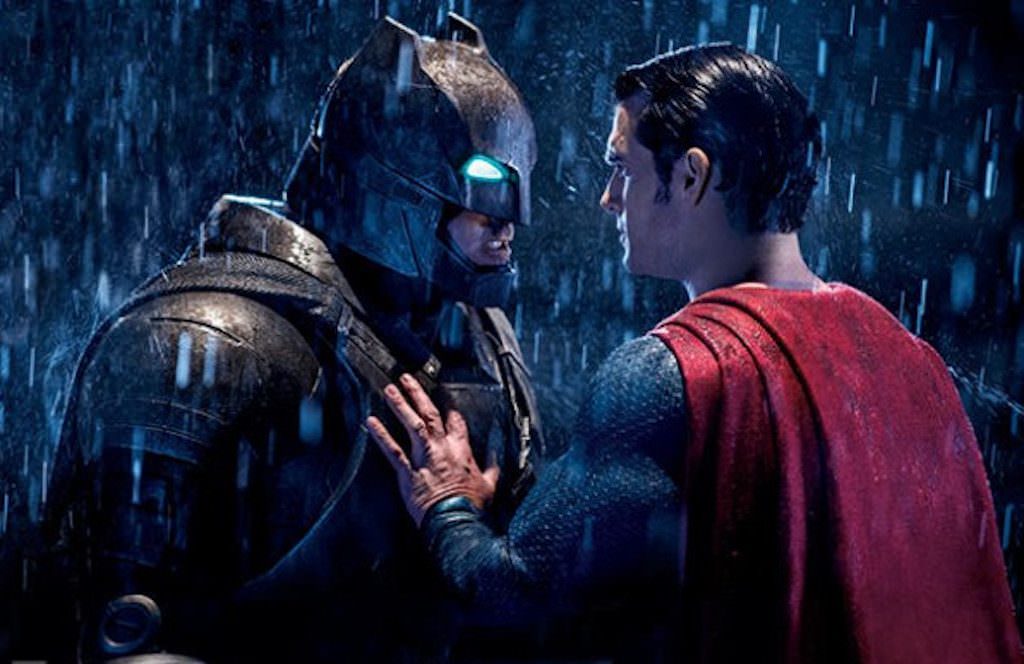 This new international trailer for Batman v Superman: Dawn of Justice  that Warner Bros. dropped on Facebook has a couple of cool, new things to parse. Let's start with that bat signal, which, to our eye, appears quite different in design than the one used in Christopher Nolan's trilogy—it's blockier, bulkier, which is fitting considering in Zack Snyder's film, Batman is considerably older and more grizzled than Christian Bale's Dark Knight of Gotham. There are a few stunning new visuals to enjoy; there are several shots of Batman in action, including one in which he stands on a rock outcropping overlooking what appears to be a city in the moment of ruin (actually, it almost looks like Batman's on another planet), some Batmobile action, and, what we guess is a cruel bit of provocation from Lex Luthor Jr. (Jesse Eisenberg)—a newsclipping about the destruction of Wayne Tower, sent to Bruce Wayne, with the words "You let your family die" scrawled in red over the article.

Check out the new international trailer, and prepare to finally watch "the greatest gladiator match in history" on March 25. That is, until Captain America: Civil War opens.