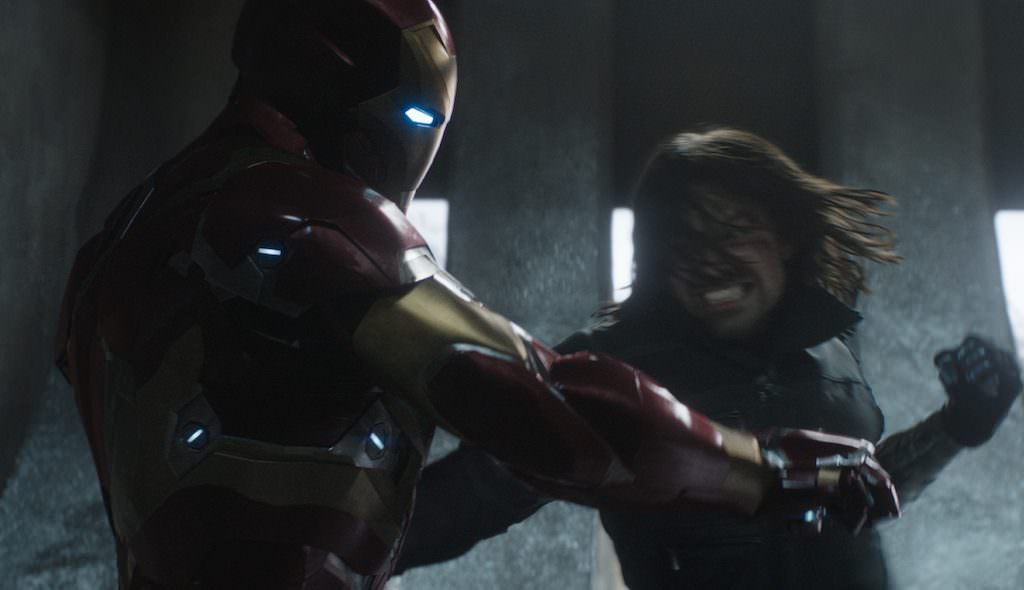 The Russo Brothers have already delivered what many feel is the best stand alone Marvel film yet—Captain America: The Winter Soldier. So hopes are high that their big superhero battle between Team Cap and Team Iron Man will be even better. Captain America: Civil War has a lot more pieces to fit together, however, than The Winter Soldier did; those pieces have names, like the Black Panther and Spider-Man. It's not easy making a film that has to work as a stand alone story and carry the narrative weight of an entire 'Extended Universe' as all these Marvel (and now DC) films do. Can the Russo brothers pull it off?

We've already had one big superhero brawl already, of course. And while you can't get more iconic characters than your titular stars of Batman v Superman, it will be intriguing to see how Joe and Anthony Russo handle a fight between not just Cap and Iron Man, but between the Black Widow and Hawkeye and the Black Panther and the Winter Soldier. This is to say nothing of the massive street brawl we glimpse at the very end of this trailer. This is also to say nothing of how Civil War sets up their next big film; The Avengers: Infinity Wars – Part 1.

If the teasers, trailers and TV spots thus far are any indication, Civil War looks to be as entertaining, and perhaps as topical, as The Winter Soldier was. Whether you're on Team Cap or Team Iron Man, this is one ticket you'll probably have to buy.  "We're still friends, right?" Black Widow asks Hawkeye towards the end of this clip. We're going to guess they will be, but it'll be interesting to watch just how hard they have to work to repair their relationship considering they're on different sides of a civil war.