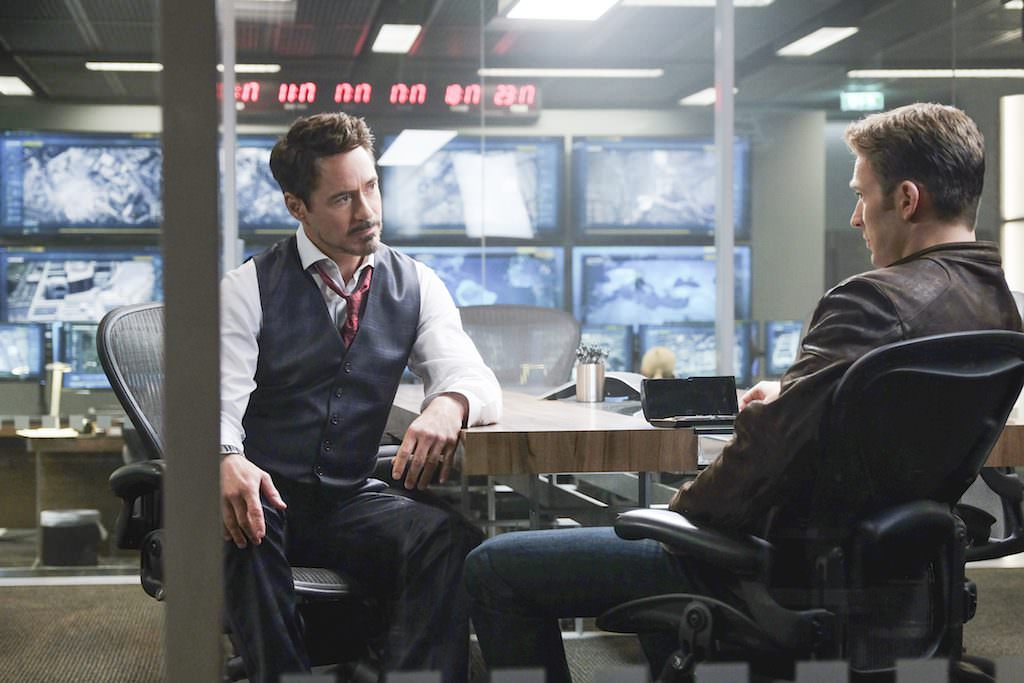 Although we're still two months away from the May 6 premiere of Captain America: Civil War, that hasn't stopped Marvel and Walt Disney Pictures from whetting our appetite for the ultimate superhero brawl. We published the new photos and poster they dropped just this past Monday, and now there's two new clips, highlighting the division between Captain America (Chris Evans) and Iron Man (Robert Downey Jr.), and just who's taking whose side.

It'll be interesting to see how former friends like the Black Widow (Scarlett Johansson) and Hawkeye (Jeremy Renner) ended up on different sides, or how powerful the Scarlet Witch (Elizabeth Olsen) has become since Age of Ultron. This is to say nothing of how exciting it will be to finally see the Black Panther (Chadwick Boseman) in action.

Check out the Team Iron Man and Team Captain American teasers below.