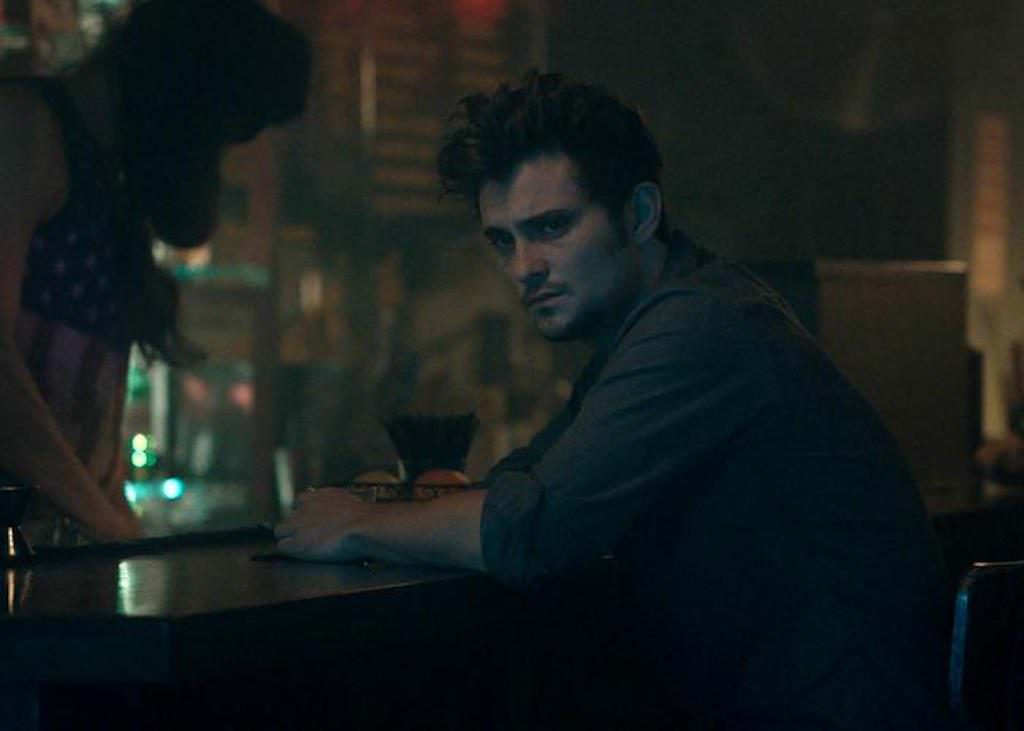 Writer/director Chadd Harbold’s Long Nights Short Mornings stars Shiloh Fernandez (We Are Your Friends, Evil Dead) as James, a young man looking for love (or perhaps just sex) in New York through a series of connected vignettes, each titled with the name of the woman he's courting (I use this term loosely). These vignettes unfold over the course of what feels like one very long, wild week (we don't know exactly how much time has passed) and we only see James through the prism of his interactions with these various young women. "It started as a kind of desire to tell a story about young people in relationships and having sex, and to be able to do that in a raw and real way that was emotional and vulnerable without being sentimental," Harbold says. If there's a film that captures the feeling of being a young, single, horny dude in New York with more feverish, melancholic intensity than Long Nights Short Mornings, I've yet to see it. Fernandez's performance makes the film an oddly affecting portrait of a young man who doesn't quite know what he's looking for, and each of the film's nine female leads give their individual vignettes a potency that belies their relatively short screen time.

I spoke to Harbold and Fernandez after their film bowed at SXSW about their collaboration and more.

Chadd, let's start with the script—where did this story come from?

Harbold: I was frustrated by seeing things that were either about two 25 year olds that have to stay in love and be together forever, or, a movie where everyone is cynical and has sex and nobody cares about anybody. I don’t think either of those are very real, so I wanted to make something that felt more real, while still respecting the characters emotions, and that things actually mean things to people, even if they’re not married.

What about the film's vignette structure?

Harbold: So the structure of the movie came from that, and wanting to watch a character through a very specific prism of only when he’s with a woman, and what we’d learn about somebody if we only looked at him through that. We never see him in any other context than when he’s trying to sleep with someone. So that I thought was a really interesting place to start with looking at character.

Are these vignettes in chronological order?

Harbold: He breaks up with Katie (Ella Rae Peck), then he goes to the warehouse party with Monica (Paten Hughes), and then they try to have sex outside her apartment when she’s locked out, but she says no, and so he texts Rapunzel (Addison Timlin), and then at the end of the film, when he’s kind of locked out again, he texts Rapunzel again, and she says ‘Yes,’ so, it’s in chronological order. But I will not tell you how short or long the timeline is.

Fernandez: I mean, we see Katie in the first vignette, and she’s an not only an amazing actress, but also has an amazing part, the way that Chadd chose to shoot her, focusing on her and forcing us to ask, ‘What is this guy doing?’ It’s the end of something. I’m not sure if you saw the trailer, but we keep cutting back to Katie. And in the film, he’s losing his shit, he has no balance left, and so he goes to this other girl, this flirty party girl, Monica, and they take drugs, and the thing is, it’s almost like this is where he realizes he could have been in bed with Katie, snuggling, and now he's not. So then Monica leaves him, so he texts Rapunzel, thinking, “I’m going to get deep and dark.”

There's a scene when you’re in the bathroom and having a kind of obsessive moment, running your hands through your hair over and over and over again. Was that in the script? Was this the portrait of someone falling apart, mentally?

Fernandez: That scene didn’t have a whole lot of description in the script. Coming into it, Chadd and I had spent a lot of time together, like a year of talking about it, which was very helpful, but this did not have a whole lot of description. I just knew it was a turning point. We didn’t talk about it very much. For me, Chadd’s directing was so subtle, the thing was we both came to the conclusion that I was not going to splash f**king water on my face. We both knew that, I mean I do that all in the time in real life, but the thing was about that scene was it was a very hard scene for me. I wanted to give Chadd what he wanted. This movie was all about giving Chadd what he wanted. It’s what made the experience so amazing to me, that I made this movie with him and for him.

Lily (Stella Maeve) is the one character who actually dumps James. That vignette is particularly brutal, as it flows from him being dumped to the moment they have in her apartment hallway where they have quick, pretty dark sex. What was that like to shoot?

Harbold: You know, it’s interesting, because I think the dialogue scene [when she dumps him in the bar] was way harder than the sex scene in the hallway. What I mean is we had two very game performers and we choreographed it, and they knew what they were going to do, and they did it. It worked. The dialogue scene, however, was actually even longer. We cut it down a little bit, it was ten pages.

Fernandez: They tracked me walking in, so it all had to start from the door, it wasn’t me just sitting there and then we started talking, it started at the door and Chadd tracked me and did this move with the camera to do this two-shot behind us. So with the kiss on the cheek, and then the camera comes around…

Harbold: We ran those ten pages probably at least 25 times, just over and over and over again, in a sweaty bar in the hot summer during the day with all the windows blacked out. So that was tough, and it’s a big scene for her, too. I think she’s really great in the scene. That was his audition scene, too.

Your character isn’t a bad guy, per se, but in this Lily scene in particular, you do start to inch towards being a bit of a coercive, selfish bastard, especially when you weasel your way into her apartment building by telling her you just need to use the bathroom…

Harbold: There was a great moment in the first screening here where Shiloh’s character goes, “Can I use the bathroom?” and everyone went “Ugh.” It was great. But it’s great because it adds to the complication of the scene in a way, too, where it’s so obvious to everyone, where I think it’s obvious to her, too. She’s not stupid, she knows him, she knows what they are together, so there’s some kind of acceptance on her part as well.

You filmed all over New York. Where exactly did you shoot?

Harbold: It was kind of all over, and that was part of it, too. There’s this diversity of different kinds of people, and women. It was some Williamsburg, some Bushwick, some Lower East Side, some Carroll Gardens, and some Bed-Stuy.

Fernandez: And then Rapunzel lives in Columbus Circle. And his epic run is out of Manhattan, to go back to wherever his house is.

Harbold: That was one of the most difficult parts of the production, securing all the locations on a low budget. We shot in 22 days, and we basically had 25 locations, so we were in a different place every day, and on top of that, this gets into some production nuts and bolts, because we were shooting in bars, you could only shoot during the day, five am to five pm, so we’d do that for the first half of the week, then slowly go into nights, and by the end of the week we were doing five pm to five am, and then re-setting the next week. So we were all crazy by the end.

There’s a lot of extras in that club scene, too…

Harbold: We did some fancy shooting trickery, that was a great location because it had three rooms, so we could make the club look really big, and we’d just move extras, have them change their shirt.