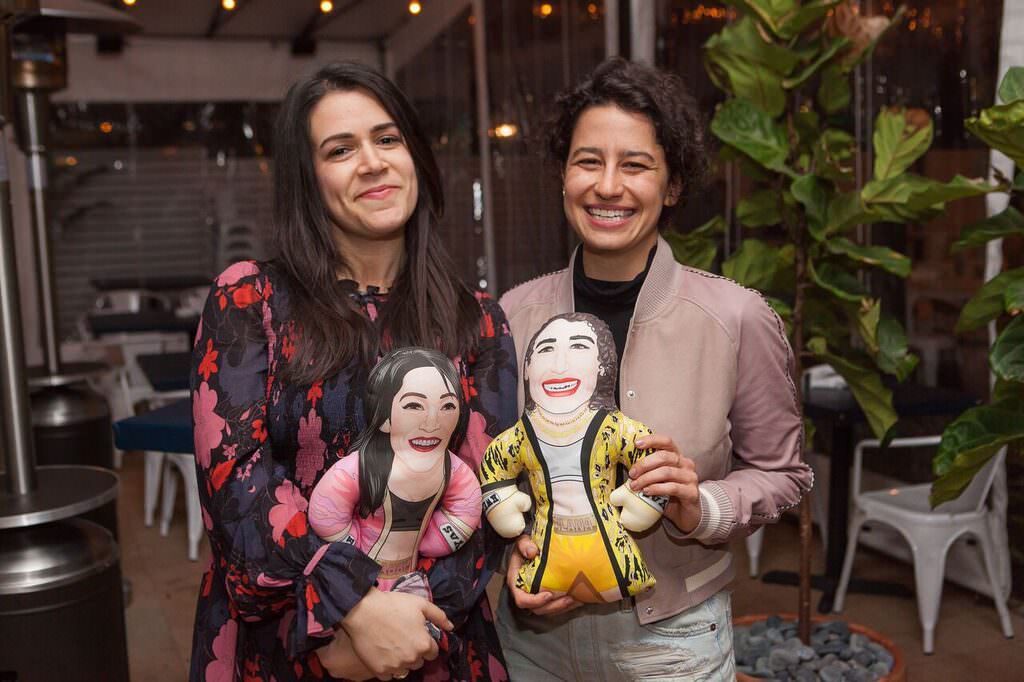 YAS QUEEN! Ilana Glazer and Abbi Jacobson of Comedy Central’s Broad City brought their special brand of irreverence and humor to SXSW on Saturday. Featured on a panel hosted by Maria Clare’s editor-in-chief, Anne Fulenwider, the friends chatted about their hilarious comedy and so much more.

Starting as a web series, Broad City made its television premiere in January 2014. The third season, which began on February 17, 2016, will complete its initial run on April 20, but not without quite a few more tricks up its sleeve. (The show has been renewed for two more seasons.)

Season 3 has been all about cameos, including Tina Fey and Amy Poehler, and just last week we were treated to Vanessa Williams and Whoopi Goldberg making their Broad City debuts. Yet the most crucial cameos have yet to happen; Glazer and Jacobson shared that both of their moms are going to be on the show.

During the panel the duo also announced their biggest cameo coup (no offense, moms)—Hillary Clinton will appear during this Wednesday’s episode. Jacobson said the episode was written about a year ago, “It was really more that this is something Ilana’s character would do. Hillary, even regardless of where we stand – and we love Hillary – is such an iconic figure. These girls being around her is not an everyday thing. It’s how we feel being around her: ‘Wow, this is a different world.’”

The two were able to land Clinton with the assistance of executive producer Amy Poehler, who impersonated the former secretary of state on Saturday Night Live. The episode, which features Ilana’s character joining the Clinton campaign, also co-stars Sex and the City’s Cynthia Nixon and Mash’s Alan Alda.

In addition to talking about the cameo from the presidential hopeful, Glazer and Jacobson discussed costuming, and for a bit of fun and added levity, the last three things they bought on their credits cards.

Jacobson said that when they're deciding on their costumes, they work with the costume designer and buyers. "I like for it to be kind of bad. A lot of it is my f**king clothes, but from when I was, like, 22… Stuff that's like, I can't believe I wore that for so long.” The costumes are just another way to add an additional layer of arrested development for their characters.

During a series of rapid-fire questions, Fulenwider asked Glazer and Jacobson about the last three things that they purchased. Jacobson responded – coffee, markers and a humidifier. When pressed on whether she bought the humidifier at Bed Bath and Beyond, she responded, “I'm afraid to go into Bed Bath and Beyond. I bought it on Amazon." Glazer’s purchases were equally as mundane, yet amusing, as everything is that comes out of their mouths (imagine the kick they'd get out of that statement, and how much they'd turn it into a dirty joke), including the dress she was wearing, rubber ice trays from Amazon and nut bars from the airport.

When asked about what’s up next, Glazer talked about her new Comedy Central series, Time Traveling Bong, which will debut on April 20th (4/20, folks). It is about how "anyone who’s not a white dude can’t time travel and have a good time." Jacobson talked about her new adult coloring book, which is not really just for adults. She is also in the upcoming Human People with Michael Cera and Tavi Gevinson.