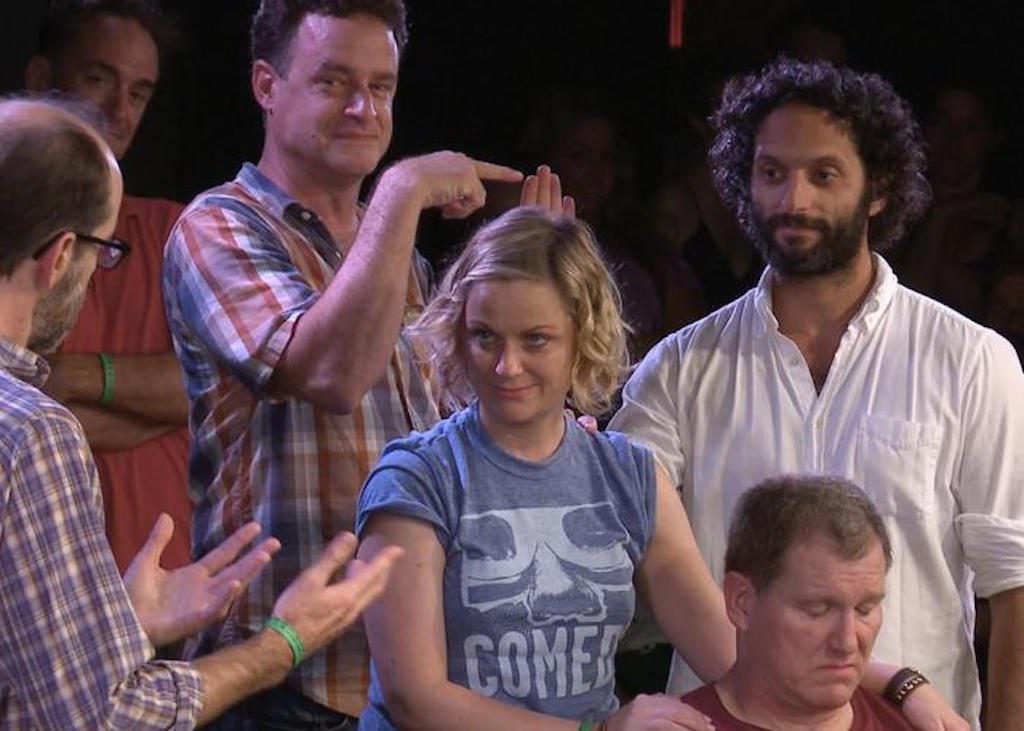 You've probably never heard of Del Close, but you’ve definitely heard of the people he’s taught, inspired, and helped turn into legends—Bill Murray, Amy Poehler, and Chris Farley to name a few. Director Todd Bieber, who has directed for Comedy Central, Vice, IFC, and more, was approached by legendary sketch performers, actors and co-founders of The Upright Citizen’s Brigade, Matt Walsh (Veep, Step Brothers) and Matt Besser (The UCB Show, Rick & Morty), about doing a film about Del Close, a man who was something close to a prophet. Having elevated the long form sketch comedy routine into an art, and shepherded some of the most talented comedians to a level of stardom he himself would never achieve, the film that Bieber directed and Walsh and Besser produced, Thank You Del Close: The Story of the Del Close Marathon, was a way to honor a true titan of comedy.

I sat down with the three of them after Thank You Del had its' world premiere here at SXSW in Austin. Thank You Del Close is a hilarious, haunting look at the legendary, obscure high priest of long form sketch comedy, and the epic sketch comedy marathon that bears his name. 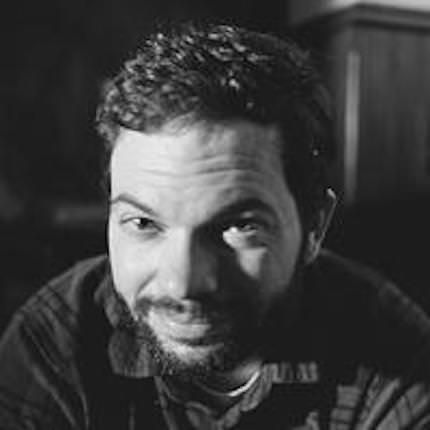 Todd, why this project?

Bieber: That’s a good question. Honestly, these guys came to me and said they wanted to do a documentary about the Del Close Marathon, and I think I’d been filming backstage at Asssscat (the improv group orginally formed by Besser, Walsh, Ian Roberts, and Amy Poehler), and doing little bios on individual comedians at that point anyway. And I’m obsessed with learning the process of comedy. I love explaining a joke, breaking down why something is funny, so I think exploring this is very fun for me. But also, all of my comedy heroes came from this guy who I didn’t know until I was in my late 20s, and that seemed stupid. I think that like everybody else who wants to explore where long from sketch comedy comes from, when you find out it came from a single source, it seemed ripe for a story.

Besser: A lot, maybe most. I would say even people in the marathon, there’s probably even kids who are performing and don’t know about him at all.

Walsh: I think people who are in the audience think of improv comedy as Amy Poehler and Tina Fey, those are their touchstones. I don’t think they go back deep enough, they’re so far removed, but this documentary might actually change that.

How the hell did you guys choose what goes in and what to leave out? Did the footage dictate the narrative, or did you go in with a set idea of what narrative you wanted to craft and then you went and found the best possible corresponding footage?

Bieber: It was a little of both. It started out at first as a concert film. I sent out ten cameras all over the world to teams that were converging on the Del Close marathon. There were teams from Japan and Puerto Rico and Missouri, and then once you got in there and cut that together and see these narratives, it was clear that the Missouri story was one that really touched the heart a lot. And once you started to piece that together, you realize you also have to define a lot of stuff. We always wanted this to be about Del Close, but those interviews with The Committee (an improv group in San Francisco that included Del Close for a time) and Charna Halpern, who helped him in Chicago, that came about a year after. A documentary often tells you what it wants to be, not you telling it. Anytime you try to fight it, it doesn’t work. And then finding that invocation that Del gives, it was some of the most amazing footage that I’ve ever seen of anybody giving a monologue about themselves, and I knew that had to go in.

There’s a melancholy undercurrent to the film, a bit of a haunted feeling….

Walsh: Part of that was the music manipulating your emotions.

Bieber: There was a scary version too.

But seriously, guys—especially you, Matt and Matt, who knew him and studied under him, did you feel that tinge of sadness while working on this? It’s not just about losing Del, but you think about Chris Farley…

Walsh: I didn’t go to that world, I didn’t extend past Del to other people who tragically were stopped short in their career and life, but in general, the more I’ve gotten to know Del posthumously through books and this film, the things I've found out about is the tortured nature of his life. The more I learn, like seeing him do that monologue about how he sees himself in the legacy of comedy, where he admits to being this portal that people can walk through, it’s pretty crazy. But that sadness you pick up on, he’s in conflict with it in that moment, but also, I think he was accepting it, too. So I do see the sadness, beyond addiction, but many elements to his difficult path were ones that he had to go through to be a good teacher.

Besser: In the documentary we show him on his deathbed, literally, the day before he died, it’s difficult for me to watch that. I don’t know if I’m going to watch that again today when we have our second screening, because I’d never seen it on the big screen, and I was like, oh my god, I’ve seen 20-times during the edits, but on the big screen…it’s like watching a conversation with your dad all over again, and it’s difficult. He was my comedy dad, so yeah, it saddens me to even talk about it right now.

Okay, let’s switch to something positive…so you guys have all done sketch comedy for a long time and have excelled at it; what does it feel like, physically and emotionally, when it’s clicking, when you’re on stage and you’re just killing it?

Besser: I have a podcast which is not done in front of an audience, this is a long way of answering your question and getting a plug in for my podcast, but, when we first started doing it without an audience, it was weird for the improvisers because we were used to having an audience telling us whether we were killing it or not. And sometimes you even direct your scene based on the clues the audience is giving you—we'll go, Oh, this is the funny part and this is what we need to focus on. And lately, I think me and the other improvisers, we don’t talk about it much, but you can feel, Oh, we’ve been doing some okay scenes, but this scene could be written up and be a sketch. I think that’s what you’re always ultimately shooting for when you’re doing improv; it's whether a scene is so good that you could get off the stage and go write it up. When we started, it used to be that people would go, ‘We had a great show last night, but if I told you about it, you’d really have to be there…it’s just not as funny if I told you about it.’ And I think we kind of fought that after a while. Why should it be hard to explain? It should be like a sketch you just saw on SNL last night, so why shouldn’t you be able to tell someone about it? That should be what we’re shooting for, that you can tell someone about it the next day, and it still seems funny, it’s not just the crazy wackiness of coming up with it in the moment, it’s good enough that it could be written up. I think that was Del’s theory the whole time; the sketch is it’s own performance, and it's worthy theater in its’ own right, it’s not just a tool for coming up with material.