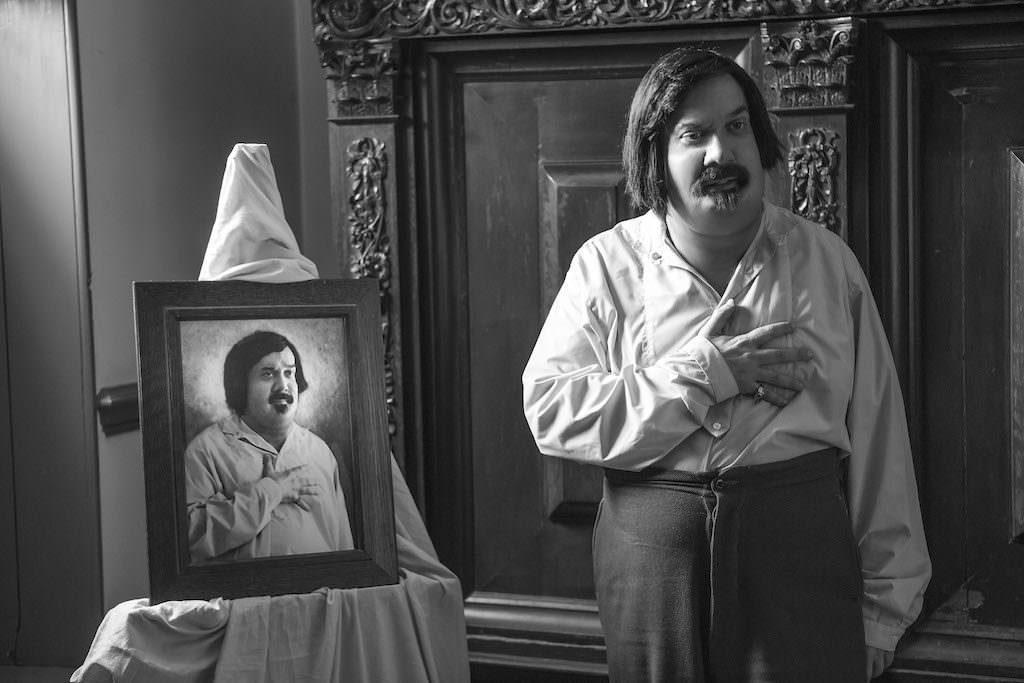 The New Yorker Presents, a 10-episode half-hour series that debuted February 16 on Amazon Prime, brings the venerable magazine, The New Yorker, to life through a cinematic smorgasbord of short documentaries, narrative films, poetry readings, animated spots and more based on the publication’s content. Produced by award-winning documentarian Alex Gibney’s Jigsaw Productions and Condé Nast Entertainment, The New Yorker Presents boasts a distinguished crew and cast, including directors Jonathan Demme, Lucy Walker and Michael Slovis, and actors Alan Cumming, Andrew Garfield and Paul Giamatti. The show premiered with sold-out screenings at the Sundance Film Festival this past January, and garnered a Critics Consensus on Rotten Tomatoes calling it “classy, polished, and culturally educational.”

At the helm is showrunner Kahane Cooperman, who came on board just a few days after The Daily Show with Jon Stewart, where she spent almost two decades and rose through the ranks to become co-executive producer, bid adieu to its audience. Highly skilled in television production, Cooperman is also no stranger to filmmaking. She studied the craft at Columbia University, began her career at Maysles Films, and has produced and/or directed several documentaries, including Cool Water and Making Dazed. The Credits spoke with Cooperman about The New Yorker Presents shortly after its debut. Excerpts from the interview follow.

How would you describe The New Yorker Presents?

When I first came onto the show, the pilot had already been made, and if you read the description of it, it said docu-series, and I’m like this just isn’t a docu-series. I mean there’s nonfiction in it, but there’s so much more…the way we’re looking at it…it’s a new form of newsmagazine show. We’re not trying to create The New Yorker and just take pieces and visualize them. We want to start with those pieces and then let these filmmakers take them to another place.

How far back do some of the stories go? How many stories or issues did the team wind up reading?

All in all hundreds of issues were read and hundreds of articles. We have access, believe it or not, all the way back to the very first edition of the magazine in 1925, so it’s hard not to be overwhelmed. It’s also challenging, especially in the first season where you’re figuring out sort of who you are and how to do this, to go back to some of the much older material and find the right way to do it. So I have a lot of ideas that I hope to implement if we get a season two. But for season one, the farthest back we went was, I believe, about 16 years.

Were there certain criteria in terms of the pieces you selected?

Number one was, obviously, we were looking for really compelling stories and a range of subjects and a diversity of voices. We just wanted to be hearing different perspectives from all different kinds of people on all different topics, which is pretty easy to find in The New Yorker. But then you have to narrow it down to stories that are conducive to film. Not every story is easily visualized… So we also had to look at it from a [filmmaking] point of view and how will this work. And then there were also logistical things, and that we would find out along the way. Like we might have been incredibly interested in one article only to find out that it had already been optioned for a feature film. But once we sort of narrowed it down to what I call a menu—my idea was to create a menu of stories that we could present to filmmakers, that they could literally look at this menu and be like ‘Oh, my God, that’s a subject that I want to make a film about’ and be incredibly excited about it… And with the filmmakers and the stories that we were showing them, we also said, ‘You know, if none of these excite you, let us know and we’ll give you some more options, or if you’ve read something recently or there’s a story that you remember, let us know, we’ll look into it.’

What was the main challenge behind ensuring a fine balance of content and length for each episode?

For our centerpiece films, which are the films that were made by these acclaimed outside filmmakers, we didn’t have an exact to the minute. We had a range. I think we asked them to come in somewhere between either 12 or 13 to 15 minutes. We want the filmmakers to run with the essence of that piece, that article, or something from that article and expand on it and sort of make it their own, so that’s what I mean when I say we’re not looking to recreate to a T what you’ve already read in the articles.

You have well-known filmmakers like Jonathan Demme on board. Did any filmmakers learn about the project and seek you guys out, or was it just a matter of you picking who you wanted to work with and then going to them?

I come from a film world, our supervising producer Jack Lechner comes from a film world…and then of course, Alex Gibney, so there were some personal relationships, but also there was just that wow, who could we reach out to? It was interesting approaching people because when you mention The New Yorker and Alex Gibney, people get excited right away. It means something to people. That being said, we needed these people who were very busy to be able to turn around a very high-quality product, film, with their stamp on it in a quick period of time, and it doesn’t work for everybody’s schedule. Who we ended up getting films with, which are all amazing people, were also people that could accommodate our schedule.

I found it very [interesting], because no one film was like anything else. And it was fascinating to be part of the creative process along side these filmmakers, and in working through notes on the film or anything else just to see where they were coming from, their perspective, what meant a lot to them, and I was very protective of the filmmaker’s vision.

Cartoons are a signature of The New Yorker, and the show recreates them in short segments. Did you work with the original artists?

Yes, those are the artists. You’re seeing them as they’re drawing [the cartoons]. We put cameras over them and to the side of them to capture it and then do time lapse. It’s really a beautiful thing to watch and come to life.

The show’s rollout is staggered, with two episodes released a week for five weeks. What’s behind this strategy when you’re appearing on a streaming service that typically offers a full season all at one time?

That’s Amazon’s call, an unusual one and an interesting one that’s getting some attention, which is not why I think they did it. I think they did it, first off, [as] a nod to the magazine. That magazine comes out once a week, and for those who read it, you look forward to receiving it, you wonder what’s gonna be inside of it, what stories it’s gonna be that week, so there’s kind of an anticipatory feeling that’s associated with The New Yorker. So that’s one part of it…I [also] think Amazon was thinking this isn’t episodic. You’re not following one storyline all the way through. There’s not a cliffhanger at the end of every episode, so they could play around with it a little bit.

How did you come to be showrunner?

I had worked at The Daily Show for more than 18 years. It was a fantastic 12-week gig that turned into a huge part of my life. But I had been hired there originally for my documentary filmmaking background, that’s where I was coming from, frankly that’s what I loved. As much as I could be, I still had a foot in the documentary world and because of that I had met Alex Gibney a handful of times socially. I can’t say I knew him all that well. But Jon Stewart announced on the air on a Tuesday that he was gonna be leaving the show and the next day Alex Gibney got in touch with me and said, ‘I don’t know what Jon’s announcement means for you, but we have a rather extraordinary opportunity here.’ He mentioned The New Yorker show and he said did I want to discuss it. And I leapt at it, because it was like a dream come true…something that took my television production experience and my filmmaking background and sort of combined it.

What do you bring to The New Yorker Presents from your Daily Show experience and how does your filmmaking aesthetic come into play?

Well, I think from the television production standpoint, I bring sort of these innate managerial skills and machine-building skills, for lack of a better word. I mean I had to, with my team, build a machine that was capable of producing more than 50 short films, all of a high quality, in a very short period of time. I came out of The Daily Show Field Department…producing these short pieces and with many going on at the same time in multiple phases of production. From the filmmaking standpoint, I was able to have a sense of storytelling, which is at its heart what each of these films is about. And that’s what The New Yorker magazine is about.

When will you find out if you’re getting picked up for a second season?

That’s the best question in the world. I don’t know. Everyone’s waiting and hoping that it happens.

Will you follow the same format or do you think there’ll be some tweaking?

Oh, I think we should tweak…one of the things I learned at The Daily Show is never rest on your laurels and always keep trying to expand and improve and add to it, because otherwise you’re just never gonna evolve. I would like to think that we have a great starting place, and let’s just keep moving forward with it.