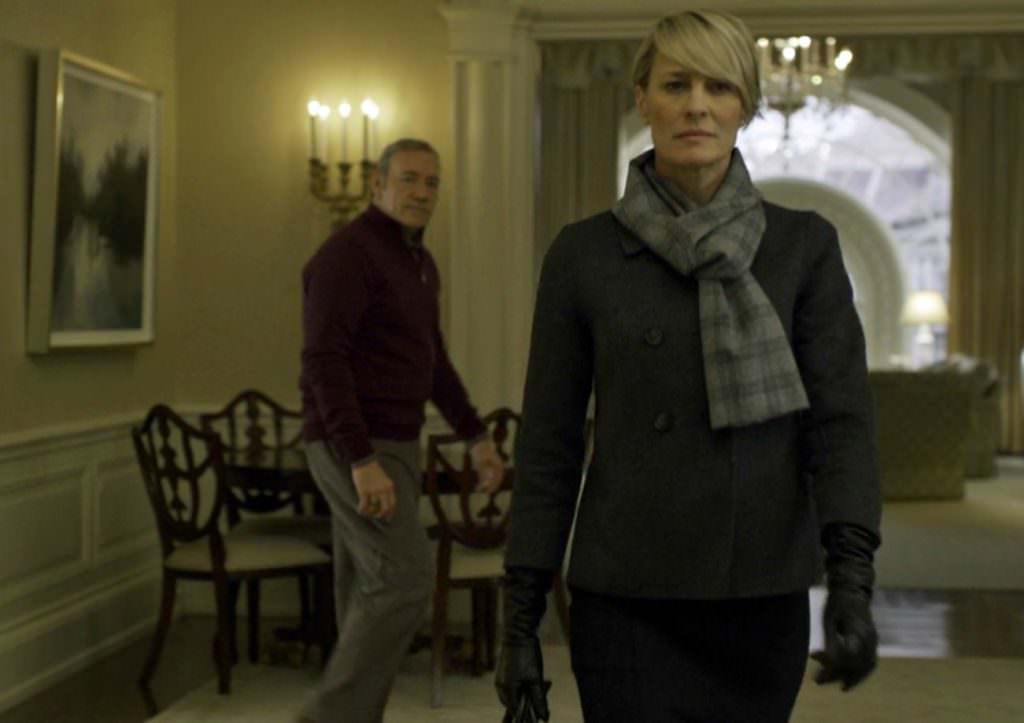 This seems like nothing but good news. Robin Wright, who has been scorching television (and gadget) screens for four seasons as the indomitable Claire Underwood on Netflix's House of Cards, is getting close to inking a deal to join Ryan Gosling and Harrison Ford in the Blade Runner sequel. For fans of the original (pretty much anybody who loves sci-fi at its' very best, Harrison Ford, and Ridley Scott, so, a lot of folks), the sequel is quickly trending towards "we can start getting really excited about this" territory. First, you've got Harrison Ford returning as the iconic Rick Deckard and Ridley Scott on hand to produce. Right there, this sequel is in good hands. Then you add the fantastic director Dennis Villeneuve (Sicario, Prisoners) and Ryan Gosling, and now you're in a big group hug. So the news that Wright is likely to join the cast, an actress who do just about anything (sweet, sour, warm, ice cold, but always, it seems, intelligent) and it's officially time to start hyping this thing!

Okay, maybe not, but still—these are all good omens for one of the rare sequels that everyone seems to want.