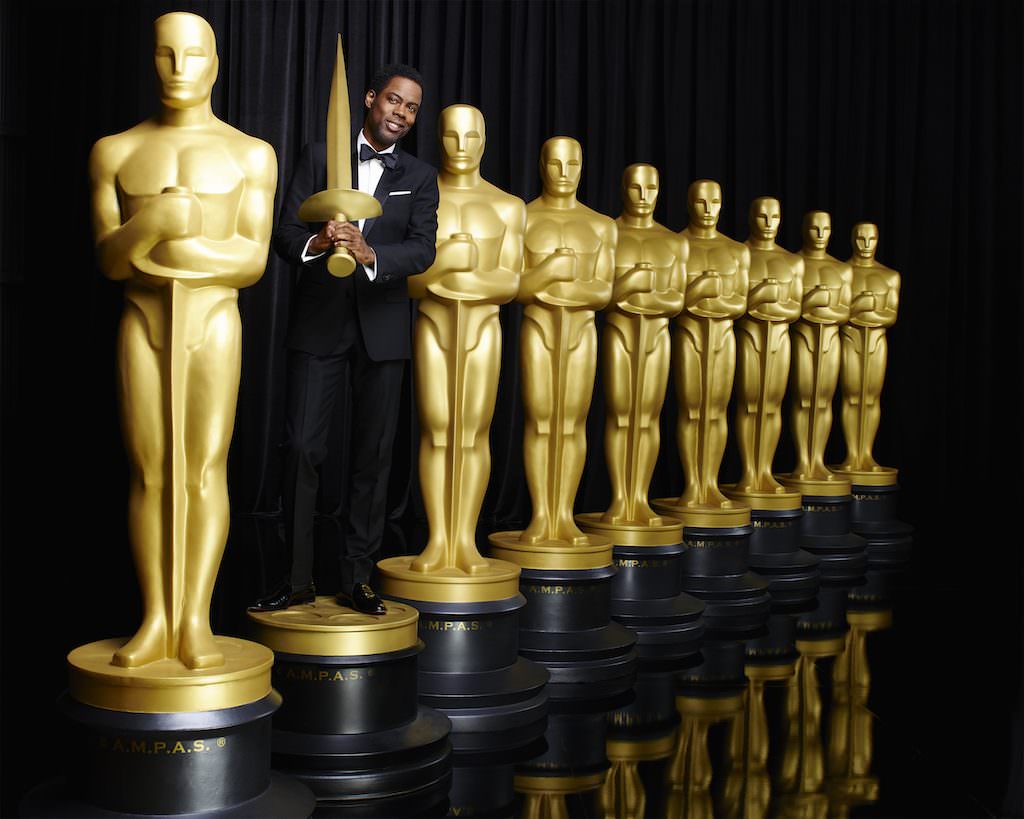 The 88th Academy Awards began in a torrent of controversy — the dearth of nominees of color for the second straight year. While host Chris Rock’s skewing of the race issue was swift, relentless and very funny, the takeaway from Hollywood’s big night were the several upsets that caused prognosticators to choke on their bean dip and tipped over more than a few office Oscar pools.

The biggest surprise of the night was the top prize. The Best Picture winner turned out to be not the frontier survival/revenge story The Revenant, as widely expected in the weeks leading to the telecast, but the solid indie Spotlight about how dogged Boston Globe reporters exposed clergy sexual abuse and the cover-up by the Roman Catholic Church.

Spotlight won just one other Oscar, for director Tom McCarthy and Josh Singer’s Best Original Screenplay, making it the least-rewarded Best Picture winner since 1952’s The Greatest Show On Earth. The Revenant, meanwhile, which led the field with a whopping 12 nominations, won three, but they were major wins.

Best Cinematography winner Emmanuel Lubezki took home his record third consecutive Oscar after winning for Gravity in 2013 and Birdman (Or the Unexpected Virtue of Ignorance) last year. Leonardo DiCaprio, long the front-runner in the Best Actor category, earned a standing ovation for finally winning the statuette on his fifth nomination. His first, for supporting actor, came back in 1994 for What’s Eating Gilbert Grape, followed by lead actor nominations for The Aviator, Blood Diamond and The Wolf of Wall Street.

This year’s Oscars again proved that the award for Best Director is no longer tied to Best Picture, a rule of thumb in the distant past. Again, voters broke the two awards up, with Alejandro G. Iñárritu winning Best Director for The Revenant. Iñárritu’s Oscar was his second consecutive win after last year’s Birdman (Or the Unexpected Virtue of Ignorance), making him the first back-to-back winner in the category since Joseph L. Mankiewicz in the 1950s and John Ford in the 1940s.

For weeks leading to the telecast, buzz was divided amongst The Revenant which scored big at the SAG and DGA; The Big Short which took the PGA; and Spotlight which won at the SAG and Independent Spirit Awards. Some speculated that the lack of a clear favorite might have created a split that allowed Spotlight to sneak in. Despite some momentum, The Big Short’s sole win, as expected, went to Adam McKay and Charles Randolph for Best Adapted Screenplay.

Besides DiCaprio, the other acting winners also were expected. Brie Larson was named the year’s Best Actress for her role as a captive mother in Room. Alicia Vikander took the Supporting Actress prize for her meaty role as a painter and the wife of the film’s titular character in The Danish Girl. But the upset of the night among the acting candidates was Mark Rylance’s Best Supporting Actor win for his understated turn as spy Rudolf Abel in Bridge of Spies. Although Rylance had scored with many critics’ groups, Sylvester Stallone was heavily favored for his sentimental return as Rocky Balboa in Creed.

There were other surprising wins. Mad Max: Fury Road owned the technical categories and ended up with six wins out of its 10 nominations for the evening’s biggest haul. The film, directed by Australia’s George Miller, won Oscars for costumes, production design, makeup and hairstyling, editing, sound editing and sound design, making it the most successful Australian film in Oscar history.

The morning-after critics generally gave high marks to comic Rock in his second Oscar hosting stint, never an easy gig and particularly tough in such a charged year. But Rock did what most viewers expected and hoped: he didn’t just point out the elephant in the room, he attacked it with gusto. Besides Rock’s jabs, the Academy itself took on the issue. The ceremony included a clever sequence with black actors sending up nominated films — a menacing Leslie Jones subbing for the bear in The Revenant; Tracy Morgan scarfing down a danish while dressed in The Danish Girl drag; and Rock himself as an abandoned astronaut dissed by ground crew Jeff Daniels and Kristen Wiig in The Martian.

The evening’s entertainment also included performances of three of the five best song nominees. The Weekend’s “Earned It” from Fifty Shades of Grey and Sam Smith’s “Writing’s on the Wall” from the James Bond film Spectre underwhelmed. But Lady Gaga, introduced by Vice President Joseph R. Biden who urged that attention be paid to campus sexual assaults, delivered a rousing rendition of the anthem “’Til It Happens to You” from The Hunting Ground, a documentary about the topical issue. Gaga was backed up by a chorus of abuse survivors, many of whom appeared in the film. The song was favored to win, not just for its potent subject matter but also because it was composed by eight-time nominee Diane Warren. Instead, Smith and songwriting partner Jimmy Napes won for their ‘‘Writing’s on the Wall.’’

There were also upsets in the shorts categories. Most handicappers picked Jamie Donoughue's Shok, the first Kosovo film production to snag an Oscar nomination, to win the Live Action category. But Benjamin Cleary’s Stutterer snagged the award. Most had predicted Claude Lanzmann: Specters of the Shoah to take home the Oscar in the tough-to-call Best Documentary Short competition. The winner was Sharmeen Obaid-Chinoy’s A Girl in the River: The Price of Forgiveness which exposes the horrific “honor killings” of young women so common in Pakistan.

But the biggest upset came in Best Short Film (Animated) with Gabriel Osorio’s heart-wrenching Bear Story, an allegory about destroyed families during Pinochet’s dictatorial reign in Chile, besting Don Hertzfeldt’s World of Tomorrow. That film was widely favored after it won the grand jury prize at Sundance and top prizes at many other film and animation festivals. As usual, the shorts proved to be the spoilers in many Oscar prognosticators’ otherwise predictable scorecards.