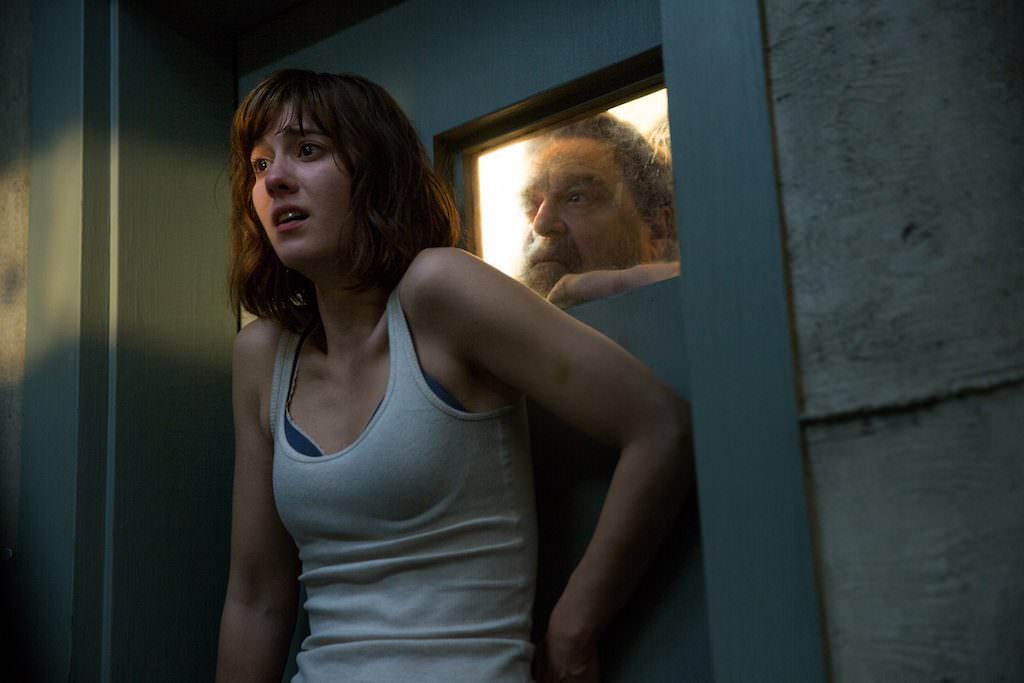 This Friday, March 11, all the speculation about 10 Cloverfield Lane will end and we'll finally know for certain what is happening on this now infamously sketchy street. Has the monster from Cloverfield returned (this new clip once again seems to suggest that John Goodman's character isn't the only thing that's menacing our heroine), or, has something else, tangentially related to the original film (thus earning J.J. Abrams' "blood relative" description of the two films' relationship) but quite different, brought hell back to earth?

In this new clip, titled "Be Prepared," we get a good amount of new footage of the terrifying predicament Michelle (Mary Elizabeth Winstead) is facing below ground, after being "saved" by Howard (John Goodman), who claims to have found her at the scene of a car accident. Michelle is now marrooned underground with Howard, who says he brought her to his bomb shelter after a chemical attack obliterated the surrounding area. What's real? What is it that seems to be trying to get in? What's that vague roaring sound outside? We won't know until we see the film, but this clip once again seems to suggest that director Dan Trachtenberg and his cast and crew have created a credibly terrifying thriller, one that has been shrouded in secrecy and will finally, come Friday, be forced out into the light. Our guess is what we find will be unsettling in the extreme.