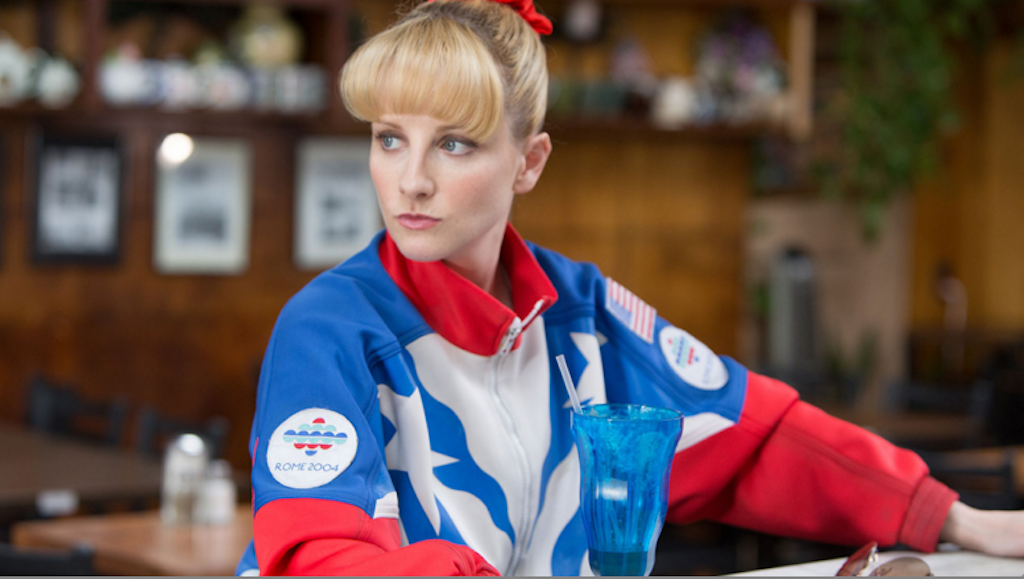 Melissa and Winston Rauch’s Golden Script for The Bronze

In Bryan Buckley's The Bronze, co-written by star Melissa Rauch and her husband Winston, a small town girl who was once America's sweetheart has gone to seed in the most American way possible; by milking her minor celebrity for freebies and handouts. Rauch plays Hope Ann Greggory, a former gymnast whose gusty performance on a ruptured Achilles heel at the world’s most prestigious gymnastics tournament earned an unlikely bronze medal for the U.S. team, and fame and glory to both Hope and her hometown of Amherst, Ohio. But when we meet Hope eleven years later, she's still wearing her Team USA gym suit, still rocking the bangs and ponytail, and still living with her father, Stan (Gary Cole). She's been riding that bronze medal win for all its' worth, stretching her fifteen minutes of fame into years of embarrassing behavior.

Yet Hope gets some hope; if she can coach Amherst’s newest gymnastics prodigy Maggie (Haley Lu Richardson), she can then win a sizeable financial inheritance. Only this would be mean that Hope would have to cede the spotlight to the young gymnast who may just eclipse her bronze medal performance with a silver, or, gasp, a gold, and become Amherst's true hometown hero. So the question is; does Hope help Maggie and move on, or, does she screw up the young athlete's chances to remain the only star gymnast in Amherst? 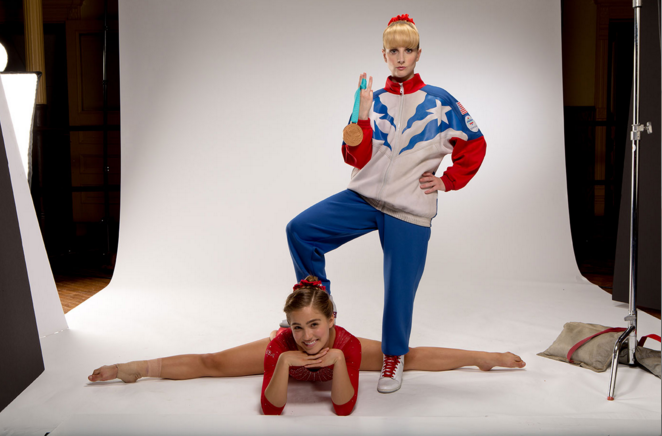 "By virtue of the film’s very name The Bronze — the writers of this already piqued my interest," Buckley says in the production notes. "I mean let's be serious, who truly celebrates coming in third? Heck, the Greeks didn't even include a bronze in their original Olympic games. It was a 20th century politically correct afterthought."

Yet the script was gold, and Buckley couldn't put it down.

"And so when I began to read The Bronze I expected something within the pages to be a somewhat demented and tad ironic explanation of this trio’s obsession with America's worst medal…Now 11 years later she was slowly slipping from the American consciousness into obscurity," Buckley says. "Her last stand of fame is the sleepy town she was born in. Coddled by her dysfunctional uber-enabling father. Hope was the ultimate forgotten star. A victim of the system like so many pro athletes who with one tear of an ACL find their life come unglued. Their whole identity, stripped."

Who better to play Hope than Melissa Rauch. She's already been a beloved character in CBS's juggernaut The Big Bang Theory, playing the super smart, super feisty Bernadette. Here, Rauch is going a totally different direction with Hope, a foul-mouthed anti-hero. Rauch and her writing (and life) partner Winston cited comedic performances like Jack Nicholson's in As Good as It Gets as a touchstone for Hope. “To us, the best comedies come out of characters that don’t pander to an audience by striving for likeability as their primary concern," Rauch says in the production notes. "What’s more interesting are the facades we put up over our vulnerabilities, because everyone has their flaws, everyone is struggling with something. Some people just hide it better than others.” Hope has become, as Rauch puts it, "her own false idol." "Her unwillingness to reset and engage with a new phase in her life creates a grotesquely miserable person. She’s in pursuit of every hedonistic pleasure that could help her experience the highs of a moment deep in her past, but it’s a fool’s errand." 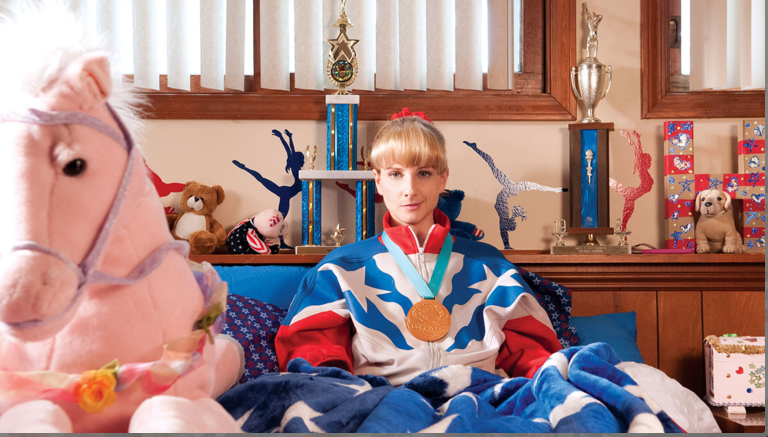 “We knew this was going to be a dark comedy, but what was most important to us was to tell an honest, character driven story," says Winston Rauch. "We feel the tone of the film reflects the full spectrum of emotions you experience in life, from dark, privately held inner pain, to the heights of adrenaline that come from stepping out of your comfort zone to chase a dream.”

Hope's experience in the film is drawn from Rauch's own experiences as an actress. Before she married Winston, they were writing partners, and the one-person show they created for her, "The Miss Education of Jenna Bush," was a hit at the 2005 New York Fringe Festival. This led to smaller roles for her on television, which delighted the folks in her hometown in Central New Jersey. “I’d go back home for the holidays and people at the mall would recognize me and I’d get a free pretzel at the food court and think ‘wow, I’ve made it,’Rauch says. "Then the next year, after the show was cancelled, I’d come back – no free pretzel.”

As for finding the Ohio version of Central New Jersey, production designer David Skinner is credited with leading the filmmaking team to Amherst, with a population of roughly 12,000 and 40 miles west of Cleveland. The fact that Ohio has great film tax credits and a highly collaborative film commission was a huge boon. The look and feel of the town helped make Hope's hometown feel authentic.

“Those mid-America, small towns are little ecosystems unto themselves," Buckely says. "I grew up in New England and knew a lot of small towns like this as a kid, but I honestly didn’t know if they existed anymore. Amherst was just perfect – they had never had a movie shoot there, so the locals had all of the enthusiasm and excitement that comes as a movie. Their Main Street is full of businesses and not one of them is a franchise. It’s a special place, and I know we wanted to show the real people of that town and make sure we stayed true to showing this world as accurately as they could.”

Yet it all comes back to the script that the Rauches delivered, from which this all too American tale of fame soured—but second chances found—was what drew everyone to the project.

"As I turned from one page to the next, this dark foul-mouth spoiled character began to expose her misunderstood beauty, her honesty, and her struggle to love herself and those around her," Buckley says. "When I reached the script’s final page, I was beyond sold. And I joined The Bronze entourage."