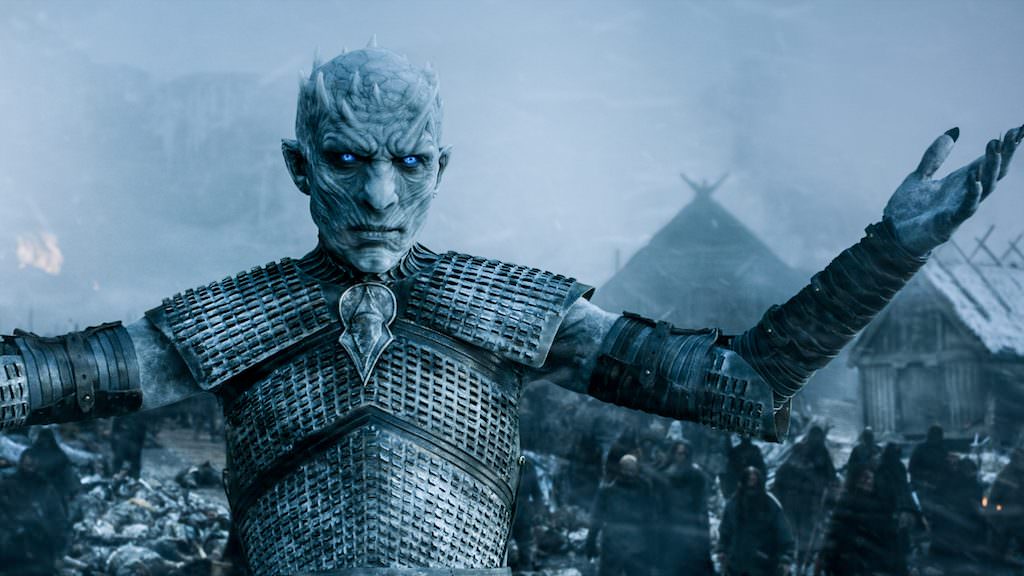 Making the Night’s King: Inside Game of Thrones Season 6

You're allowed to be very excited for season six of Game of Thrones. Showrunners D.B. Weiss and David Benioff told Entertainment Weekly that season six is "the best one we've done." Granted, they're the showrunners, what else are they going to say, but with a ton of mysteries going into the season, and just about all of the major power players in various states of distress, Weiss and Benioff's excitement makes sense.

“Dan and I talk about this a lot," Benioff told EW. "This is not us trying to hype it. Usually there’s an episode or two we’re kind of nervous about, that didn’t turn out as well as we hoped. This season there is not a weak episode. We had great directors who knew what they were doing, paired with excellent [directors of photography]. We thought at the script stage it might be our strongest season. Then the episodes came in better than we hoped. We’re always reluctant to say it’s ‘the best season yet’ because so much of that is in the eyes of the beholder. And Dan and I are so close to it that it’s impossible to be unbiased. But that’s my sense – watching them all together now, this is the best one we’ve done. It’s also the one I’m proudest of, because it was the hardest.”

What Weiss and Benioff surely could have added is that along with their directors and cinematographers helping to make season six the best to date, it's their below-the-line talent like the prosthetics department that turn the most wild aspects of Westeros into reality. GOT prosthetics designers like Barrie Gower help conceptualize, design and make the prosthetics that turn fine actors into some of the most fearsome characters on the show. Take the Night's King (featured in the above image), the leader of the White Walkers, who has become an increasingly important figure and will likely play a huge role in season six. It not just prosthetics designers who are responsible for turning actor Richard Blake into the pale, horned leader of the undead army, but sculptors, mold makers, hair dressers, silicon experts and more. The prosthetic that Blake needs to wear over his head must be durable, breathable, and light—it takes a team of experts to turn him into GOT's most powerful villain, and for one character like the Night's King, it takes them roughly four weeks to create the prosthetics.

To get a better understanding of just how crucial, and incredible, the work of the prosthetics team is, HBO has released this Inside GOT prosthetics featurette. "What makes Game of Thrones so special is I don't think I've ever worked on a show with such a varied amount of prosthetics," Gower says. "It's very rare to work on a project where you'll be decapitating a person one week, and then working on a full body prosthetic the next week."

Here's an inside look at the work Gower and his team do.