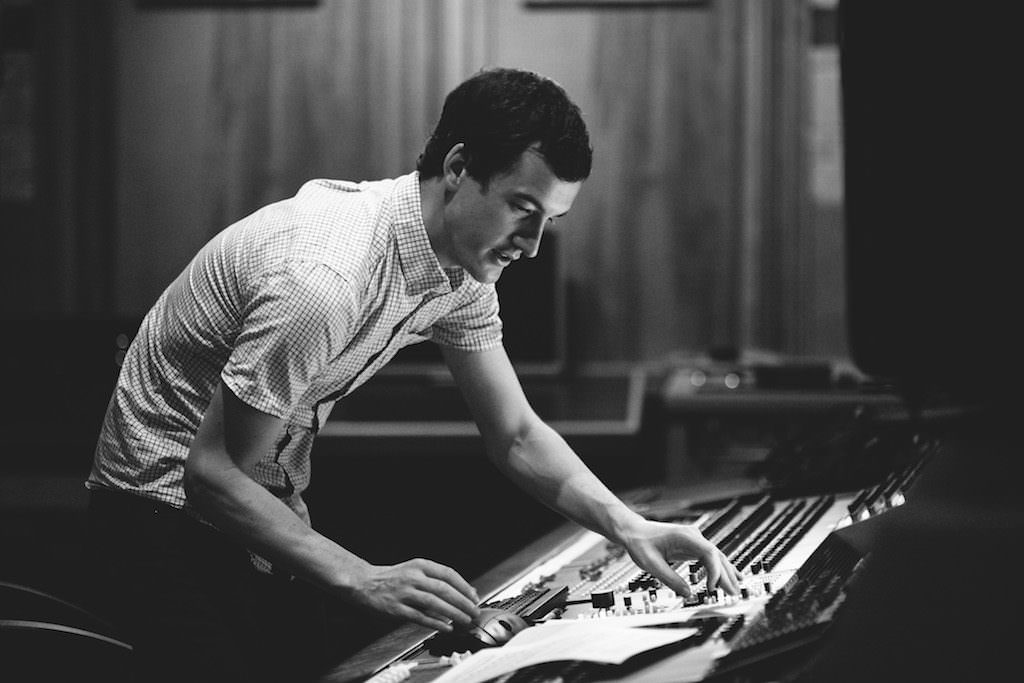 Composer Hanan Townshend reunited with director Terrence Malick on his latest enigmatic offering Knight of Cups, starring Christian Bale. We talk to the US-based New Zealander about collaborating with Malick, his experimental process and creating an adaptable score.

How do you approach your composing work? What would be a starting point for you with something like Knight of Cups?

Knight of Cups is a little bit more specific to more of a collaboration that I've had with Terrence Malick over the years. When he asked me to come on board …

This is your third time working with him, is that right?

Yes, I mean, I wasn't credited on the Tree of Life. I was working really as an intern to be honest. I was just writing little things, little pieces of music for Terry to experiment with.

Well, this is quite a promotion, then!

Yeah. I did the score for To the Wonder, which was kind of my first proving ground. I didn't have a lot of feature films under my belt at that point, so it was a nice chance to be able to show I could do it and I hope to continue to work with Terry. But I would say specifically with Knight of Cups, what attracted me to do the project was just being able to collaborate with Terry again. I'm pretty sure Knight of Cups was shot without a script, so I didn't know a lot about the story.

Yes, I read that it was shot with an unfinished script but that can mean anything, really!

I think Terry is just enjoying this part of his career where he's able to explore these stories without needing to have these really hard, solid scripts. And because his movies are changing so much during post-production, where he may shoot something one way and then it might end up being completely re-thought or reinterpreted. So that is what I really love to be part of, and that's what really drew me to it.

His films are famous for being enigmatic. How does that play into how you approach the music?

It definitely does. When you're working with Terry, you're just kind of signing up for the process. In many ways, I feel like we're all trying to search for what the film is. Terry, in my opinion, he has a very distinctive style, so everything can fall with in the range of what his style is. But I'm never writing to picture, I'm always writing away from it, and there are pros and cons to doing that.

A pro would be that I'm not tied down to writing to specific scene, and as Terry's movies are constantly being reedited and reinterpreted, it wouldn't make any sense for me to spend too long trying to refine this music to make it work perfectly because that scene might get changed or moved around or something. But the downside of it is that you're creating music that just falls into a certain tone or mood, you're writing pieces that can be adaptable. I think of it like the editors and Terry are the carpenters and I'm helping by giving them the wood or the nails to help them build the structure.

How does that work? Do you have a conversation and go away and create a bunch of music and come back and play it for him?

It works in a few different ways. Terry has a very clear idea of what he's trying to achieve. He's very open to experimentation, and that is, of course, that's a big part of his process, at least in my opinion. But writing an original score for one of Terry's movies is a combination of things.

First, you're writing original material, which often Terry has these very simple concepts he likes to explore, which could be repeating a motif a little like a figure that goes back and forth. It's the shifting from a major chord to a minor chord, these very simple little musical gestures. Often it could be three minutes, just this alternating little major/minor passage. There's a challenge in that to try and make it interesting because it can't be just the same thing for three minutes.

There's that part of it, there's the original work, and the other stuff would be more arrangements or covers of pre-existing pieces of music. Because when I come on board, I'm accepting the fact that Terry is going to be using a lot of classical- anywhere from the baroque to romantic- all of a lot of prerecorded, pre-existing pieces by very famous composers. So, I have the job of trying to tie the film together to give it of unity, so it doesn't just feel like all these random pieces all over the place.

Yes, I was going to ask you about that. That must be a huge part of what you're doing, creating continuity between the well-known classical pieces and your own original pieces?

Yeah. I fall somewhere in the middle of those two things. Some projects, Terry maybe wants more arrangements done than he does original work. And there's other times where we're not doing any arrangements, we're just working on original ideas. As I say, you sign yourself up for it, and you just kind of go with it. And it's just fun to be a part of.

And you enjoyed the creative process on Knight of Cups?

Yeah, I did. Every project's different. To the Wonder, I was working in the office there with Terry, and I was meeting with him pretty much every day or every second day. Whereas this one, I wasn't in the office, I would just go away and check in once every two weeks or so.

How would you describe your sound?

I definitely have a very minimal kind of writing style. I grew up playing in bands and writing for bands and stuff. I have the skill for music composition, so I have the training, so to speak, to be able to apply these things. I’ll gravitate towards certain arrangement of the notes in a chord on a piano, and I'll just arrange it in a way that I feel is interesting. I guess if the piece I’m writing doesn't sound different enough, I'll usually try and take it and rework it so that does. But I don't ever like anything to sound too much like another composer; I like to try and take it to my own place.

Which is of course what we’re all, as composers, trying to do- create our own unique sound. I've learned over the years to write lists, because when I came straight out of university, listening to my work, there was to much in it, too many ideas. So I have pulled back and become very minimal about what I write.

I guess that’s part of growing as an artist as well, to be able to pare it back?

You listen to some of the greatest film scores, or some of the most inspiring for me, and often they're very, very simple, very, very powerful melodies and harmonic progression. I think you're right, I think when you're young, you feel like you have to cram everything in there.

And what are a couple of your favorite film scores?

I'm a big fan of Clint Mansell [Black Swan], I really like his work. I guess I have a gravitation towards a lot of British film composers. Jonny Greenwood [Inherent Vice], I think he draws a lot from Paderewski and those composers who influence his sound. But I just think being a band guy, playing in bands, being a guitarist, there's a certain quality that he brings to it that's a little bit more unique than maybe someone who is just classically trained and that was all. I really appreciate that.

And what’s your instrument?

I'm more of a piano guy, and keyboard, just messing around. I do play a little bit of guitar, but I prefer to leave that to the pros.

Well, I just finished a Swedish feature called Strawberry Lane, and I should be able to pronounce it in Swedish, but I'm afraid I can't. It's a really cool, dramatic feature. The score is really fun, it was solo piano, violin and musical saw, and so talking about writing minimally, that was a project where I really got to write super-minimally, and it was kind of fun to do that.

I have another film coming out this year called The Vessel, starring Martin Sheen. I have a Latvian horror film, which is going to be something cool. Something a little bit new for me to work on. There's lots of little projects I got, I've definitely got more stuff happening this year.