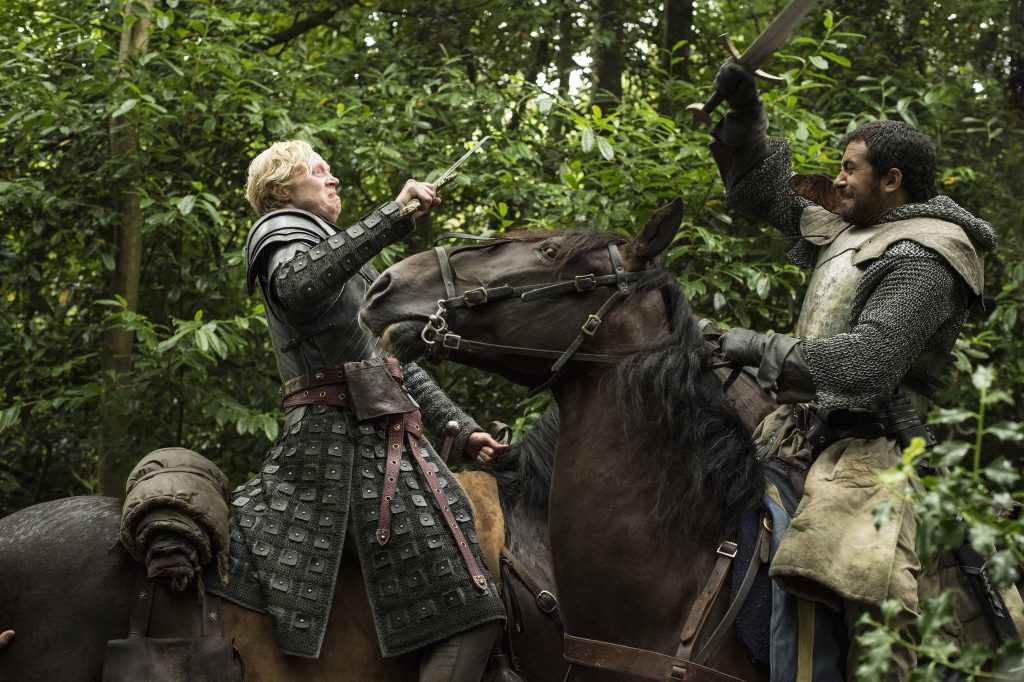 Is it a Game of Thrones Sword or the name of an 80s Metal Band?

The gang at Game of Thrones may be mostly blood thirsty lunatics when in character, but off camera they're actually quite lovely. That's the sense you get as the GoT team is raising money for The International Rescue Committee, the only international relief agency that's responding on all fronts to the refugee crisis in Europe and the Middle East. This means that IRC is working inside war-torn Syria, as well as in neighboring host countries, in Greece and Serbia where refugees enter Europe, and in the United States where they help resettle refugees from all over the world.

By donating to the IRC cause here, you'll be entered into a lottery with the chance to join the GoT cast at the season six premiere in Los Angeles, with your flight and 4-star lodgings all taken care of. And, you'll be going to the after-party. And you'll be able to take a friend.

To get you into the spirit, cast members put together this video in which they try to guess whether the name that pops up on screen is a Game of Thrones sword, or, a 1980s heavy metal band. Yes, it's weird to see actor Iwan Rheon, who is so believably sadistic as Ramsay Bolton, as his nice, normal self trying to figure out whether "Hearteater" is a sword or a band, but it's all for a good cause. See if you can guess correctly before they give away the answer.