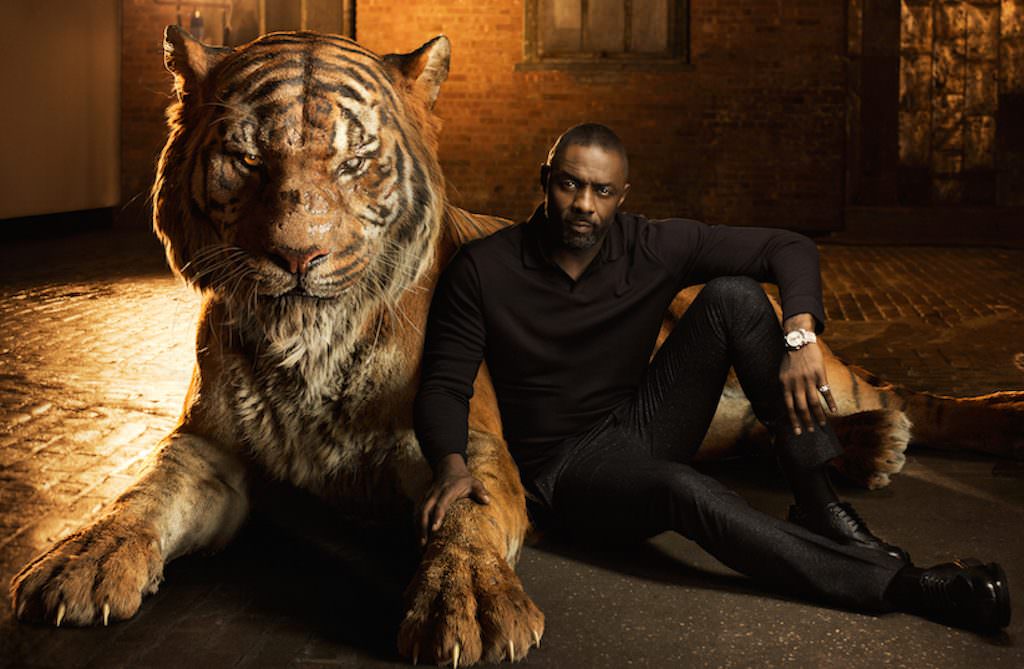 Walt Disney Pictures has dropped the first clip for The Jungle Book clip that features Idris Elba as the the mighty tiger, Shere Khan. Khan doesn't take kindly to the fact that a family of wolves has taken in a 'man-cub' by the name of Mowgli (Neel Sethi). The clip shows off the seamless blend of live-action and CGI that director Jon Favreau and his filmmaking team have created. Shere Khan is every bit as lifelike as Richard Parker, the tiger that animated (literally and figuratively) Life of Pi.

The Jungle Book focuses on the fate of Mowgli, who is summarily exiled from the jungle that's been his home by Shere Khan, who bears the scars of Mowgli's human kin and will kill Mowgli if he can. This leads the sprite-sized man-cub on an epic adventure through the jungle, where he's guided panther/mentor Bagheera (Ben Kingsley) and the fun-loving Baloo (Bill Murray.) As he journeys through the jungle, he meets all sorts of creatures with different motives, including Kaa (Scarlett Johansson), a python bearing Johansson's unmistakable seductive voice, and King Louie (Christopher Walken), who wants Mowgli to give up the secret of the elusive and deadly red flower: fire.

The Jungle Book opens in theatres April 15 in 3D.