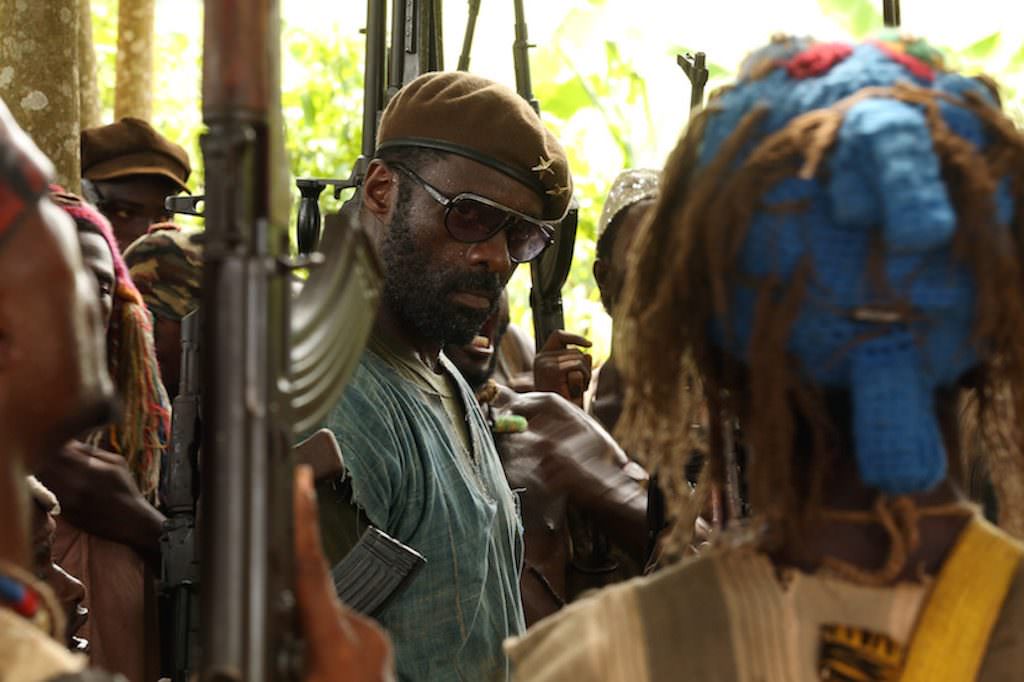 Stephen King fans, rejoice; The Dark Tower adaptation is happening, and its' two leads are Idris Elba and Matthew McConaughey. Entertainment Weekly broke the news that a film adaptation of King's epic The Dark Tower series is nearing its' production start date, after years of near misses and development hell. To give you a sense of how long this project has been gestating, consider Ron Howard was going to direct and Clint Eastwood was one of King's top choices to star. Now the film will be directed (and co-written) by Nikolaj Arcel, Elba will play the Gunslinger, and McConaughey will play the evil Man in Black (a character who factors into numerous King books, including "The Stand," and "The Eyes of the Dragon"). For King, this journey began in college. "The thing is, it's been a looong trip from the books to the film," he told EW, "When you think about it, I started these stories as a senior in college, sitting in a little sh*tty cabin beside the river in Maine, and finally this thing is actually in pre-production now."

The film is set to begin shooting in about two months, with Sony Pictures planning to have it in theaters on January 13, 2017. For fans of the "The Dark Tower" novels, King's tweet on March 1 couldn't have been more exciting.

That's the very first line in the first book, which King has told EW will be how the movie opens. The approach to tackling "The Dark Tower" novels will have some similarities to the excruciating decisions David Benioff and D.B. Weiss have had to make adapting George R. R. Martin's Game of Thrones for TV, in that there will be details, plot points, and whole sections of the books that will need to be jettisoned. In fact, King told EW that the first film won't even touch the narrative in the first book, "The Gunslinger," which was published in 1982. Instead, the film will begin in the middle of the story, leaving a lot of plot for a potential companion TV series.

"The Dark Tower" books are part western, fantasy, sci-fi, horror…and all Stephen King. The story is seen through the eyes of Roland Deschain, who roams the decaying land of Mid-World with his trusty pair of revolvers on a mission to save this place from total obliteration by reaching the titular tower, a mystical monolith that stands at the nexus of time and space. He's tracked by the Man in the Black, a supernatural being who also seeks to reach the tower and use it to control multiple worlds. This is a gross oversimplification of a series of books that involve a ton of characters, ideas, styles and narrative threads (includign the ka-tet, a group of characters who are brought together by destiny in order to help Roland on his mission), but the important thing is these books represent King at his most genre-melding and creative, and give stars Elba and McConaughey an opportunity to play off each other's considerable charm, and perhaps play against type, with the former Rom-Com star playing an ageless devil intent on ruling the world.

As for Elba's casting, Arcel had this to say to EW. “For me, it just clicked. He’s such a formidable man. I had to go to Idris and tell him my vision for the entire journey with Roland and the ka-tet. We discussed, who is this character? What’s he about? What’s his quest? What’s his psychology? We tried to figure out if we saw the same guy. And we absolutely had all the same ideas and thoughts. He had a unique vision for who Roland would be.”