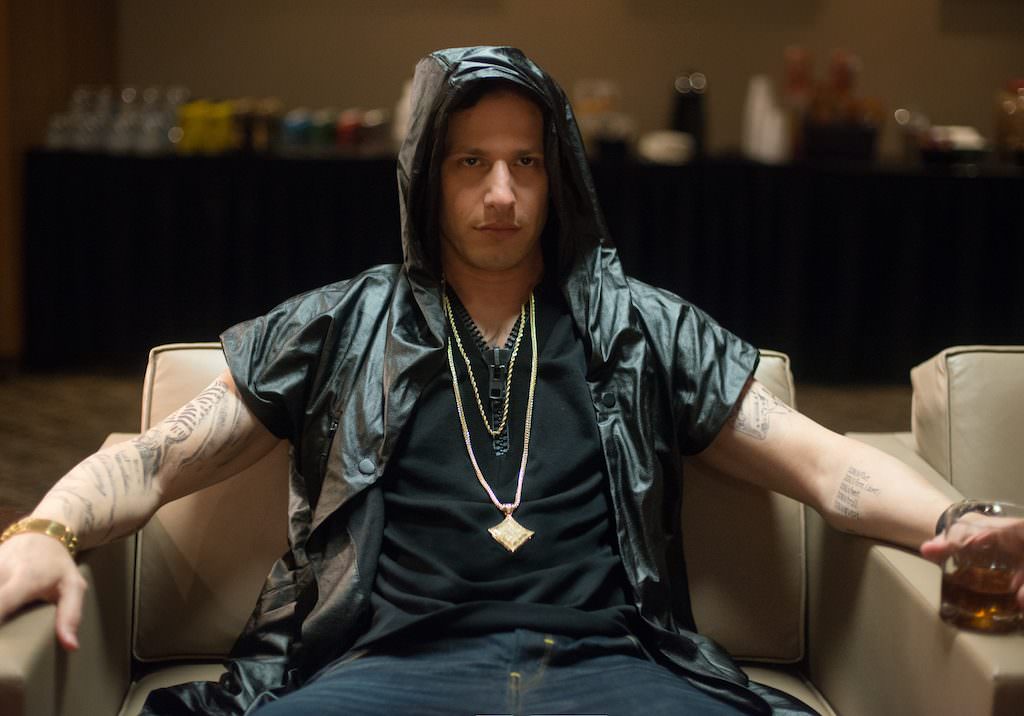 Popstar: Never Stop Never Stopping is the 10 Cloverfield Lane of comedies; it came out of nowhere and now it feels like an absolute must see. We're not saying this is the most hilarious trailer ever, but, it sure looks like one of the most hilarious of this young year, which is not surprising considering it's coming from The Lonely Island comedy troupe (Andy Samberg, Akiva Schaffer, and Jorma Taccone).

The conceit is simple;  Popstar looks to be a kind of This is Spinal Tap for the Justin Bieber era, going behind the scenes as singer/rapper Conner4Real (Samberg) and his enormous entrouage (portrayed to incredible effect in this trailer) deals with a major crisis; Conner4Real's popularity is plummeting after his sophomore album flops, exploding the universe of sycophants, rivals and fans Conner's created.

With huge comedy and film stars in major roles (Sarah Silverman as Conner's publicist, Bill Hader as his roadie, Martin Sheen as his…biggest rival?) and the central Lonely Island crew running the show (Schaffer and Taccone direct), Popstar just snuck up on us as one of the comedies we're most excited about this year.