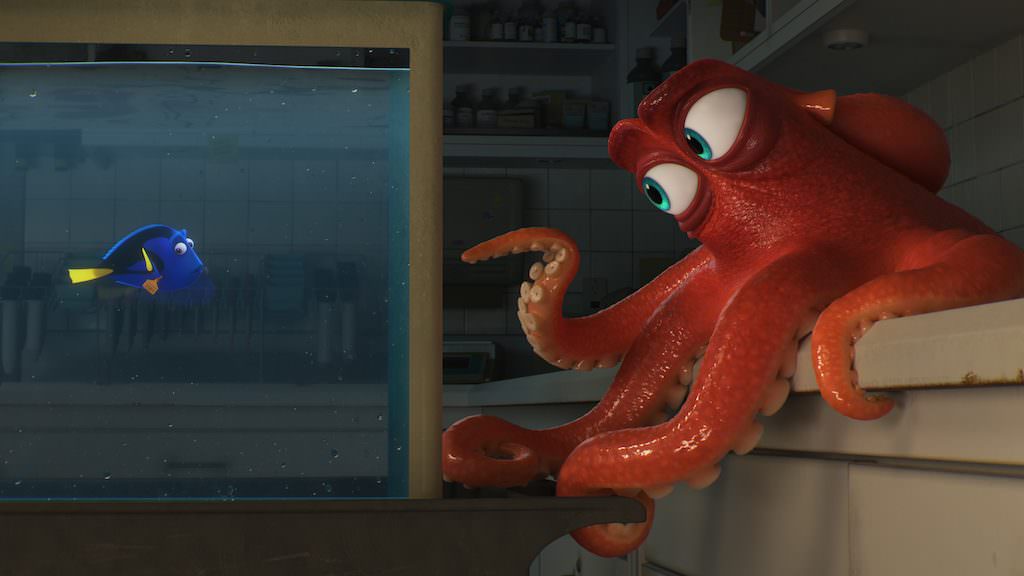 Ellen DeGeneres and Albert Brooks return for the long-awaited sequel to Finding Nemo, which picks up six months after the first film. In Finding Dory, the titular clown fish (DeGeneres) is enjoying a quiet life, that is, until she joins Nemo on a class trip to see manta rays migrate back home, compelling the practically amnesiac Dory to find out where her original home was.

Dory's home turns out to be the California Marine Biology Institute, a massive complex of sea life rehabilitation and aquarium. “We will get to meet new characters, like an octopus, sea lions, a beluga whale, among others,” Pixar President Jim Morris has said.

Check out the new trailer here.