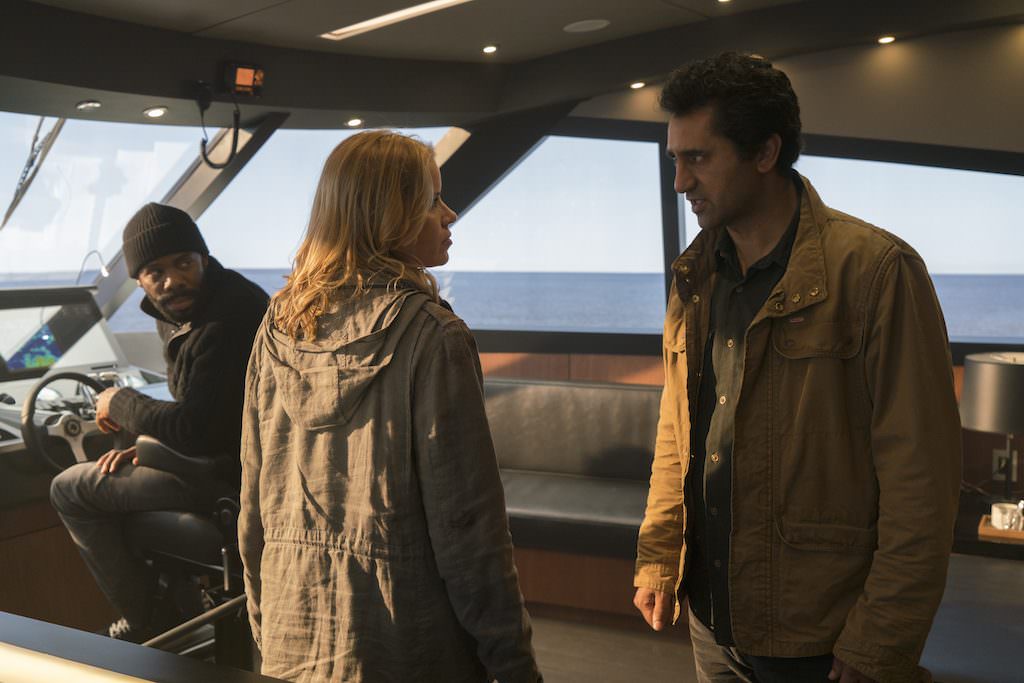 On Sunday night, April 10, Fear the Walking Dead will return to AMC. The surprisingly nimble, affecting prequel to AMC's powerhouse The Walking Dead had a brisk, well paced and ultimately harrowing first season. In just six episodes viewers got to see how the beginning of the zombie apocalypse looked from the perspective of three families that are thrust together in the very middle of the undead action. Kim Dickens stars as the capable Madison Clark, trying to keep her children Nick (Frank Dillane) and Alicia (Alycia Debnam-Carey) safe. Her boyfriend Travis (Cliff Curtis) is trying to do the same for his son Chris (Lorenzo James Henrie). Cliff's ex-wife is also a central player in the action, as are another family, the Salazars (with the always reliable Rubén Blades playing the patriarch, Daniel). By the end of season one, the survivors of this group have followed Victor Strand (Colman Domingo) to his beachfront property, where just off shore he points to their salvation—a super yacht. Zombies can't swim, right?

In this behind-the-scenes featurette for season 2, executive producer Gale Anne Hurd explains that Fear the Walking Dead is doing something its' predecessor has never done—they're going to sea. Utilizing Baja Studios, which was built for James Cameron's Titanic, Fear the Walking Dead's second season is going to be that rarest of things; a seafaring zombie show. As the featurette shows, shooting on the water creates all sorts of potential pitfalls, and opportunities (the narrow below-deck quarters look ripe for claustrophobic action). The fact that there's under-water cinematography at play seems to suggest the answer to our original question; perhaps zombies can swim, or, perhaps something will happen to force our protagonists off the boat and into the water for a mad swim back onto land.