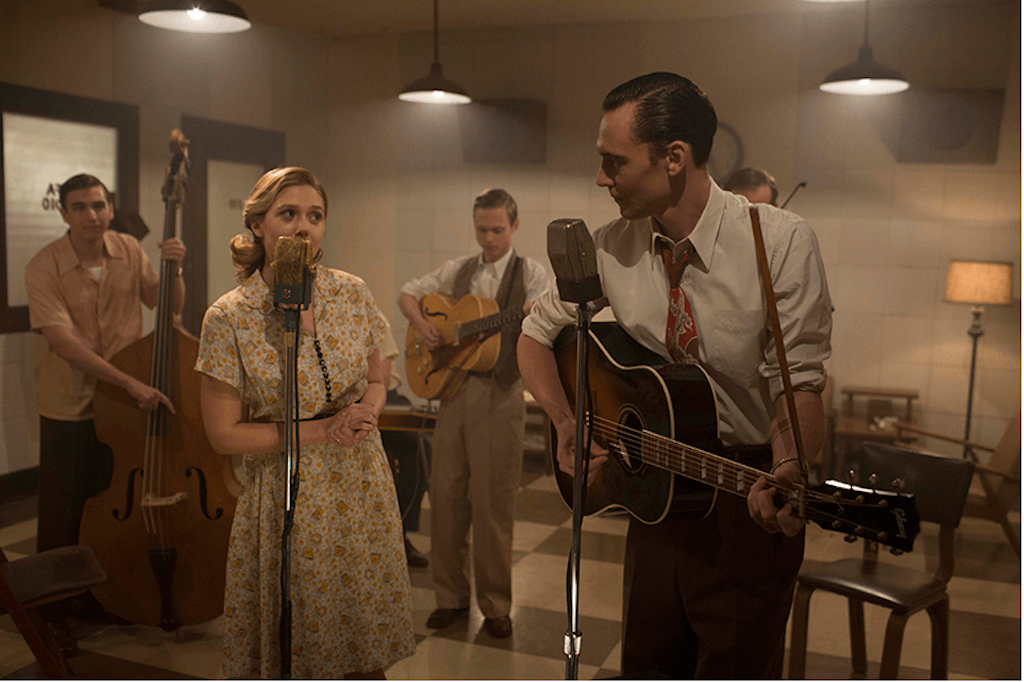 Getting the Performances and Music Right on I Saw the Light

Biopics in general, and especially biopics of legendary musicians, can be a tricky endeavor to say the least. For every well received Ray and Walk the Line, you have a Greetings from Tim Buckley and the already-embroiled-in-scandal Nina. This is to say nothing of the biopics that are good but little seen, like Jimi: All is by my Side. While filmmakers are often taken to task for turning biopics into film-by-numbers formulas that more or less look the same (rise from obscurity, fame, downfall, and finally, redemption), most of the weight gets put on the actors portraying the iconic musician and the way the film showcases their musical gift. While the built-in audience for a film about, say, Miles Davis (who, incidentally, Don Cheadle tackled by not only playing him, but directing a film about him, Miles Ahead, which has been well received), might be alluring, the potential pitfalls are so vast it's a wonder filmmakers take on these subjects at all.

This is all a long way of saying I Saw The Light, about country music legend Hank Williams, was a bold choice for director Marc Abraham to take on, and even bolder for British-born actor Tom Hiddleston, best known state-side as Thor's mischievous brother Loki from The Avengers, to take the title role. Yet Hiddleston has already earned praise for his "superb performance" as the iconic Williams, which is no small feat.

I Saw the Light looks at Williams' emergence from the Alabama music scene after World War II, and the tormented path the singer-songwriter took as he rose to revolutionize country music. The issues started, as they often do, inside Williams' marriage to his wife Audrey (a terrific Elizabeth Olsen). Audrey was determined to sing alongside her husband, but she was simply no match for his talent. With this turmoil brewing at home, and his lifelong battle with alcoholism, Williams' rise to the Ivory Tower of country music, the Grand Ole Opry in Nashville, may sound like a story with all the hallmarks of the tortured genius biopic, if it weren't for the fact that his story is so interesting and his path so crucial to the evolution of the country music genre. 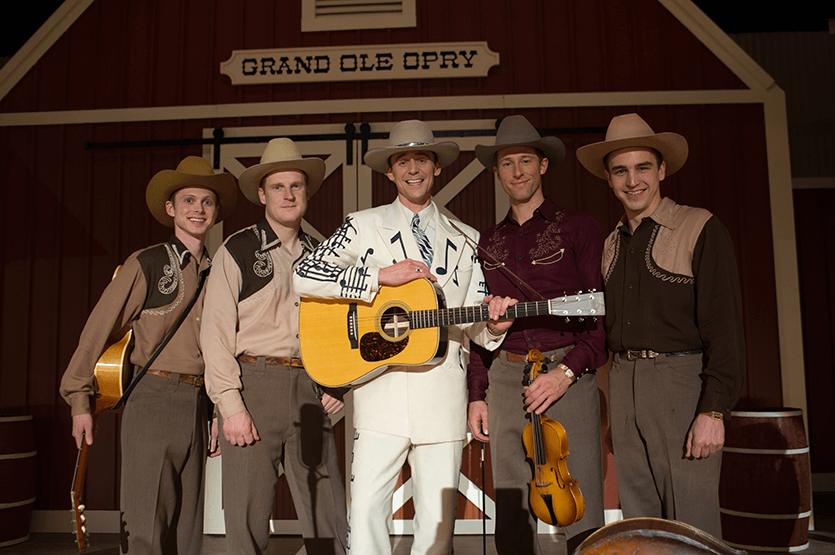 In Nashville at the time, country singers were supposed to maintain a squeaky clean image—not Williams, who refused to hide his dependency on booze and painkillers. Williams was a sort of country precursor to other legendary bright flames like Jimi Hendrix, Janis Joplin, Jim Morrison, Kurt Cobain and Amy Winehouse. His career was only six years long—it ended at 29 when he died on New Year's day, 1953. Yet in those six years, he changed country music forever.

"The closer he got to the center of his dream…the more vulnerable it made him on the inside," Hiddleston says in an interview with Screenslam. "There's this tension between his charisma as a performer and his vulnerability as a man. And I found that fascinatsing."

The questions surrounding I Saw the Light were always going to swirl around the casting of Hiddleston. As Time Out London's film critic Tom Huddleston writes (confusing name to have for this particular review), "Can Tom Hiddleston, a thoroughly decent and clearly very talented British performer who hasn't really been given the opportunity to push himself onscreen, really inhabit the dusty boots and oversized Stetson of this all-American country music icon, a man who made his living from tales of hardship, heartache and bitter redemption? The answer – convincingly – is yes. Hiddleston's performance is gutsy and heartfelt, as playful and soulful as the best of Williams's songs."

Those songs, and the music and sound itself, were a crucial part of making I Saw the Light work. Executive music producer, Rodney Crowell was a huge piece of why I Saw the Light sounds so right. Crowell is a Texas-born, Nashville based songwriter, a Grammy award winner, a member of the Nashville Songwriters Hall of Fame, and the recipient of the 2009 Lifetime Achievement Award for Songwriting from the American Music Association. He helped give the production the authenticity it needed with his deep, personal understanding of what makes country music work, and why. Crowell was joined by music supervisor Carter Little and composer Aaron Zigman who made sure I Saw the Light got the most important thing right (next to Hiddleston's performance); the songs and the sound.

With a talented ensemble supporting Hiddleston's central performance, including the aforementioned Olsen, Bradley Whitford, David Krumholtz and Cherry Jones, the film had a surfeit of talent. And there's a lot more below-the-line talent involved, too, including ace cinematographer Dante Spinotti (The Insider, L.A. Confidential), and production designer Merideth Boswell (she put the lovely touches on the hugely underrated western The Homesman, to say nothing of her work on Apollo 13). I Saw the Light not only sounds right, but looks right, too.

The film is a must-see for fans of country music, but also for fans of music in general. But don't take our word for it; I Saw the Light garnered praise from someone as close as possible to the music of Hank Williams; Holly Williams, his granddaughter.

"I am so proud of this film of my granddaddy's life," Williams said. "Director Marc Abraham, actor Tom Hiddleston and everyone involved with this film brought incredible passion to their work, and a committment to show Hank in all of his grit and glory and genius."