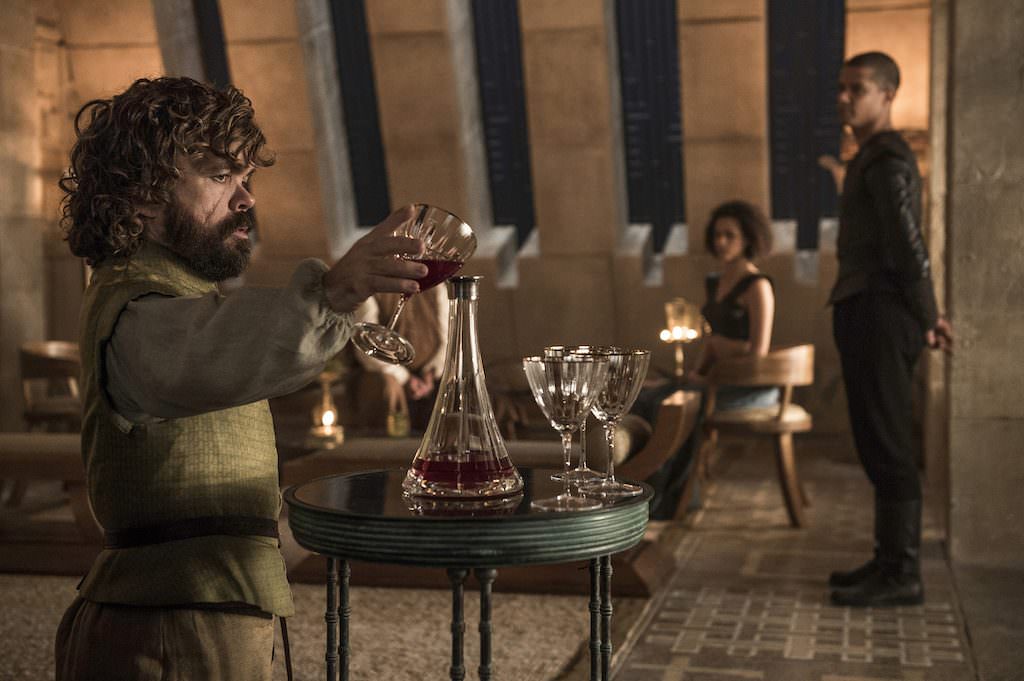 We've got just a bit more than a month left before Game of Thrones season 6, finally begins on April 24. The big question, of course, is the fate of Jon Snow. In this new, ripping trailer for the season, GOT wastes exactly zero seconds putting the loveliest crow of them all right in center frame. There he is, just as we left him, bled out in the courtyard of Castle Black. To open with this shot (and a fine acoustic version of Chris Isaak's "Wicked Game" overlaying our hero's prone body), with a voice over saying "he's gone," GOT is really trying to fool us all into thinking Jon Snow is dead.

But come on. It just a week ago when Entertainment Weekly broke the news last that a deleted scene from season 5 hints that Snow might be, in fact, back in black. There have been plenty of hints that Snow will return, but even as compelling as his fate is, he's certainly not the only reason to get excited for season 6. As the new trailer shows, nearly every major character has revenge on their mind, and the power struggle that's been going on in the seven kingdoms since the show began is only becoming more pronounced, with the fate of humanity now on the line as the White Walkers amass their army.

Just a quick debriefing on who's pissed off and why:

-Jamie is headed back to King's Landing, with the body of his murdered daughter Myrcella on board. Just listen to what he tells Cersei when he's reunited with her. Cersei was already furious, having been humiliated for seemingly forever, but now with this fresh round of heartbreak, you know the Lannisters are ready to shed a lot of other people's blood.

-Melisandre has to admit that "the great victory" she saw in the flames was a lie. Assuming Stannis is dead, you think Davos might have some issue with the Red Queen now that her protector is gone and his beloved Shireen was been burned alive in his absence?

-Sir Friend Zone, er, Jorah, finds the ring that Daenerys dropped with she was picked up by the Khalasar at the end of the last season, continuing his endless agony over his beloved queen who is always slipping out of his grasp.

-Speaking of Daenerys, she's now a prisoner of the Dothraki, after being betrayed by the people she meant to peaceably rule, and, with that huge horse statue looming above her in the trailer, it appears she's now in deep Dothraki territory.

-And in perhaps the most exciting moment of the trailer (and there are many), Cersei unveils her new weapon, and the "Wicked Game" cover is blown away by a thrilling montage, backed by heavy drums, of all the action that's too come.