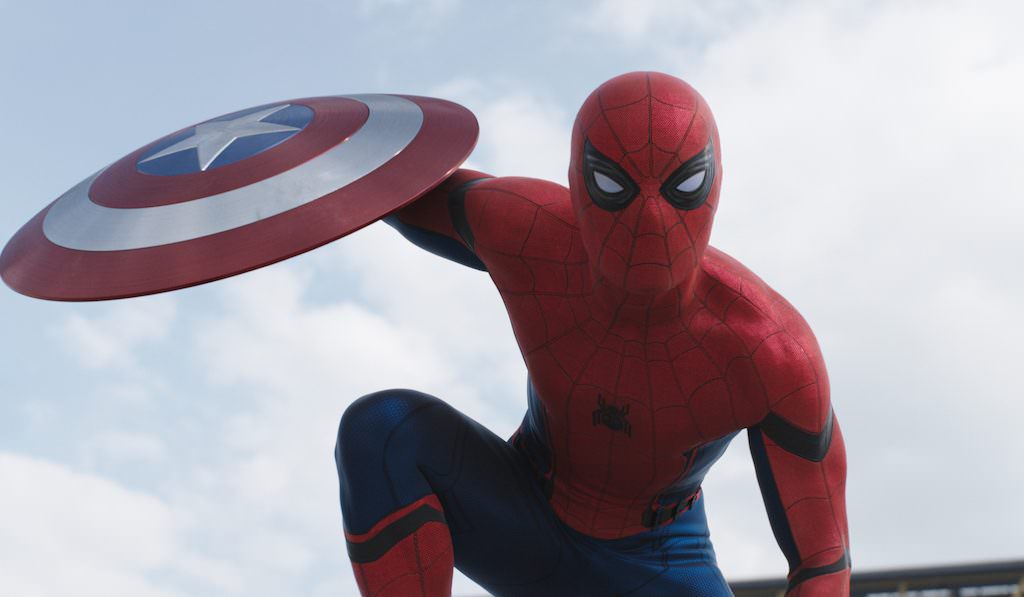 We told you it was coming, and we told you it might include some Spider-Man action, and lo and behold, it does! Marvel Studios has dropped the new Captain America: Civil Wartrailer, and it's the most comprehensive look at the titular war between Cap (Chris Evans) and Iron Man (Robert Downey Jr.)—including a late, but memorable, cameo by everyone's favorite web slinger.

Let's have a look:

Some things to note:

At the 1:12 mark, Tony Stark looks truly shocked that the Winter Soldier (Sebastian Stan) actually tries to shoot him in the face. This appears to be, if not the moment, then a seminal one when Tony realizes this war is real.

At the 1:16 mark, War Machine (Don Cheadle) is shot out of the sky by the Winter Soldier, and this trailer would have us believe that he might be grievously injured, or even…dead?

That's some heavy duty superhero'ing at the 1:50 mark, when the Scarlet Witch (Elizabeth Olsen) makes the Vision (Paul Bettany) bow down to her power.

And then the big reveal, at the 2:20 mark, here comes…underoos? (What do you think of Spidey's new costume?)