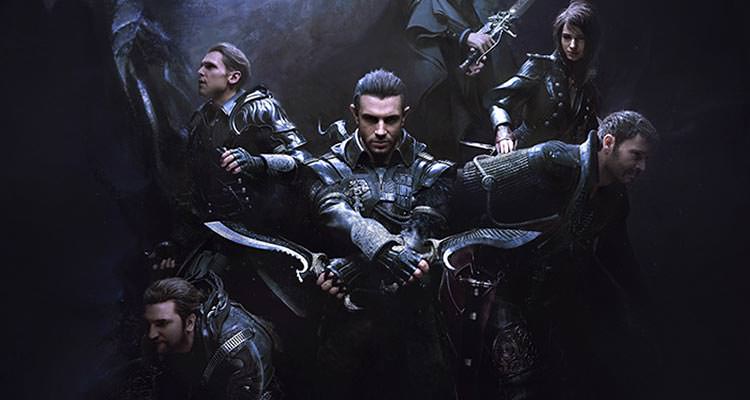 Check out the Teaser for the Final Fantasy XV Animated Movie

Sony Pictures Entertainment has released a teaser for Kingsglaive: Final Fantasy XV, based on the blockbuster Final Fantasy video game series. Kingsglaive is an animated feature that is part Game of Thrones, part sci-fi romp, with a touch of Steampunk for good measure. It's fitting the cast includes a man who looks right at home in a castle, carrying a sword—Sean Bean (The Lord of the Rings, Game of Thrones). Bean voices Regis, the King of Lucis who has sworn to protect his kingdom. And that's not the only actor who is comfortable with this kind of mythic material—Lena Headey (300, Game of Thrones), voices Luna, a princess with a sacred duty. The cast also includes Aaron Paul (Breaking Bad), who voices Nyx. The film will be released digitally worldwide before the game’s launch.

Here's the film's synopsis: The magical kingdom of Lucis is home to the world’s last remaining Crystal, and the menacing empire of Niflheim is determined to steal it. King Regis of Lucis commands an elite force of soldiers called the Kingsglaive. Wielding their king’s magic, they fight to protect Lucis. As the overwhelming military might of the empire bears down, King Regis is faced with an impossible ultimatum – to marry his son, Prince Noctis to Princess Lunafreya of Tenebrae, captive of Niflheim, and surrender his lands to Niflheim rule. Although the king concedes, it becomes clear that the empire will stop at nothing to achieve their devious goals, with only the Kingsglaive standing between them and world domination.