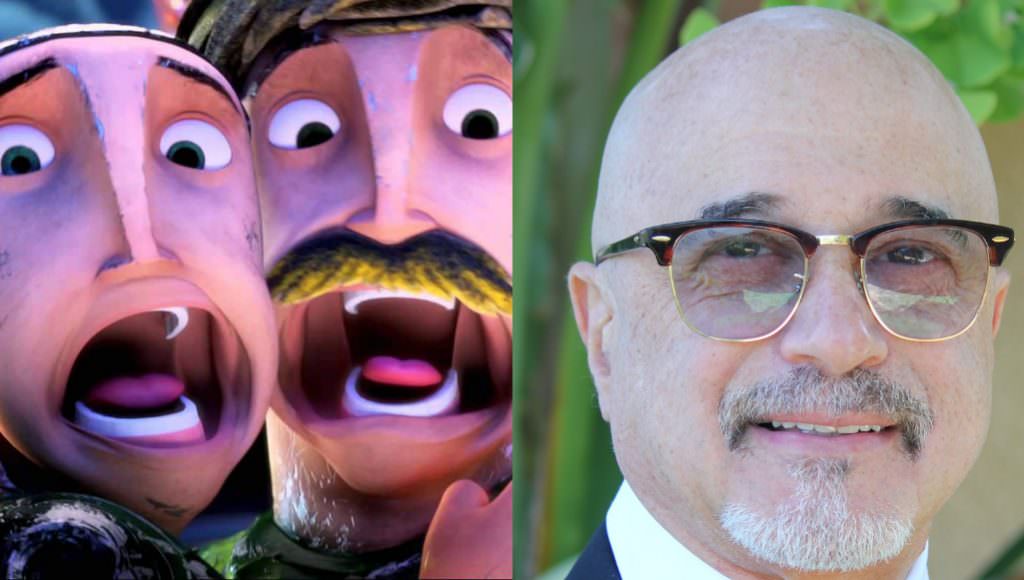 Emilio Kauderer is a Los Angeles-based Argentine composer who scored the film El Secreto de Sus Ojos, which won the 2009 Oscar for Best Foreign Language Film. Kauderer was then brought on to score last year’s English language remake Secret in Their Eyes, which starred Julia Roberts and Nicole Kidman. We discuss the unusual experience of working on different versions of the same film, how scoring live action compares to his work on the animation Underdogs and his thoughts on Quentin Tarantino’s recent controversial take on film scoring at The Golden Globes.

How did the project scoring the Argentinian animation Underdogs come about for you?

I’ve been working with the writer/director Jose Campanella quite a bit. We’ve known each other for 15 years and we did about ten projects together. This started back during the drawing of Underdogs and then we ended up working together throughout the project.

Is it the first time you’ve scored an animation?

It’s the first time that I scored this animation. I did shorts and all that but animation, I wasn’t that familiar with it.

Is there any different ways that you approach scoring an animation to a live action film?

It is very different. In a regular action or drama or thriller, you are framing the characters, or the music is just enhancing emotions and chases and movements. Whereas animation is wall to wall music and music is a character. It becomes a character. For me, animation can hold a more powerful emotional suggestion from the composer.

Would you say that you find it more creatively fulfilling because of the bigger role that the music plays?

I wouldn’t say so, no, no. I enjoy both of them. It’s just different. It’s more involved, that’s all.

Can you describe your sound? You use Argentinean instruments in your scoring work, is that right?

Yes. I try to blend different ethnic sounds. I’m from a Jewish-Polish background, from those that went from Europe to Argentina and came back to the US. I love tango and I wrote several tangos including an electronic tango that we produced with Gustavo Santaolalla. I collaborated with him and the Latin Grammy winner Bajofondo Tango Club. I try to bring in blends of guitar and charangos and bandoneons and all that into my music.

What inspires you? How do you come up with a different sound each time you approach it?

I try to tap into my feelings and emotions and try to find a language for a particular movie. I like melody, I like writing a theme for the movie that portrays what the movie is all about. When I’m working with a theme, the instrument comes up. It could be a cello, it could be a charango, that is this little guitar from the north of Argentina…it varies. The Secret in Their Eyes was interesting because I scored two versions; [the orginal] set in Argentina versus [the remake] set in downtown LA.

How did you create a new twist on the sound for the remake?

For me it was a different approach. The script was very different from the original. It triggered a complete different sense of pace, of depth and of drama in me. I understood that the core of the film and the remake was kind of the structure of the original, but in the sense of the angst and the characters and whatever was going on in it, was quite different.

Your symphonic work was performed at the Hollywood Bowl in 2014 by the Los Angeles Philharmonic. Was that an exciting moment for you?

It was phenomenal to hear my music in such a venue and performed by such a superb orchestra, The L.A. Phil, conducted by Maestro Dudamel. It was like touching heaven. They did a wonderful rendition of my symphonic tangos.

I don’t know if you saw The Golden Globes when Quentin Tarantino referred to scoring film as the ‘ghetto’ of composing?

Yes, I was watching.

I’m curious, as someone who composes across different areas, what are your thought on that assessment?

I don’t completely agree. The way I see it is the more carte blanche I have to compose for the film, the more me I am. If that’s what Quinton Tarantino meant by it, that’s it.

Sure, the more creatively pure it is?

Correct. It is me- when I hear my music it is me- regardless whether it’s at the Hollywood Bowl or Secret in Their Eyes or Underdogs, so I can recognize that.

Is there anything that you would really love to do?

I like thrillers in general and I would like to do more American movies that are creative. I see a lot of independent producers and directors doing more of this thematic content that I like.