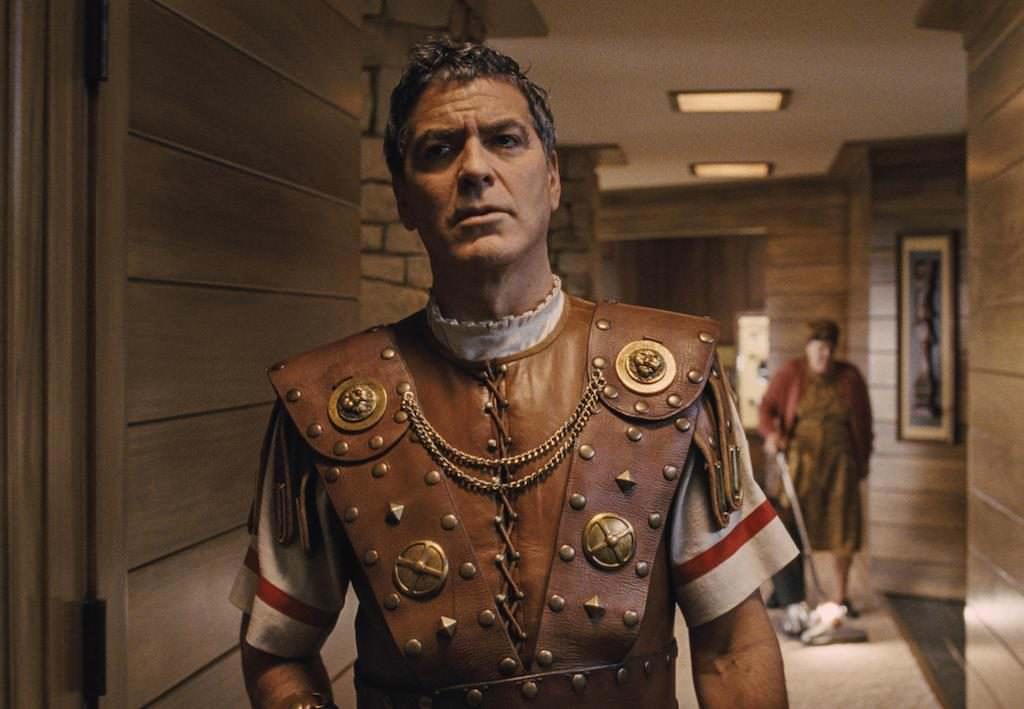 An unwitting, kidnapped communist. A gay (or so implied) tap dancing undercover agent. Very angry rival twin gossip columnists. These are George Clooney, Channing Tatum, and Tilda Swinton in Joel and Ethan Coen’s latest, Hail Caesar!, which doesn’t have quite the gravitas of, say, No Country For Old Men, or even A Serious Man, but more than makes up for that in chuckles, high spirits, and colorful references to a bygone Hollywood.

The film kicks off with Eddie Mannix (Josh Brolin), the beleaguered but game manager of the fictional Capitol Studios, in Catholic confession.  He smoked a cigarette, or two, or three, and he promised his wife he wouldn’t. He’s upset about this. The priest, seen but not heard, is upset he’s hearing this confession so late at night. Sandwiched in between Mannix’s confessions is the rest of the film, where Mannix oversees his inane charges — the actors — without a break, considers jumping ship for Lockheed Martin and the dubious accomplishments of Bikini Atoll, and is largely unbothered by any of this (at least, not nearly as much as those forbidden smokes).

When it’s brought to his attention that a mysterious group referring to itself only as “The Future” has kidnapped his star, Baird Whitlock (George Clooney) of an in-production drama about Christ as seen through the eyes of a Roman soldier, Mannix pulls together the $100,000 ransom, or as he puts it on the phone with the finance department, “petty cash,” without batting an eyelash. The same cool is applied to solving the problem of DeAnna Moran (Scarlett Johansson), an Esther Williams look-alike with a heavy blue collar accent and a string of studio-arranged bad marriages and an out-of-wedlock baby. Mannix’s solution to the baby? Just stage an adoption — by Moran herself, its mother.

While charmingly, cluelessly exhibited by some of the characters in the movie, the same level of cool was more skillfully applied by the actors, and the Coens, at the press conference that followed the movie’s Berlinale premiere. Questions posed to George Clooney were entertainingly variable in that they were not questions, but rambling accusations and other inept, longwinded ravings which sometimes, though not always, ended with some inane question or other.  He was asked, toward the end, why he wasn’t making a film about refugees, and what he was doing to help them. Having been mildly less accusingly accosted with a similar query about ten minutes earlier, to which he replied that he was visiting a refugee shelter while in Berlin and meeting with Angela Merkel to discuss the issue, he got a bit testy — to the credit of all on stage, the only moment in the press conference where that happened — and inquired what the accuser, a German journalist, was, herself, doing to help refugees. The woman gave a long answer about what her town was doing, with the crux of the answer seeming to be inviting them to a movie screening; the irony of this response did not seem to indicate any awareness on her part that making movies might not be completely useless, insomuch as the results could be used to entertain the people in her town fleeing from war.

A Russian wanted to know what Clooney’s experience in real life has been with communists, probably given that he’s kidnapped by some (disgruntled, stiffed Hollywood writers, of course) in the film, but who was to say, really? Had Clooney ever seen one, she asked? Only she didn’t ask that, she meandered through some confusing entreaty for a while and when that was met with confusion from both those on stage and her fellow journalists, she switched to questioning this group of five Americans and one Brit in stilted German. Clooney eventually gleaned what was happening: “have I ever seen a Russian communist? Am I looking at one right now?”

Other long entreaties, masquerading, poorly, as journalistic questions, ensued. One woman with a sailor-hat shaped napkin pinned to her head opined at length about…well, no one seemed to know, thanks to her convoluted ramblings that were missing key verbs or nouns at moments when she might possibly have made a point. But at one or three points the words “turkey meatballs” escaped her lips, or seemed to. “I literally was an ingenue when that question started,” Clooney answered, when he finally had the chance to speak.  Also, “If I said anything nice about the Coen brothers, I was drunk at the time. I mean it.” The journalist’s question, as almost all questions invariably are when Clooney’s in the room, was posed to the actor, but he kindly turned to his co-stars for input about working with the Coens. Tatum, asked about getting his role, responded that “I uh, first poured turkey meatballs all over myself.” 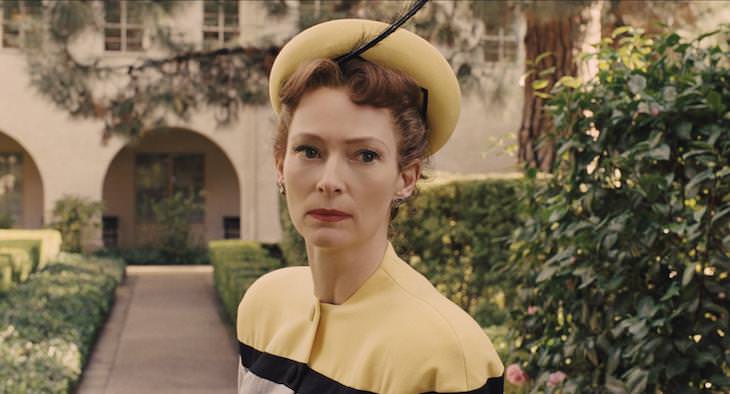 Against all odds, the actors and Coens managed to provide some insight through the thicket of inscrutable and not short ramblings lobbed at them in the name of journalism.  To sum up Baird Whitlock, Clooney said he’s “a willing imbecile who falls in with a bunch of writers who are communists,” and pointed out that the Coens have a knack for casting him in roles that are amusing if not necessarily intellectually flattering. Tilda Swinton, who was sadly, wastefully ignored for most of this so-called press conference, did explain her twin characters, Thora and Thessaly, competing, dogged news writers with killer fashion and even more killer instincts, as the failed products of some unseen stage parent, who decided to become “genius journalists” instead. This response happened early in the conference; given what ensued, there was no way it could have been meant as a compliment to present company.  Josh Brolin, meanwhile, noted “it was something everybody’s wanted to do at some point in their lives,” about slapping Clooney, who responded that “there’ll be booths set up outside” (he meant for him, but we could have found some more deserving candidates).

When one woman concisely asked Tatum about the work he put into learning his six-minute tap routine, delivered as an actor playing a sailor about to ship off, dubiously sad about the impending lack of ladies in his life, the audience actually clapped. Whether it was for this unexpectedly short question, Tatum’s dancing (which is legitimately great), or both, who knows? At any rate, an abashed Tatum pleaded that he’d hurt himself if forced to reenact the dance, mid-conference, as requested. “These guys kind of buried the lede, slightly, when they gave me the script,” which apparently included three or four sentences about the full-on ensemble song and dance, led by Tatum’s Burt Gurney.

If the tone of the press conference sounds remarkably affable, it was — truly a better reflection of of Hail, Caesar! itself, the movie so many inquiring minds seemed to have forgotten they were there to see. This instant amnesia, however, is hardly telltale of the film itself, which is a Skittles-colored gambol unusual for the Coens, absorbingly congenial.