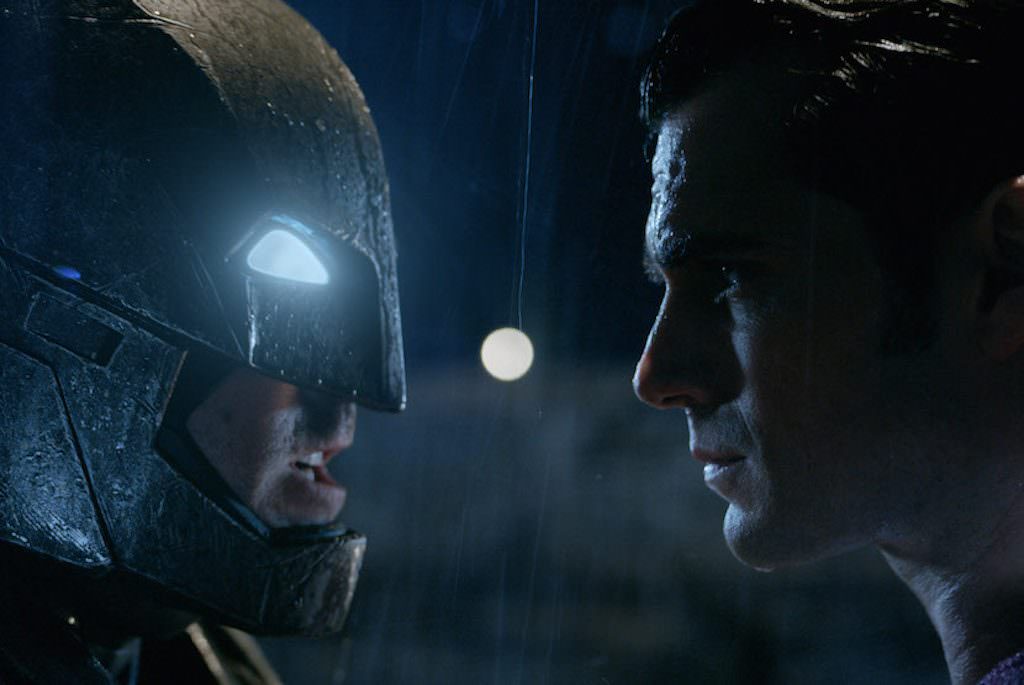 With the premiere date drawing ever closer (March 25, folks), Warner Bros. Pictures has been releasing a slew of Batman v Superman: Dawn of Justice trailers and TV spots. The latest is a new international trailer, which keeps the dialogue to a minimum and the mayhem at full throttle.

By now you know that the premise of Batman v Superman is right there in the title; Gotham City's winged vigilante (Ben Affleck) takes on Metropolis's alien savior (Henry Cavill) in a battle for the ages. What you probably also know is while these two colossi are going bat wing-to-cape, Lex Luthor Jr. (Jesse Eisenberg) is tinkering with an even more potent threat to take out both of these superheroes and establish a new world order—in his image, of course.

Check out the new trailer below.