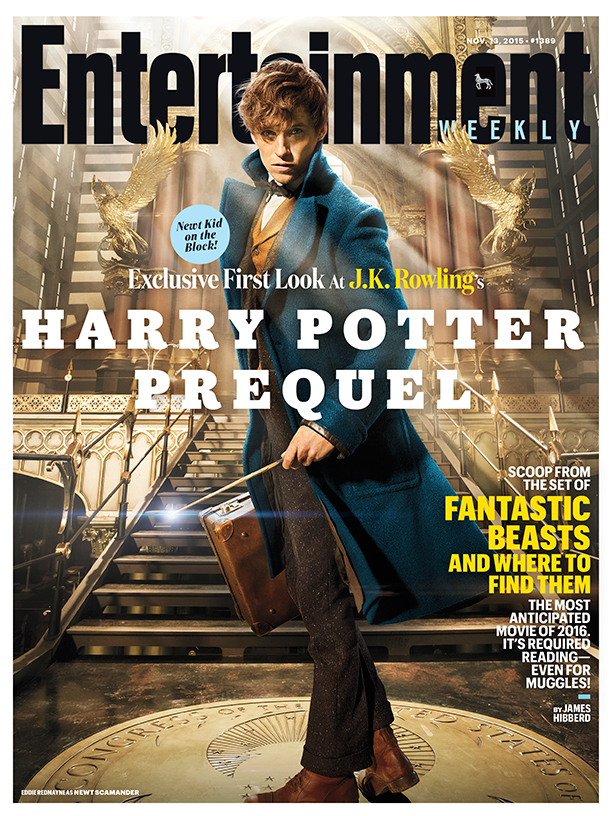 Watch This Fantastic Beasts and Where to Find Them Featurette

"The job we have to do is to make it seem natural and kind have to ignore your own sense of wonder watching it," says actress Katherine Waterston about her work in Fantastic Beasts and Where to Find Them. The highly secretive and hugely exciting project is the first screenplay penned by J.K. Rowling herself, and will transport Harry Potter fans back into the wizarding world, only one that takes place an ocean away from Hogwart's, in New York City.

The film's not due out until November 18, but fans can be satiated (a little bit, anyway) by this featurette from behind-the-scenes of the film. Directed by David Yates (a longtime Potter alum, with four of those films under his belt, including both parts of The Deathly Hallows), and starring Eddie Redmayne as Newt Scamander, a wizard who ends up in New York in 1926, with a suitcase full of those titular extraordinary beasts. The film's events are set into motion when those beasts get out of Scamander's briefcase and into the world. In this new featurette, we're given more information about three more main characters who are part of Scamander's world and play pivotal roles in the film. They're Porpentia Goldsteisn (Waterston) and her sister, Queenie (Alison Sudol), and Jacob Kowalski (Dan Fogler), as a World War I veteran.

Check out the video below.

Featured image: Eddie Redmayne in Fantastic Beasts and Where to Find Them. Courtesy Warner Bros.