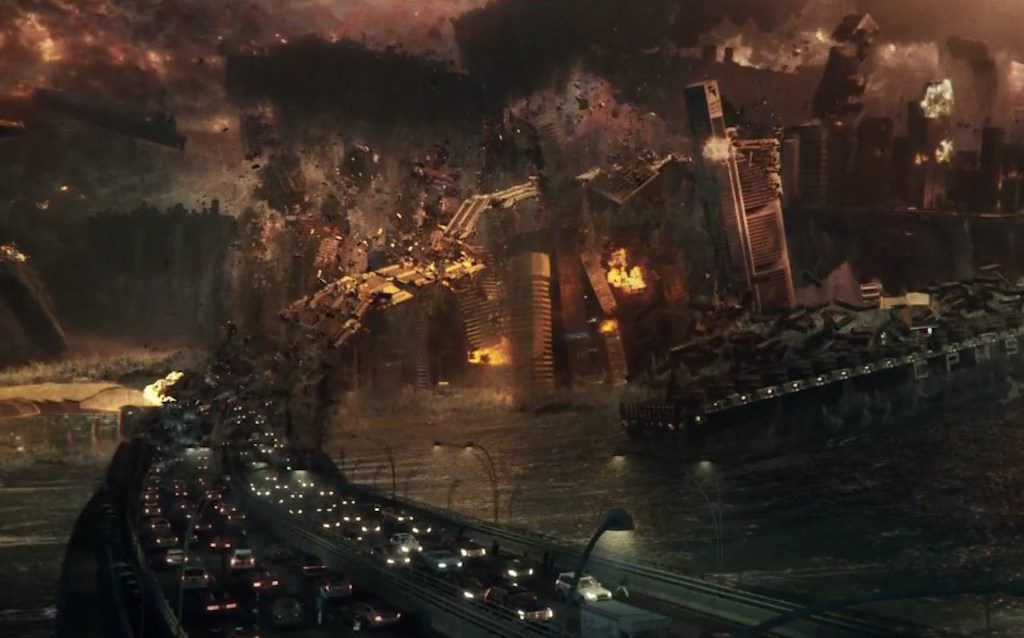 It was 20 years ago when Independence Day first blew up the White House in one of the most iconic Super Bowl spots of all time, so it was fitting, if predictable, that 20th Century Fox dropped Independence Day: Resurgence during last night's Super Bowl and once again destroyed much of America. The aliens are back in what appears to be an even more pissed off mood than the first time around.

Since the attack the July 4th attack in 1996, the United Nations created the Earth Space Defense Program to serve as an early warning detection system in the case of another attack. The head of the program is David Levison (Jeff Goldblum), one of the heroes of "the War of 96'." The nations of the planet have been slowly rebuilding, while the lone group of alien survivors from the original confrontation hide in the African Congo. Along with Goldblum, Bill Pullman is back as former president Whitmore. Also reprising their roles are Vivica A. Fox as Jasmine, Brent Spiner as Dr. Okun and Judd Hirsch as Julius Levison. Newcomers like Liam Hemsworth and Charlotte Gainsbourg rounding out the cast. But wait, isn't someone missing? Of course, Will Smith, the undeniable driving force (aside from the boundary pushing CGI) that made the original Indepdence Day a colossal blockbuster, wasn't able to make his schedule work for Roland Emmerich's sequel. So what did they do with his character? Stop reading if you don't want to know, but film's promotional site, WarOf1996.com, details the demise of Smith's character, Col. Steven Hiller, in an accident while test piloting an alien ship.

Check out the Super Bowl spot below.