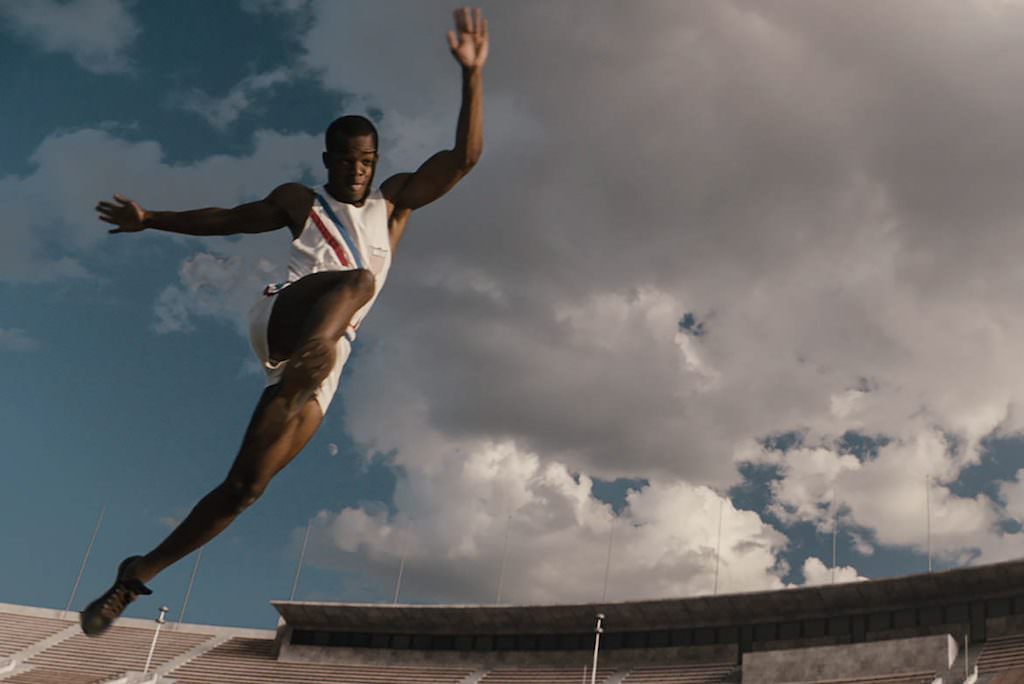 The punishing training regimes that actors undergo to transform their bodies for roles is well-documented: think Hugh Jackman, Chris Pratt, Michael B. Jordan, Chris Hemsworth and Ryan Reynolds, who have all pumped up the volume on their muscles at various times to play heroes on the silver screen. Jordan, in particular, turned his body into a credible fighting machine for his outstanding performance in Creed.

But for Canadian actor Stephan James, who plays Jesse Owens in the upcoming film Race, the training involved was about much more than just looking the part.

The film documents Owens, the supremely gifted track and field athlete from Cleveland, Ohio, in the lead up to the 1936 Berlin Olympics, where he was thrust onto the world stage during his history-making performance. The Games were intended by Hitler to showcase his vision of the superiority of the Aryan race, and it was amongst these simmering racial tensions that Owens won four gold medals- for the individual 100 and 200 meter, the broad jump and as a team member in the relay.

Event though there is less than three minutes of actual running by Owens (James) in the film, James was determined to perfect his unusual running style: quick, fluid steps and an upright carriage.

“His running style was so specific I knew I couldn’t fake it,” James said in an interview with The News Herald. “I had to pay attention to details. I knew right away, if I was going to play the fastest man on the planet, I had to train. I couldn’t really cut any corners.”

And train he did. James- who was already quite sporty, playing football and basketball – spent several months training with a men’s track and field coach from Georgia Tech, and did sessions with Canadian-born 2008 Olympian Hank Palmer. Palmer doubled for James in some running scenes and also plays Jesse’s brother Quincy in the film.

“I’ve done track for decades, and I’ve noticed that the fluid running style Jesse Owens had back in the day is something we’ve adopted and slightly modified through the years,” Palmer said in the production notes.

“I feel that Race will motivate young track and field athletes. For me, it was a joy to have the opportunity to be a part of this. Working with Stephan was about getting him prepared for the volume of running needed on the set – doing those scenes several times a day. Stephan did an amazing job, and I think if he would continue running he would be a pretty decent runner; he got used to the form, he caught on quickly to the Jesse Owens way.”