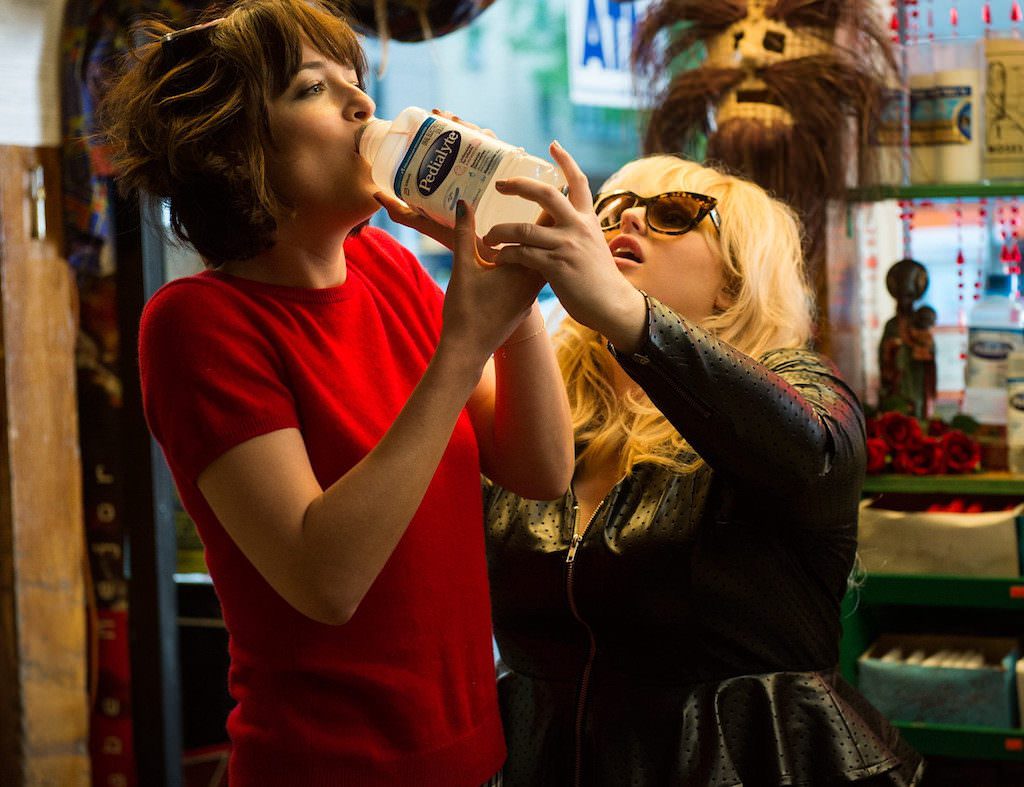 For audiences revolted by romantic comedies and in equal measure,  for those who love them, How to Be Single, which opens Friday, should attract them both thanks to Rebel Wilson, the comedic sidekick who really makes this girl-buddy comedy. The Australian actress plays the confident, sassy happily single foil to Dakota Johnson’s mousy Alice, a not-so-happily single co-worker looking for love and a new life, the girl-who-needs-to-learn-to-let-it-all-hang-out.

And who better to impart that skill than Robin (Wilson), an expert in cadging free drinks, fixing hangovers, and throwing one night stands out of their own apartments? While this film sees Robin take on a reluctant charge in New York and remodel her after her own free spirit, the life-changing sidekick trope seems to be a point of expertise for Wilson, having played the part to varying degrees of hilarity in almost every movie in which she’s cast. Before she was Robin, dragging Alice out on the town and to the waxing salon, Wilson was picking Anna Kendrick and Kirsten Dunst up by their bootstraps. The following are the Wilson sidekick moments which we’ll just repeatedly savor until Wilson finally gets the central casting she’s so terribly due.

For her first major supporting role in a breakout Hollywood comedy, Wilson took self-proclaimed “Fat Amy” (“so twig bitches like you don’t do it behind my back”), the Tasmanian college student with a golden voice, and made her the most likeable character in this better-than-expected teen musical.  She made us want to cop her style turning down a bad date (“I sometimes have the feeling I could do crystal meth, but then I think, better not…”) and take her up on her exercise routine (“I’m doing…horizontal running,” said from a sideways lean across auditorium chairs).

In round two, Fat Amy manages to one-up her lothario self with Elizabeth Banks directing (she produced the first in the franchise and acted in both). Everyone already familiar with these movies knows about the character’s upside-down wardrobe malfunction that opens the movie, mid-song, and the uninitiated can just YouTube it. For Wilson comedic sidekick gold, we skip the slapstick for quieter moments, like those where Fat Amy pep-talks her roommate Beca (Anna Kendrick), with a drily-delivered mix of confidence-boosting and self-indictment (“this is like when I take $20 out of your bag and you pretend not to notice”).

The one minor departure from this list is Bachelorette (2012), in which Wilson plays the straight man to not one but three maniacal loose cannons: her best friends, bridesmaids, and potential wedding-ruiners. As the bride-to-be, Wilson’s character spends most of the movie asleep on her wedding night while her friends destroy and then attempt to repair her wedding dress, but in the moments she’s on screen, she’s a straight shooting lynchpin getting the rest of the cast to shape up. It’s just this time around, her pearls of wisdom come from a point of sanity, aimed at making her chaotic girl gang grow up:

Minor though her role might have been, Wilson was a worthy of note newcomer back in 2011, playing not even the bad roommate, but the bad roommate’s freeloading, boundary-free sister from hell (“I didn’t realize it was your diary, I thought it was a very sad, hand-written book”). With no job, no self-awareness, and a penchant for back-alley tattooing, she’s the ultimate if unlikely driving force behind Annie (Kristen Wiig) pulling her unemployed, boyfriend-less life together.

Because it would be incomplete to leave this list without a few gems from a candid Wilson, we leave you with this clip of the actress visiting Conan O’Brien on his talk show. Among other things, she explains why she’s wearing a necklace that says “bitch” (“It was my grandmother’s”) and how she’s perfecting her “real, genuine American accent” (Real Housewives and Honey Boo-Boo, for better or for worse).

TAGSHow to Be Single