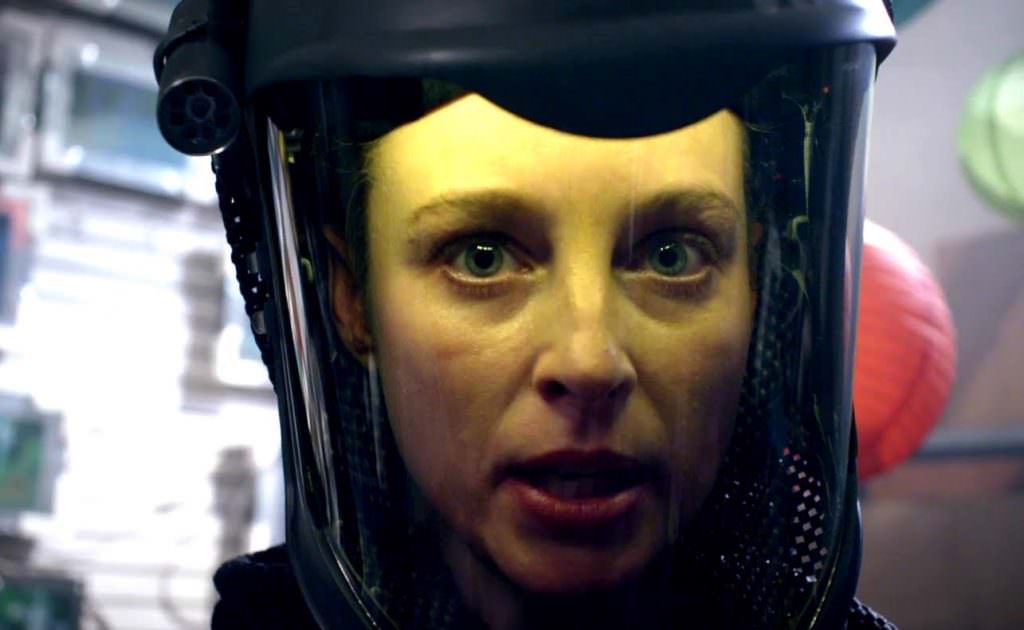 “Just try to think of it as a game," Gunner (Mekhi Phiferr) says to Lauren (Rachel Nichols), who you, the viewer, essentially are in this first-person POV horror. "It’ll help.” It probably won't, but Pandemic is taking a heaping helping of the visceral thrill of first-person shooter video games and adapting that for the big screen. At their best, a first-person shooter can make you feel like you really are about to be eviscerated by an invading army or eaten by a horde of undead. Pandemic is taking the video game format and marrying ito the found footage genre. The films that have provided a potent jolt in this growing genre, from the seminal Blair Witch Project to the monster mash Cloverfield, typically leave their characters, and by extension the viewer, in a very bad spot, or worse. Who can forget the terrifying final image of Blair Witch Project? I can't.

In Pandemic, Lauren is a doctor who arrives in Los Angeles to try and stop a pandemic from destroying the planet. Chances are she doesn't, which means you're going into this mayhem and likely not getting out–narratively speaking. Co-starring the aforementioned Phifer, Game of Thrones' Alfie Allen, Pat Healy, and Missi Pyle, the first Pandemic trailer is convincingly unnerving. The question is; will you be willing to enter Nichols' POV and take this on for its' feature length?

Pandemic, directed by John Suits and written by Dustin T. Benson,  bows in theaters on April 1 and on VOD April 5.