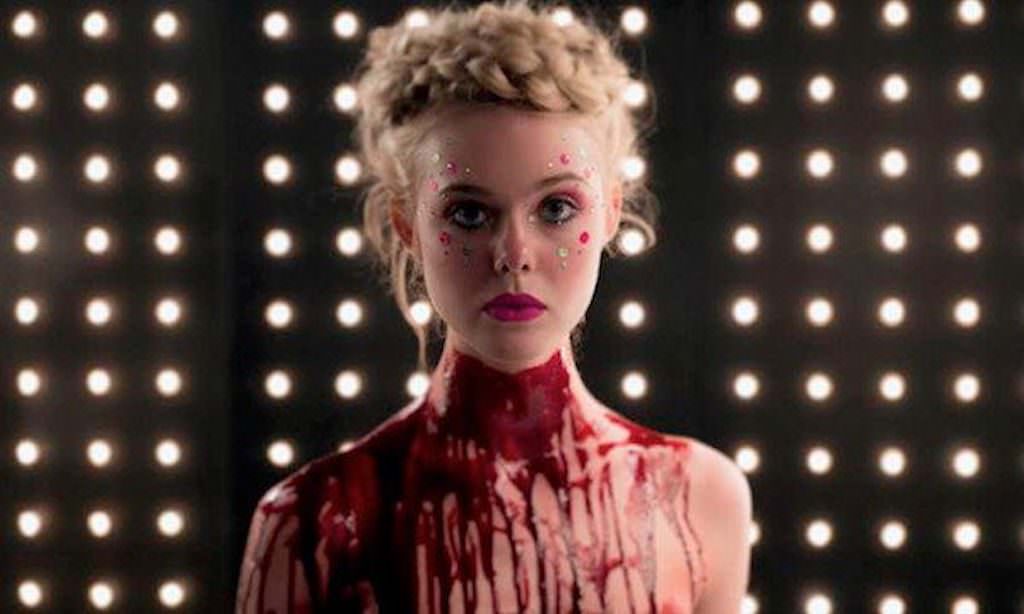 The Most Anticipated Horror Films of 2016

The highly awaited Sundance hit The Witch finally premiered in theaters last weekend after months of being shrouded in mystery, and with its arrival begins a deluge of high-pedigree horror that will stalk and stumble its way onto screens throughout the rest of 2016. There are some highly awaited sequels (spiritual and otherwise), many offerings from burgeoning auteurs and a few bigger budget productions that could set the genre up for one of its most prestigious years yet. To help you sort through the massive pile of titles, The Credits has rounded up the ten horror films (in no particular order) that you need to know about in 2016. It looks like this year is going to be a scream.

Already one of the buzziest films of the year horror or otherwise, JJ Abrams’ “spiritual sequel” to the found-footage classic Cloverfield was filmed under a different name to keep the hype machine carefully under wraps. News on the film broke about a month ago when a teaser trailer began surfacing at early 13 Hours screenings, bearing the name 10 Cloverfield Lane. Since then, details have been slowly pouring in. Newbie Dan Trachtenberg is in the director’s seat, and Damien Chazelle (of Whiplash fame) shares writing credits with two relative unknowns (Josh Campbell and Matthew Steucken). So far, all teaser and promotional material have been predicated around a basement where John Goodman has trapped (protected?) Mary Elizabeth Winstead after a near-debilitating car accident. Tensions mount when Winstead suspects Goodman isn’t as benevolent as he might seem, and she becomes convinced of her need to break out of the underground prison. We know little of the film’s scale, including whether or not the Cloverfield monster will make an appearance, but the viral marketers behind the film have been placing hints on sites around the web revealing correspondence between “Radioman” and “Radiogirl” referring to a basement and coming danger. Luckily, we won’t have to wait much longer to find out more about the film, as 10 Cloverfield Lane opens next month. It couldn’t come too soon.

Karyn Kusama, the wildly underrated director of films like Girlfight and the vastly misunderstood Jennifer’s Body has a new horror offering with her hellish dinner party film The Invitation. Following a central character that attends a dinner party thrown by his ex-wife and her new husband, the taut thriller exploits the mundanity of the dinner party setting as the guests are pushed to their limits in increasingly sinister ways. Working in the vein of other recent horror films like You’re Next and Would You Rather, The Invitation looks like a slow boil of a horror fest that’s more psychologically straining than particularly gory: inviting questions about loss, love and relationships. It’s set to be one of the most engaging and complex horror films of the year, and will hopefully cement Kusama as the masterful director she certainly is.

Writer/director Jeremy Saulnier is back, following up his visceral Blue Ruin with Green Room, a relentless horror film that pits a group of young punk rockers (Alia Shawkat, Imogen Poots, Anton Yelchin) against a group of vicious skinheads after they witness a horrible act of violence while at a gig in the secluded pacific northwest. Like Saulnier’s previous film, Green Room sounds to be low on concept but statuesque in its execution. And if the film’s trailer is any indication, Green Room could be the second installment in a long and distinctive career for Saulnier, a filmmaker so far becoming notable for his stylishly affecting violence and his slick visual sensibilities.

With its predecessor comfortably defending its throne as one of the best new horror films of the past decade, director James Wan returns fresh off his Fast & Furious stint to tell another terrifying story based around paranormal experts Ed and Lorraine Warren, with Vera Farmiga and Patrick Wilson returning to their respective roles. As per the traditional ghost story set-up, the Warrens will this time be visiting a mother and her four children in north London where they will be forced to battle a malevolent entity. The screenplay is penned by three returning The Conjuring contributors (Carey Hayes, Chad Hayes and James Wan), with Orphan writer David Leslie Johnson joining the docket. Following the true-to-life bent of the previous installment, The Conjuring 2 will be investigating the Enfield poltergeist, a phenomenon that drew significant media intention (and the interest of the Warrens) in the ‘70s. Watch the trailer above and try not to jump.

Do you remember a short film from a few years ago ruined your peaceful nights’ sleep? Chances are if you saw it, you do, because the film’s concept and visual creativity is jarring enough to lodge in your brain each time the light goes out. Comforting then (or, perhaps, not comforting at all), that James Wan & Co. are working on a feature adaptation of the film, entitled Lights Out, with horror screenplay vet Eric Heisserer behind the script and the original short film director David F. Sanberg back in the director’s chair. Few details are known about the film outside of the contents of the short film it’s based on, but it’s safe to say that if the feature is even half as terrifying as its three-minute counterpart, we’re in for a bumpy ride.

An Evil Dead remake could have gone so wrong, but Fede Alvarez’s 2013 rendition of the Sam Raimi exploitation classic was impressive in its commitment to practical effects and old-fashioned scares. This time, the writer/director is back with his own original concept, complete with Evil Dead leading lady Jane Levy in tow and Raimi on the project as producer. The project, A Man in the Dark, turns on a deceptively simple device which sets in motion a Rube Goldberg machine of horrors after a group of teens break into a blind man’s home. The cast is relatively small, with Stephen Lang appearing as the blind man, but with a dedicated director and a reliable cast and crew, A Man in the Dark could deliver some of the year’s most inventive scares.

Though recently Gore Verbinski’s resume has been smudged by the massive box office failure that was The Lone Ranger, one of the filmmaker’s most well-respected works was his brief foray into horror with his American adaptation of the J-Horror film The Ring. Despite Verbinski’s predilection for massive set pieces and even larger scale, the film was well-metered and effective, so it’s a pleasant surprise to all that Verbinski looks to be turning towards the genre again with A Cure for Wellness, a supernatural horror film starring Dane Dehaan, Mia Goth and Jason Isaacs. The film revolves around Dehaan, who is sent to a European “wellness spa” in order to rescue his boss from the facility. Mia Goth will play a patient there, and Jason Isaacs with play the facility’s director, with sinister machinations on one of the spa’s patients. Little else is known about the film except that production was largely conducted inside of a massive castle in rural Germany. Spooky.

If you know Rob Zombie and his work, it’s probably because you either love him or hate him. The notoriously sadistic filmmaker behind House of 1000 Corpses and The Devil’s Rejects has made his name by churning out steampunk exploitation films for over a decade, and Zombie is back with his first film since the darkly disturbing but successful The Lords of Salem. This time, Zombie is exploring one of his favorite horror fixations as he sets five carnival workers in a souped up house of horrors, constantly beset by fearsome clowns. The film, unsurprisingly, had to be cut three different times to receive an R rating (after two submissions put the film at an NC-17), and while the buzz for the film out of Sundance isn’t shining, the grindhouse filmmaker seems to be taking steps towards a more refined point of view. And anyway, if you are a fan of Zombie, you know already this is a film for you.

With The Invitation hitting in a few months, it’s already a good year for Karyn Kusama, but in light of her new project, it looks like 2016 is just getting better. She and American Psycho director Mary Harron have teamed up to put a new twist to the horror anthology subgenre: a series of films connected only by their female-driven plots. The filmmakers have drafted three other female directors to join the XX project (Sofia Carrillo, Jennifer Chambers Lynch and Jovanka Vuckovic), and each have been given free creative rein, with only budget, time constraints and the conventions of the horror genre as their set parameters. Not much is known about the topics set to be covered in the anthology, but the premise alone is worth plenty of anticipation.

Returning to the screen with a significant lot to prove in the wake of Only God Forgives, Nicolas Winding Refn has officially made the switch from aggressive realism to the horror genre in The Neon Demon: a star-studded affair featuring faces like Elle Fanning, Christina Hendricks and Keanu Reeves. Promising a dark look at the beauty-obsessed culture in which we live, Refn will center the film around Jesse (Fanning), a young model whose youth is devoured by a group of superficial woman who will go to great lengths to capture her allure. There’s rumors of the film containing voodoo and cannibalism, and while we can’t say for sure, we wouldn’t underestimate Refn’s brutal sensibilities. The film was purchased by Amazon, promising a three-month theatrical run before the film’s arrival on VOD. A relief, considering that thanks to Refn’s stunning visual standards, this may be one you’ll want to see on the big screen.

Featured image: A still from The Neon Demon. Courtesy Amazon