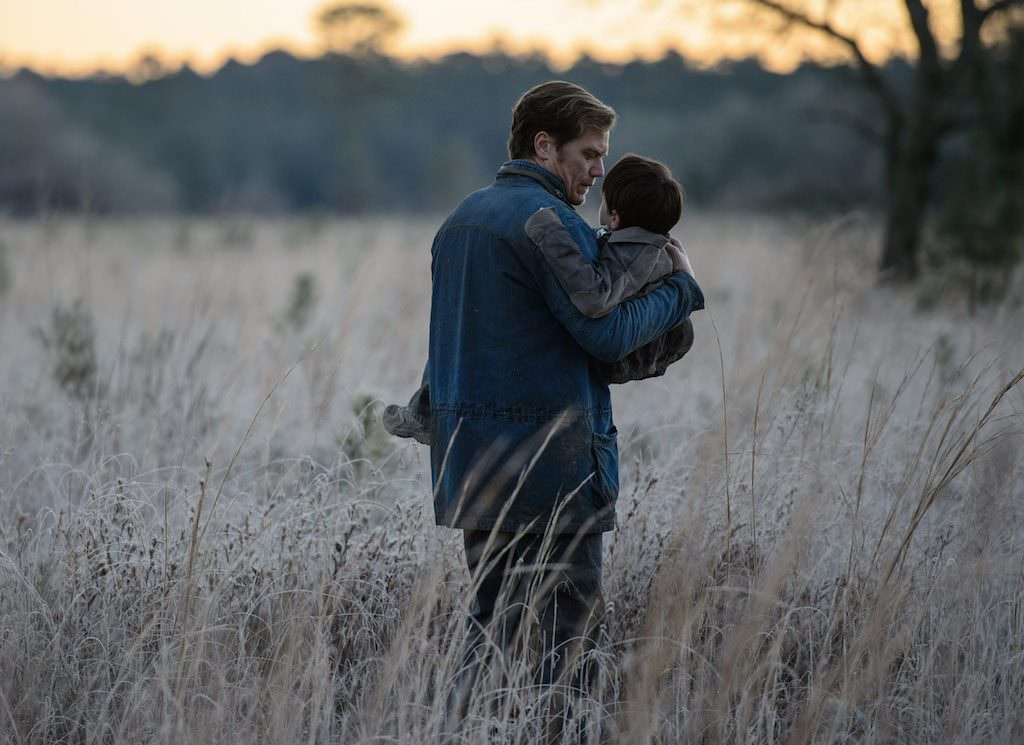 Science fiction, thriller, or family drama? Jeff Nichols’ latest film, Midnight Special, which opens this week after premiering at the Berlinale, absorbingly mixes all three genres. Lead actor and perpetual Nichols collaborator Michael Shannon is a valiant dad on the run, trying to save his eight-year-old son, Alton (Jaeden Lieberher), from both a religious cult and the US government. These two entities are equally fervent — if sometimes mysteriously so — and violent in their pursuit of little, exhausted Alton.

Alton is special, of course, possessing an ability that’s plain to see. Blinding light shoots out of his eyes intermittently, and when it does, the roof of whatever structure he’s in caves in, the ground begins to rumble, or a military satellite falls out of the sky. What the light means, and what it does to humans, is harder to understand. The other characters are unilaterally drawn to it; Doak, the unfortunate host of a safe house on Alton and Roy’s journey makes himself persona non grata when papa Roy catches him staring deep into that light. We can only assume that Doak (Bill Camp) was also the culprit who made Alton activate his searing eye-beams, and removed the child’s safety glasses (literally a pair of blue children’s swimming goggles). And maybe poor Doak, whom Roy beans over the head in punishment, couldn’t help it. The light seems to make people feel better, how or why we don’t know, but the magnitude is such that an entire religious group at the so-called Ranch (white, zealous, and with at least the women clad in long dresses and ubiquitous French braids, a visual reference to the Fundamentalist Church of Jesus Christ of Latter-Day Saints) expects Alton to lead them into some version of the kingdom of Heaven.

How that might be, is anyone’s guess.  We also don’t know how an incredible magnitude of classified government information, like key location coordinates, seems to pass through the vehicle of Alton’s body. The government doesn’t know, either, but they are certainly assured of this fact, and more than ready to pull out all the stops in pursuit of young Alton. (Even more obtuse are the reason for the Ranch’s unhealthy level of interest in the same information, beyond “religion.”) And Nichols, it turns out, doesn’t actually want you to know what you don’t know. Post-premiere, the director acknowledged these gaps, saying “Midnight Special is the culmination of removing information to the point of possibly endangering the story itself, but it was an important experiment to me.”

Despite some conspicuously M.I.A. backstory, Nichol’s escape tale is an engaging one — it’s hard not to want to know what Alton is capable of, and what might befall him thanks to those abilities. Just let the little boy’s light wash over you, and don’t ask too many questions. (Does this sound like an invitation to a cult, yet?)  Add in Adam Driver as Sevier, a likable NSA agent who proves himself to be more Edward Snowden than a card-carrying member of his shadowy Big Brother agency, and Kirsten Dunst as a Ranch escapee and loving mom, and it’s easy to give yourself over to this occasionally background-free saga. And Nichols has even made it easy for audiences to add in what they’re missing, themselves; the director noted that while “it was a very calculated  decision to try to remove as much exposition as possible, it doesn’t mean it doesn’t exist.” This certainly helped with the mental justification surrounding Alton’s birth vs. adopted parentage (the spiritual leader of the Ranch, played by Sam Shepard, is Alton’s adopted father. But only for two years, it seems. But Alton has his last name, Meyer. Anyway).

Audiences just have to accept Alton’s otherworldliness and bizarre family tree, and ride along on his intense trip to an undisclosed location in the deep South. What’s behind his illness, rapid return to health, and journey home is about as fundamentally understandable to a layperson as Einstein’s recently confirmed gravitational waves. But just like physics’ phenomenal recent discovery, the crux of Midnight Special is something just to know about — it doesn’t matter if you’re chewing away on meat that doesn’t seem to actually be there. The movie’s dual exploration of paranoia and blind belief, punctuated by bouts of unfortunately realistic, savage violence, create a gritty world in which gentle Alton just doesn’t fit, not even counting his exceptional abilities. Nichols might not have made it easy to understand where the kid is going, but it’s clear to see why he wants so badly to leave.