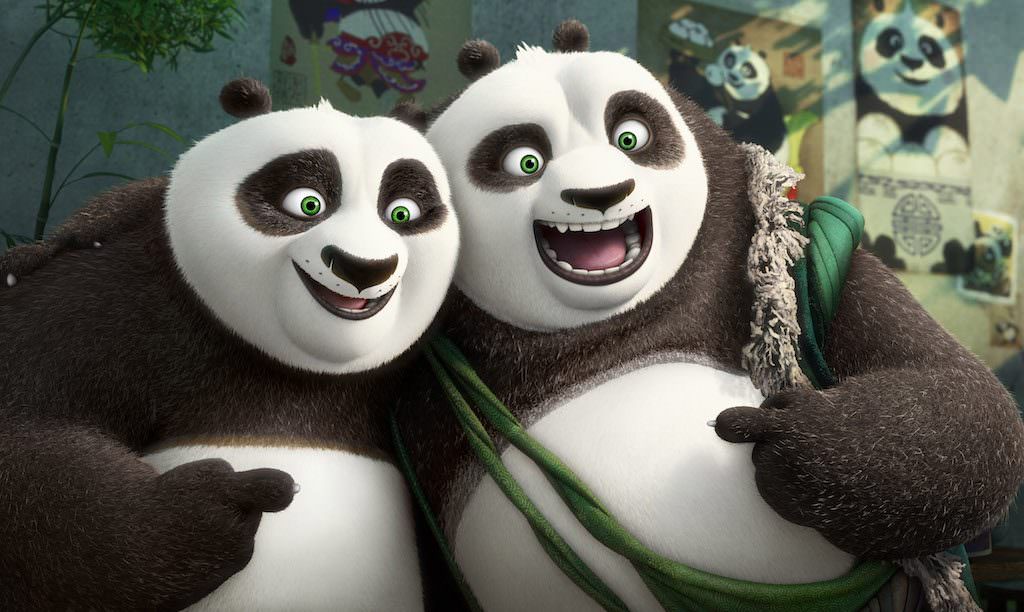 If anyone was silly enough to bet against the appeal of pandas- especially the martial arts-loving kind- they’ll be sorely disappointed as Kung Fu Panda 3 topped the box office for a second weekend in a row. We chat to editor Clare Knight about spending the last 12 years working on the Panda trilogy, finding the ‘gold nuggets’ of Jack Black’s performance and potentially launching her son’s career as a voice actor (he’s five).

You've worked as an editor on all three of the Kung Fu Panda films, is that right?

Yes. I have. 12 years of my life, yes. It has been quite a journey. My personal journey is that I met and married my husband [actor Wayne Knight who voices Big Fun and Hom-Lee in this film] on the first and I had my son Liam- who voiced baby Po- on the second.

So, it's been a family affair?

Exactly! I got them both in there. As an editor, you don't get many hours with your family, so it's always good to have them, to hear their voices anyway.

You found when you were trying to find the noises for baby Po that the existing recordings were all very old, so that's why you recorded Liam?

Oh yes. I'm so familiar with them all because again, as an editor, and particularly in animation, you have to build the movie, so you have this encyclopedic knowledge of every sound effect. When we were looking for the sound for baby Po I found that I was hearing the same sounds in every advert. I know them very well, so it was very nice to be able to take a microphone home and record Liam at different times, just, even for myself, to have his voice and use that within the movie, gave it a very nice tone I felt and a very nice voice.

He would be old enough now, you would be able to say to him in the last film that, ‘That was you when you were a baby!’

Yes! I do. My husband and my son came to the premier- he’s five now- they hadn't seen anything and he actually plays the part of a little girl in this, the one that chases Tigress around. We've been doing this movie so long, he had a very, very babyish voice when we started, so I was able to record that. He was fine with being a girl.

Can you tell me a little bit about how you develop Po’s character and the way Jack Black voices him?

We start out making a template of the movie with storyboards. There's thousands of storyboards, so that it becomes easier to understand the structure of the movie. We can put it up and look at it and change and restructure it. Jack comes in and we may have decided on certain lines at this point and he just works with it. That really is what animation is about, the voice acting plus the animator and both of them work off each other. Dan Wagner, our head of animation, would come and listen to the ad libs of Jack and the directors, we go through everything.

How does the process differ to editing live action?

One of the great pleasures I have with animation editing, which you can't do in live action, is you can really cut together the dialogue. You can take takes from months apart and create this performance. You can put, which you can't do in live action at all, if an actor has left out the last word, you can take it from another take. You can really mold the performance. Jack gives so much that you're almost having to trim down the areas and find the best gold nuggets, as I call them, of Jack’s performance.

That's part of your creative process as well, I guess. Do you enjoy that?

Yes. My favorite part, is the dialogue editing, I must say because you really get into the detail of how to create a performance and you feel very collaborative as well. It's so much about building the character. It's very exciting.

Excuse my ignorance but once you have the storyboards, do you record the dialogue first and then animate around that?

Yes. They start out with these very simple drawings to create the scenes and you add the dialogue, you add effects, and you also have to have music to give it an emotional tone or desired pace. Once you've built out this template, you then record, you actually bring in the actors, you would probably use scratch actors. Then it evolves again. Jack will come in and look at the lines and go, ‘What about this?’ You try a whole load of things and that can change everything. You may even decide to move a scene somewhere else. Break up a scene, all of these kind of things can happen.

When you've got so many choices, is it a challenge to stick with something and then move on?

I imagine you could end up down a rabbit hole sometimes?

You definitely can. Again, what I find helpful about the story boards, you can make a two-hour movie and realize, ‘Oh my God, no one's going to be able sit through this.’ But they're all moments we love. Then you have to really hone it down to what you want it to be and that's really the great part of editing and collaboration with the directors.

What was important in this third installment in terms of the story and expressing certain themes?

Definitely we went to a deeper level with Po because we really set up the character in the first one. The second one, we started to go deeper into looking at his backstory and then, because we hinted at the end that his father was alive, there was really a great deal of excitement to be able to go and have the whole father story and getting him to go back to the Panda Village to find out there were other pandas. To get him training pandas. To meet the bad guy.

Did you find that there were any particular challenges working on this film, as opposed to the other ones?

One of the big things we decided to introduce was this idea of a Spirit Realm and bringing back one of the beloved characters, which is Oogway, one of my favorite characters from the first one. You wouldn't think that he would be coming back, but he does. There was a lot of challenges figuring out what the real Spirit Realm was like. As we went through the process and went into production and went into animation, we, at one point, were very much spelling it out for the audience what the rules of chi were, what the Spirit Realm is, as we went to the preview process when we go in front of audiences, we realized that people had got it.

Chi is essentially the life force, and we were able to change a lot of things so that they weren't so spelled out. We moved a scene to the beginning so you'd be brought straight into this Spirit Realm, into a battle with Oogway and Kai, which I think is a very exciting way to start and it's also a threat that keeps the momentum of the movie going from there on.

That's also the benefit of having the two previous films to build up the world, so that you can then take a few more risks.

Yes you can. Also, the world of where the pandas live. They've been hiding out for years. Raymond [Zibach], our production designer, has us start out with these beautiful paintings of snow and going up into the mountains. When you actually get up into the Panda Village, it's such a beautiful experience, such a visual treat. It really is a lovely place, I love looking at it. I had to watch the movie over and over again, we've been double checking things as it goes out and those moments are breathtaking each time. I can watch them over over again.

What's next for you? Are you moving out of the world of pandas?

I don't know. I only just finished Panda. As the editor, you're there from the very beginning to the end, so that was an emotional day for me, where I was moving my office and finishing up. I didn't realize it would hit me that the 12 years would be over. Who knows? The studio takes each of these movies separately, so you never know what's going to be next for Panda.