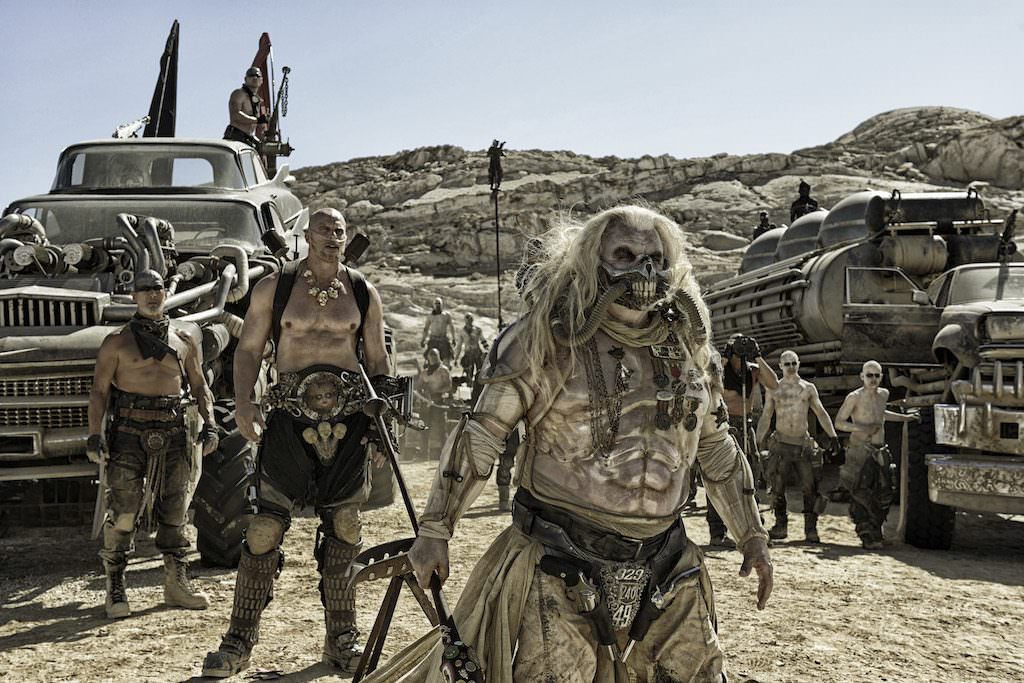 If there’s an overwhelming theme that the films nominated for best achievement in production design share, it’s the idea that each of the main characters is trapped.

From the planetary trap of The Martian being stuck on an isolated planet far from Earth to the psychological trap of The Danish Girl’s protagonist, who realizes that his body’s sexual organs don’t match up with her gender, the films here show characters who are trying to escape from their current environments.

Max is facing off against Adam Stockhausen, who was nominated for Bridge of Spies. Stockhausen has been nominated in this category for three consecutive years earning a nod for 12 Years a Slave in 2014 and winning the award for The Grand Budapest Hotel in 2015. Also nominated is Eve Stewart, the production designer of The Danish Girl. She was previously nominated for Topsy-Turvy in 2000, The King's Speech in 2011 and Les Misérables in 2013. The fourth nominee is Jack Fisk, who is nominated for his work on The Revenant and was previously nominated for There Will be Blood in 2008. The last nominee is Colin Gibson for his work on Mad Max: Fury Road. This is Gibson’s first nomination.

In preparation for the Oscars on February 28th, we decided to take a look at the five nominated films in this category to see how the production designers were able to achieve their unique visions. 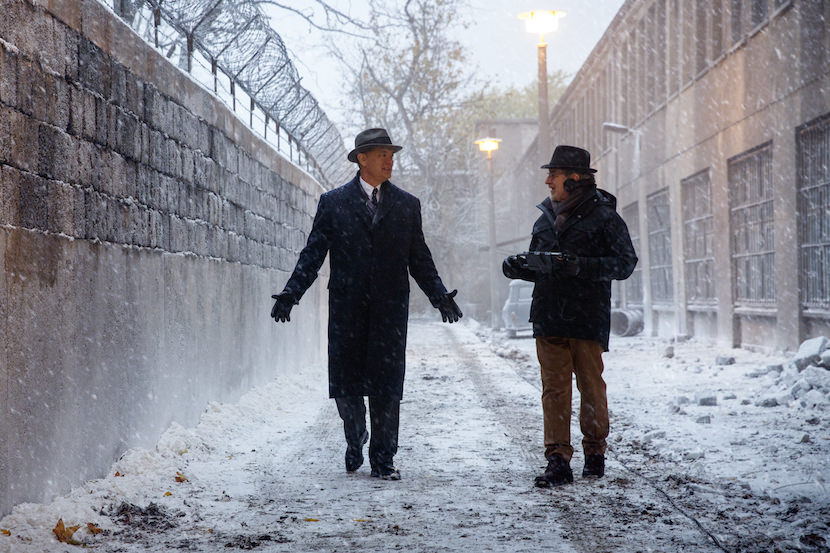 Tom Hanks and Steven Spielberg on the set of 'Bridge of Spies.' Courtesy Warner Bros.

For Bridge of Spies, Stockhausen worked with set decorators Rena DeAngelo and Bernhard Henrich to capture the grim world of Berlin in the early 1960s. In the Steven Spielberg film, Tom Hanks plays an insurance agent who is sent to Berlin to negotiate a prisoner exchange between the United States and Russia.

To replicate the feel of that divided city and the look of the Berlin Wall, the production team and had to build an elaborate set in Poland. In an interview with The Credits, he noted, “We found this great square in this town in Poland, and it was really amazing. Then, we started adding to it. I started adding these buildings that were broken, and adding all the different elements in a different area of the same [town], adding all the different elements for Checkpoint Charlie.”

The set worked remarkably well in the film and in fact, some of the film’s most dramatic moments take place there. 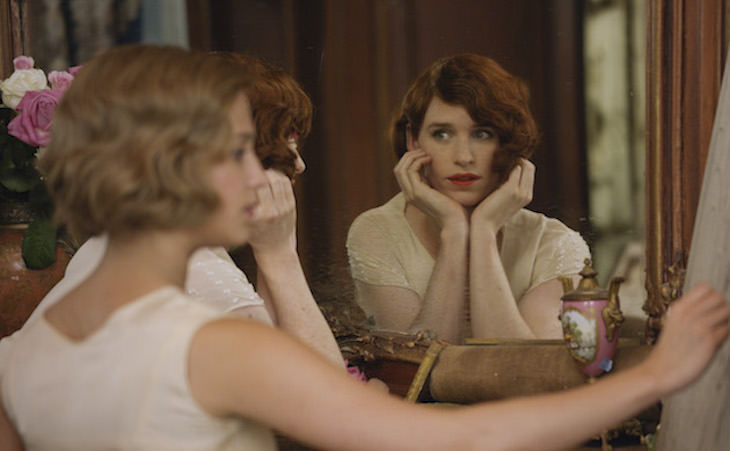 Alicia Vikander and Eddie Redmayne on the set of 'The Danish Girl.' Courtesy Focus Features

In The Danish Girl, production designer Eve Stewart and set decorator Michael Standish had to design sets that replicated the look and feel of European buildings in the early 20th Century.

In the film, protagonist Einar realizes that his gender is female and with the support of his wife Gerda begins transitioning — both physically and emotionally — into a woman named Lili. Both of the main characters were real-life artists and Stewart and director Tom Hooper were inspired by their paintings in developing the sets.

In an Architectural Digest interview, Stewart noted that understanding these paintings “was the way into the design.” The article’s author notes that “The melancholy tones of Einar’s landscape paintings are reflected in the couple’s Copenhagen apartment and studio, where the film begins” but after Einar begins transitioning, “Gerda’s work comes alive when she begins painting portraits of Lili, and that newfound vibrancy inspired the interiors in Paris.”

The movie brings this true story to life not only in the script itself but in the production design too, which was clearly inspired by the paintings these two artists left behind. 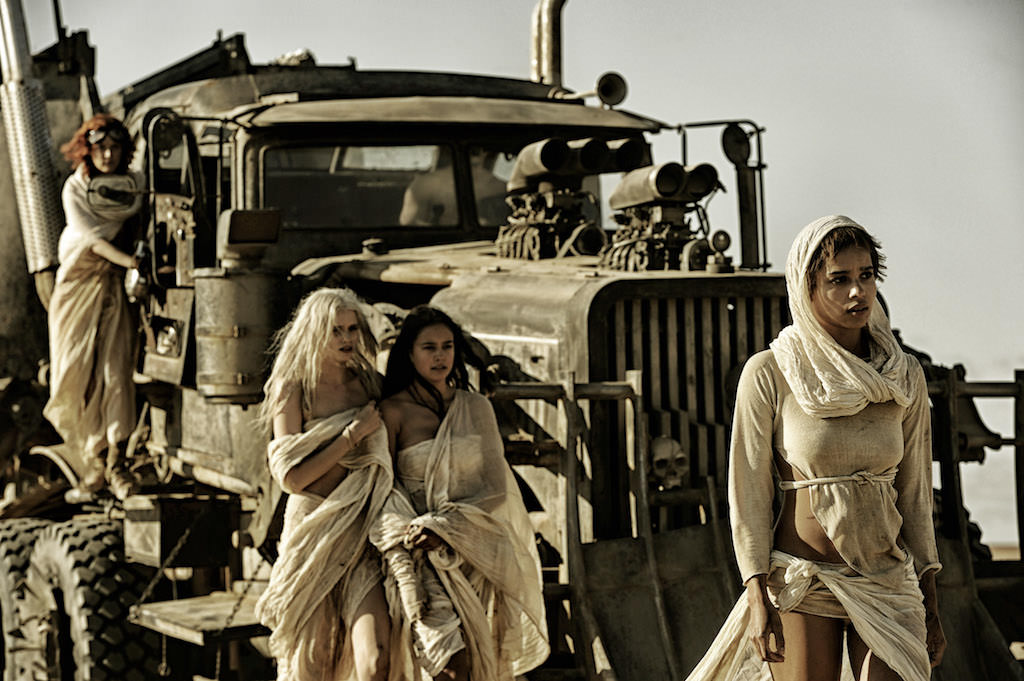 The film takes place in a dystopian future, where little has survived over the years. That concept was extremely important when the production team and director George Miller were tasked with creating the film’s vehicles. (Read our interview with art director Jacinta Leong on how they created those beastly machines.)

In an interview with Deadline.com, Gibson was asked about this topic but his response speaks to the philosophy of the entire production. He said, “George helped define a series of rules. To justify its existence, something had to be four or five things. It had to have a personal resonance. It had to have more than one use… Also, it had fit into the new sociopolitics, the new religion.”

In the film’s dystopian future, everything needed to have a purpose. With so few resources, the characters were forced to live simpler lives and that shows in the choices that the production team made.

Matt Damon on the set of 'The Martian.' Courtesy 20th Century Fox

Although The Martian isn’t based on a true story (it’s an adaptation of the Andy Weir novel, read our interview with screenwriter Drew Goddard here), the book and the film are constructed in a way that makes the audience feel like it could be a true story. The plot revolves around a botanist who is accidentally abandoned on the planet Mars when his NASA crew leaves him for dead.

In order to craft a production that made scientific sense, the filmmakers and director Ridley Scott relied on NASA experts and scientific leaders to make the film as realistic as possible. For Max, having to adhere to what was possible rather, and working within a framework NASA believed was credible, was something he enjoyed. "I'd rather have constraints about the physical laws of the universe, and also, in conjunction with NASA, what technology they have planned," he told The Credits in an interview.

For instance, the production’s space vehicles had to look exactly as they would if they were going to be used on Mars. "They are constrained by very extreme tolerances of construction and failure of proof of the construction," he told us. "We build stuff in paper mache. We had to try a little harder on The Martian, because things had to look like they could really work. They had to be banged around in the desert, banged around in storms, just being let loose at the mercy of grip and electricians and prop men. So there was a higher standard than normal for movies, because things had to function and that made them look even more real."

Throughout the entire production, Max and set decorator Celia Bobak fought to ensure that their production choices were as accurate as possible. The results were spectacular with both well-known scientists and mainstream audiences loving the film and appreciating its undeniable attention to detail. 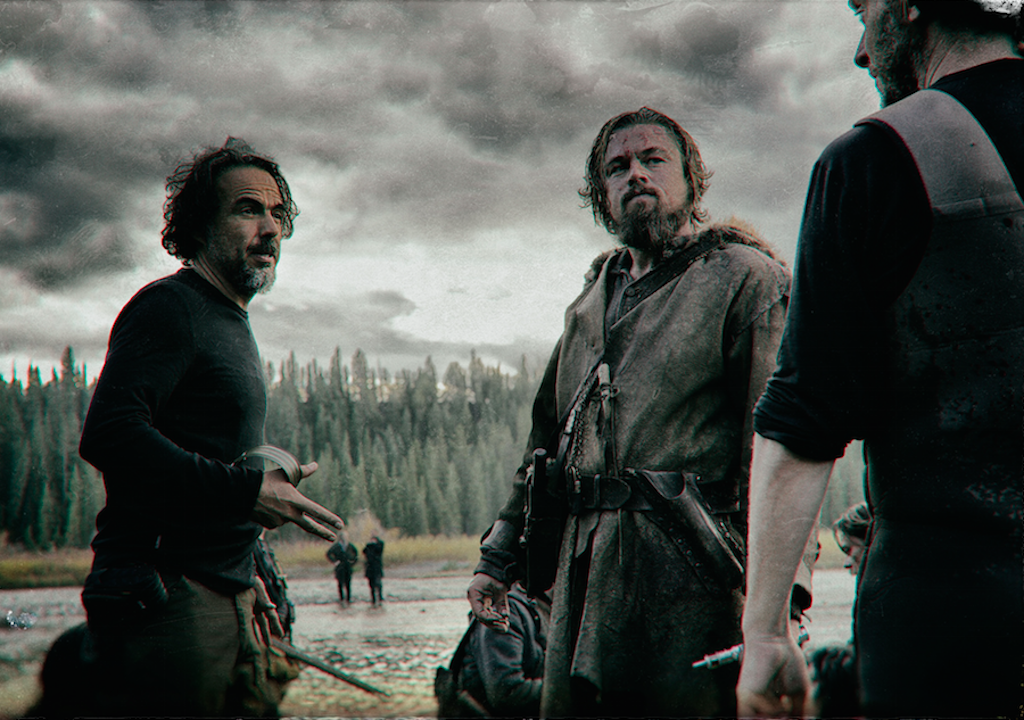 Director Alejandro González Iñárritu is known for his breathtaking attention to detail. The Revenant is a perfect example of that. The film tries to recreate the conditions that real-life frontiersman Hugh Glass faced in the wilderness in the 19th century, after being left for dead.

For production designer Jack Fisk and set decorator Hamish Purdy, that meant trying to get every detail right in the sets they created. In a recent interview with The Credits, Fisk spoke about his work on the film. When asked about the military fort that appears in the movie’s latter half, Fisk noted, “We built that near Alberta, in the Canadian Rockies, with trees we harvested as well as some free materials from Canada's Parks Services. We had a real blacksmith on site, and that set was real from every conceivable angle.”

Because much of the film revolves around the survival of trappers in freezing wilderness, Fisk added that the production team “built things based on the survival techniques trappers and Indians had used, and these are pretty common sense—you need to stay warm, most of all. The challenge we set for ourselves was to look at any location we were going to use and see what was there.”