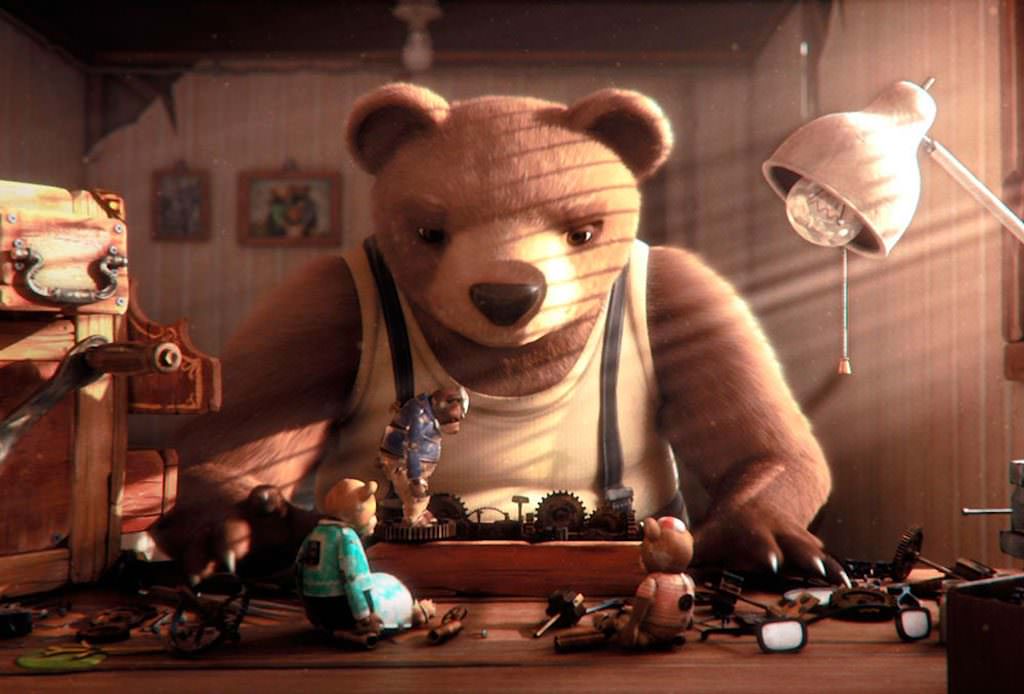 We've covered a slew of the either often overlooked or misunderstood nominated categories for this year's Oscars. Earlier today we published our technical guide to visual effects, and in the past week or so we've looked at editing, costume design, and sound mixing and editing. Now we're going to shift our focus a bit and look at the short film category; live action, animated and documentary. These are the categories that represent the moments when many viewers take their bathroom or snack breaks. But seasoned Oscar watchers know better. The shorts are easier to see now than they used to be, with the internet, HBO and Netflix programming them (along with some theaters). They’re not only worth watching for their artistic merit, but the shorts are the make-or-break categories for the Oscar office pool. All the strategy around your best picture pick withers away when you strike out with these tougher-to-predict awards.

So, whether it’s for art or to get a leg up on your competition, the Oscar-nominated shorts are well worth checking out. The live action category offers five of the best short films I’ve seen in years. Viewers are not likely to forget director Jamie Donoughue's Shok, the first Kosovo film production to snag an Oscar nomination. At 24 minutes, it packs more emotional punch than many features. Shok, based on an experience in the life of producer/actor Eshref Durmishi (who plays a soldier in the film), it’s about two boys whose friendship is tested as they and their families experience the horrors of the Kosovo war as Serbian soldiers occupy their town. It’s a taut, unsentimental film that you’re not likely to forget.

Equally gut wrenching is Patrick Vollrath’s Everything Will Be Okay from Germany, a powerful look at divorce from a child’s point of view. Michael (the terrific Simon Schwarz) picks up his 8-year-old daughter, Lea (Julia Pointer, amazing) for a routine weekend visit. But it soon becomes apparent that Michael has plans to flee the country with his daughter. As Lea begins to figure it out, things rapidly disintegrate into heartbreaking despair. It’s hard not to have compassion for the adults, but it’s the child, torn and confused, who feels the irony of the film’s title like a fist.

Both films are worthy of winning the live action short Oscar, but the other three in the category have enough appeal to pull off an upset. Write/director Benjamin Cleary’s engaging Stutterer, about a lonely typographer in London who can’t communicate the eloquence that is in his head, features a terrific lead performance from Matthew Needham.

Basil Khalil’s Ave Maria brings a light touch to the Israel/Palestine conflict that Oscar voters might like. A carload of observant Jews crashes into a statute of the Virgin Mary on the grounds of a remote convent just before Shabbat. The nuns inside, who’ve just taken a vow of silence, try to help the quarreling family get back on the road.

Henry Hughes’ Day One is Zero Dark Thirty meets Call the Midwife; a harrowing first day in the life of an Iraqi interpreter assisting the US Army on the front lines.

The five animated short films vying for Oscar gold represent various styles and filmmakers at different points in their careers. My personal favorite, Bear Story, Gabriel Osorio’s dazzling piece of 3D animation, is the first nomination in this category for the country of Chile. In the story of a lonely circus bear who builds an elaborate mechanical diorama to honor his long-gone family and to recall his past, one can see the allegory of life under the repressive Pinochet regime and the families torn apart. Osorio’s own grandfather was exiled from Chile in the 1970s and spent 10 years in England.

World of Tomorrow, Don Hertzfeldt’s first Oscar nod since 2000 when he was nominated for Rejected, has to be considered the frontrunner since it won the grand jury prize at Sundance and top prizes at many other film and animation festivals. Its simple animation is paired with a dense but humorous sci-fi narrative as six-year-old Emily is whisked far into the future by her cloned distant self.

Sanjay Patel’s personal Sanjay’s Super Team from Pixar is about a young boy who, bored with his father’s mediation, imagines Hindu gods as superheroes. At just seven minutes, it’s a father-son story with heart, Pixar-style.

Veteran animator Richard Williams (he last won an animated short Oscar back in 1971 for the classic A Christmas Carol) is back with Prologue, a hand-drawn depiction of a brutal battle between ancient Spartan and Athenian warriors.

Russian filmmaker Konstantin Bronzit also was nominated before: in 2009 for Lavatory–Lovestory. This time, Bronzit has crafted the charming and moving We Can’t Live Without Cosmos. In the year of The Martian, this poignant story of the friendship between two cosmonauts readying for a mission should resonate with voters. The film has won numerous awards on the festival circuit, making it a deserving contender.

All five best documentary short subject nominees deal unflinchingly with brutal truths about injustice and suffering around the globe.

Sharmeen Obaid-Chinoy’s A Girl in the River: The Price of Forgiveness (airing March 7 on HBO) exposes the horrific “honor killings” of young women so common in Pakistan. After secretly getting married to the man she loved, 19-year-old Saba was beaten by her uncle, shot in the face by her father, put her in a bag and thrown in a river to drown. Unlike most young women who are victims of such barbarism and injustice, Saba managed to survive, although as the film charts Sara’s recovery, we learn that most men won’t be persecuted for such flagrant human rights abuses. Obaid-Chinoy won the short documentary Oscar in 2012 with director Daniel Junge for Saving Face, which focused on reconstructive surgery for women who had acid thrown in their faces for similar “honor” transgressions.

Another topical documentary is Body Team 12 by David Darg and Bryn Mooser (on HBO March 12), a 13-minute look, mostly through the eyes of a trauma team nurse, at Ebola victim clean up and cremation in Liberia.

Courtney Marsh’s Chau, Beyond the Lines (streaming on Netflix) is a portrait of Vietnamese teenager Le Minh Chau, born with deformed arms and legs because his mother was exposed to the deadly defoliant Agent Orange used by the U.S. during the war. Filmed over eight years, it’s a powerful indictment of war’s endless casualties and an inspirational look at one young man’s determination to succeed as an artist.

Another compelling profile is Claude Lanzmann: Spectres of the Shoah, directed Adam Benzine and set to air on HBO May 2. Lanzmann is the now 89-year-old director who spent 12 difficult years making the nearly 10-hour epic documentary Shoah (1985) about the Holocaust. Considered a landmark non-fiction film, Shoah won numerous critics’ awards in 1985 and 1986 but wasn’t nominated for an Oscar. Voters may want to honor it, and its tenacious creator, by awarding an Oscar to this unforgettable 40-minute film.

Last Day of Freedom from directors Dee Hibbert-Jones and Nomi Talisman (streaming on Netflix) is an animated documentary narrated by Bill Babbitt, who eloquently describes the troubled life of his younger brother Manny. A decorated Vietnam vet who battled PTSD and was often homeless, Manny in 1980 was convicted of killing an elderly woman while living with Bill in Sacramento. Bill cooperated with police and was assured that, due to his documented mental illness, Manny would not get the death penalty. But the legal system failed everyone, and Manny was executed by lethal injection with his brother by his side.

Bill Babbitt is the sole storyteller, with his interviews recorded and rotoscoped. The animation brings an elegant simplicity to his anguish and grief as if stripping it down to its most basic form and revealing the still-raw pain inside this ordinary man.