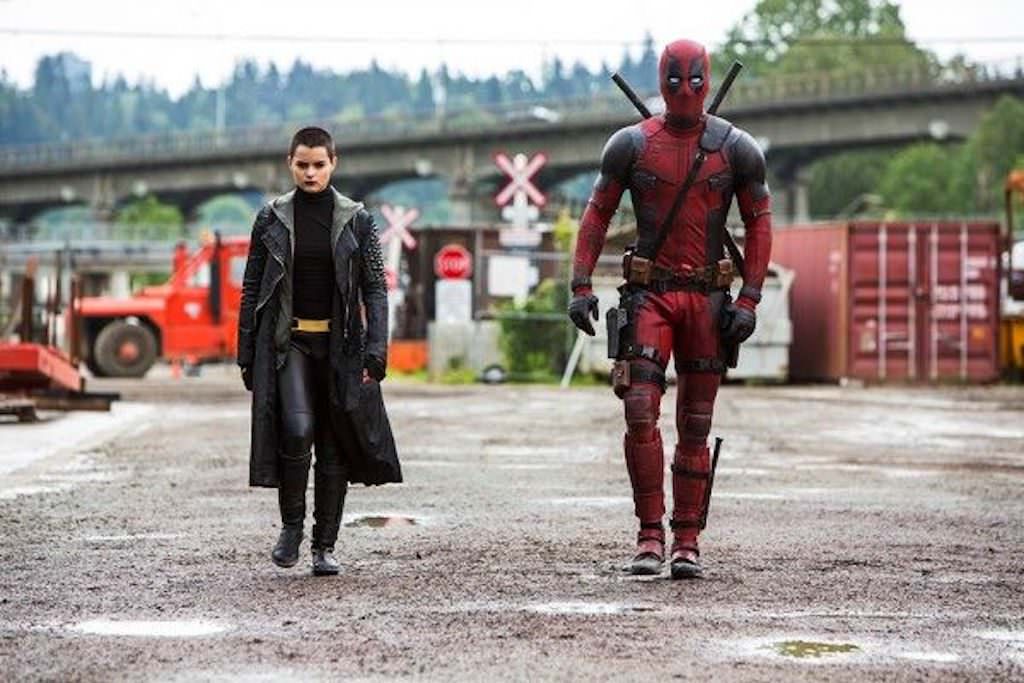 With the reviews of Deadpool solid (it’s sitting at an 83% fresh rating on RottenTomatoes.com) and the full court press media blitz leading up to the film release on Friday, you will probably not be surprised to hear the film is going to do very well this weekend. The critical consensus about Deadpool is that the wiseass mercenary played by Ryan Reynolds brings the funny, foul-mouthed, fourth-wall-obliterating central character off with vim and vigor.  And the assorted mutants and freaks he works with or hunts down, from the super evil Ajax (Ed Skrein) and brutally powerful Angel Dust (Gina Carano) to his team, Colossus (Andre Tricoteux) and the Negasonic Teenage Warhead (Brianna Hildebrand) make for a violent, very out-there Marvel film. All of this adds up to Deadpool tracking for a potential $70 million box office haul over the four-day President’s weekend.  It’s playing in more than 3,540 locations—that’s a lot of theater space for people eager to see just how R rated Deadpool really is. As our Aubrey Page wrote, “in case there was any concern about Deadpool squandering its much-hyped R rating, you can rest easy.”

Reports are that Fox is trying to downplay this huge President’s Day weekend opening, but even if the film doesn’t take in $70 million, it still has a good chance of being the second biggest President’s Day Weekend launch ever, trailing only Fifty Shades of Grey’s $93 million debut in 2015. Fandango has reported that Deadpool is their top seller this month.

And so the final bit of unsurprising Deadpool news is this; The Hollywood Reporter has it that a sequel is already in the works. "Rhett Reese and Paul Wernick, who wrote Deadpool, are writing the script for a follow-up, which has already been greenlighted." Reese, Wernick, director Tim Miller and star Ryan Reynolds pushed hard to get Deadpool made. It looks like their confidence in the material has, and will continue to, pay off in a big way.