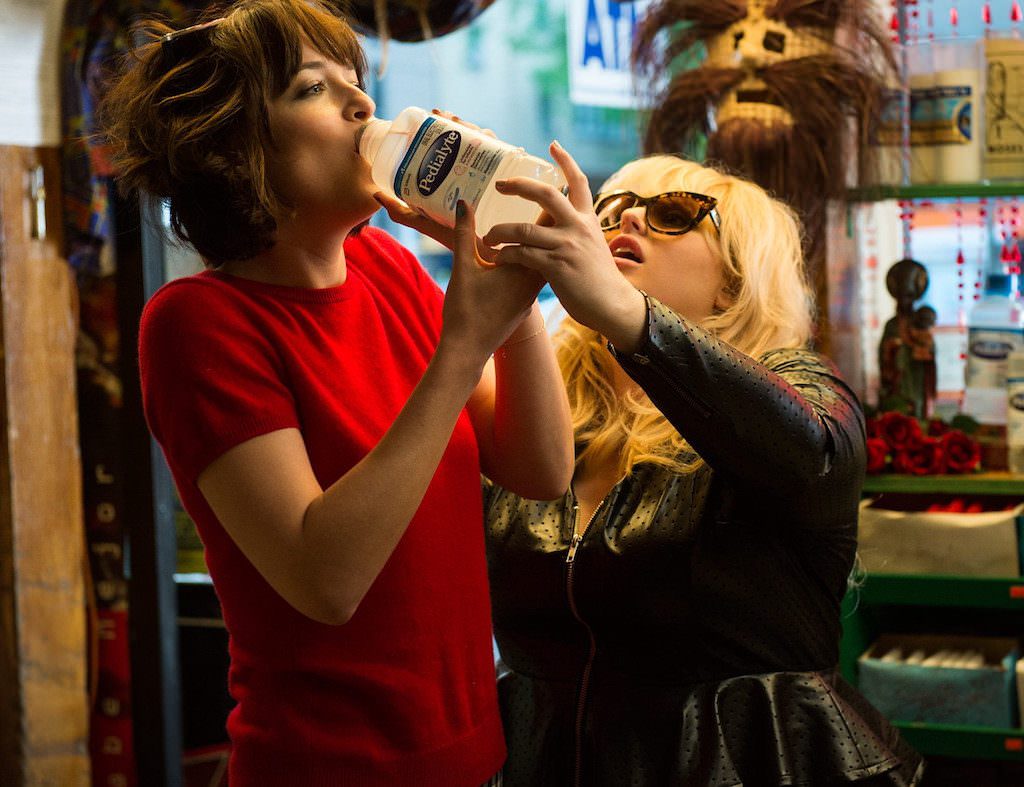 Chatting With How To Be Single Director Christian Ditter

How To Be Single, starring Dakota Johnson, Rebel Wilson and Leslie Mann, is the perfect anti-Valentine’s Day option for singles in need of some fortification. We talk to its German director Christian Ditter about filming in New York for the first time, encouraging the actors to improvise and signing on to direct Netflix’s Girlboss.

Do you want to tell me a little bit about how this project came about for you?

Yeah, I got a phone call basically saying the producers liked my film Love, Rosie they want you to read a script of theirs called How to be Single and I said, ‘That's a good title. Send it over.’ I read the script overnight, because I was in Los Angeles at the time, I'm usually based in Germany, and I said the next day ‘I love it. I'd love to met them.’ So we met, and talked about it and they asked me how I would shoot it. How I would see it. Literally half an hour after that meeting I got the call from them saying we want to make a film with you. Which was crazy! Sounds like a fairy tale but it actually happened that way, so I got very lucky.

Obviously, it’s a very female story, and you’re not female, so how did you feel that you were in a good position to tell the story?

You know, I have a lot of females in my life. My mom, my sister, my wife, I have two daughters, so I have a feeling I'm a good observer of females. It's a little bit like also New York where I've never lived, so I'm an observer of that location. Also, I'm a big believer in collaboration so, for example, when I made kids' films in Germany, and obviously I'm not a kid anymore, I would always ask them if it rings true to their life what they're doing right here or if they, let’s say, sniff out any things that ring false to them, which kids are incredibly good at, so I would always take on their opinion.

How did you go about that on this film?

Two of the screenwriters are female and also obviously our actresses, and in the first meeting I said, ‘Okay, I want this film to feel real. That's the utmost goal for this film, and obviously it should be funny and all that, but it should be relatable and it should feel real. Whenever you feel that we are just pretending something or making something work that doesn't really work in reality, please speak up.’ And, you know, all these ladies are not shy with their opinion.

Can you give me an example of when one of the actors weighed in on something that they didn't think was quite right?

It was more… I start from a point where I ask the actors, ‘Okay, can you relate to that on a personal level right? Do you know how this feels?’ Because if there's no common ground for an actor with that theme, it will feel forced later on.

For me, it was just the treasure trove of richness, of visible richness. As a director, coming from Europe, where film crews are much smaller and logistical challenges that come with it just because of sheer size are also much smaller, I approached it with a naiveté. I always said, ‘Oh this looks awesome, I want to shoot here. And this looks great, let’s shoot here.’ Sometimes I realized that people took a beat and were starring at me before they said, ‘Okay, are you sure?’ I said, ‘Yeah, doesn't it look great?’

And that worked to your advantage because people ended up just making it happen?

Exactly, it worked to my advantage because when I arrived on set and realized that we had to close off like five blocks, I had a really bad conscience because I thought, Oh my God, this was really a lot to ask for but I didn't know at the time. So, yes, I was happy that I came to it as a newbie.

New York has been on the screen so many times, being an outsider maybe gives you an opportunity to show it from a slightly different perspective?

Exactly. I was in New York before only like one time as a tourist a few years ago. Our starting point for designing this movie was to look at the photographs I took back then because I wanted the film to have that feeling of wide eyed wonder that Alice, our main character, has when she comes to the city. But also that I certainly had when I came from Europe and saw it for the first time.

Rebel Wilson is quite the comedic force of nature and really gets a chance to shine in this film.

Well, if you're lucky, like we were to get Rebel Wilson, you want to let her play to her strengths, so I encouraged her to improvise a lot, and what I always said in the beginning was just film the takes how they were scripted, because the script was also very funny to start with. Then when we got that I encouraged her, and also the other actresses, who are also very talented with improv, just have some fun with it, and a lot of things that are in the movie now came from these improv takes. You know sometimes there's something in the moment, something happens, you always look for the unpredictable right? So for me as a director, I always want to create an atmosphere that allows stuff to happen that's fresh because otherwise takes get more repetitive and the energy starts to drain because nobody's surprised anymore.

Can you think of a good example where something happened like that and it made its way into the end product?

Yes. One of the first nights where we had the girls together was the scene where they arrive at the hospital in the cab, and the three of them sit in the cab and they need to get out of it, and what's just scripted is the cab stops, they get out and Rebel stays behind. That's not what happened, though.

I had a feeling that you were going to talk about this scene when I asked that question!

You know it! It was really scripted like that and we shot it like that and just the logistic of getting three women sitting in a row to get out of a cab it takes forever, and I did a take and I literally saw myself flash forward sitting in the editing room a couple years later and cutting that because it just takes too long and then you would have cut straight into the hospital.

Instead I said, ‘Okay, Rebel this is boring, you know? It's boring to watch you slide out of a cab and you know you need to get our faster or find an interesting way of doing it. I don't know what to tell you but it just needs to be faster, so the next time the cab rolled up she didn't open the door at all and I thought, Oh my god, now the doors are stuck and everything. But, obviously, as we know now she rolled down the window and then this whole thing of climbing out the window and then dragging Leslie Mann who also had no idea this was going to happen! Dragging Leslie Mann out of the window and then the topper was that Dakota just opened the door saying, ‘Robin, it was locked.’ She also totally locked into that comedy bit that Rebel came up with, and all three ladies went with it. None of them knew this is going to happen except Rebel, who just made it up on the fly, and you know after we filmed that, which was very early on in the process, I thought, all right, it's good to let them go improvise a little bit.

What's next for you? I read that you've signed on to direct Girlboss for Netflix, is that right?

Yes, I'm very excited about that. It's a script by Kay Cannon, the writer of Pitch Perfect. It's based on real life story of [Nasty Gal founder] Sophia Amoruso, who in her early twenties was dumpster diving in San Francisco, like literally eating bagels out of trash cans, having no money at all, and with her last five bucks she bought a jacket in a thrift shop and then sold it on this new thing at that time called ebay for 500 bucks. Building one of the biggest online fashion empires. It's very funny but at the same time a very inspiring and heartfelt story.

TAGSHow to Be Single