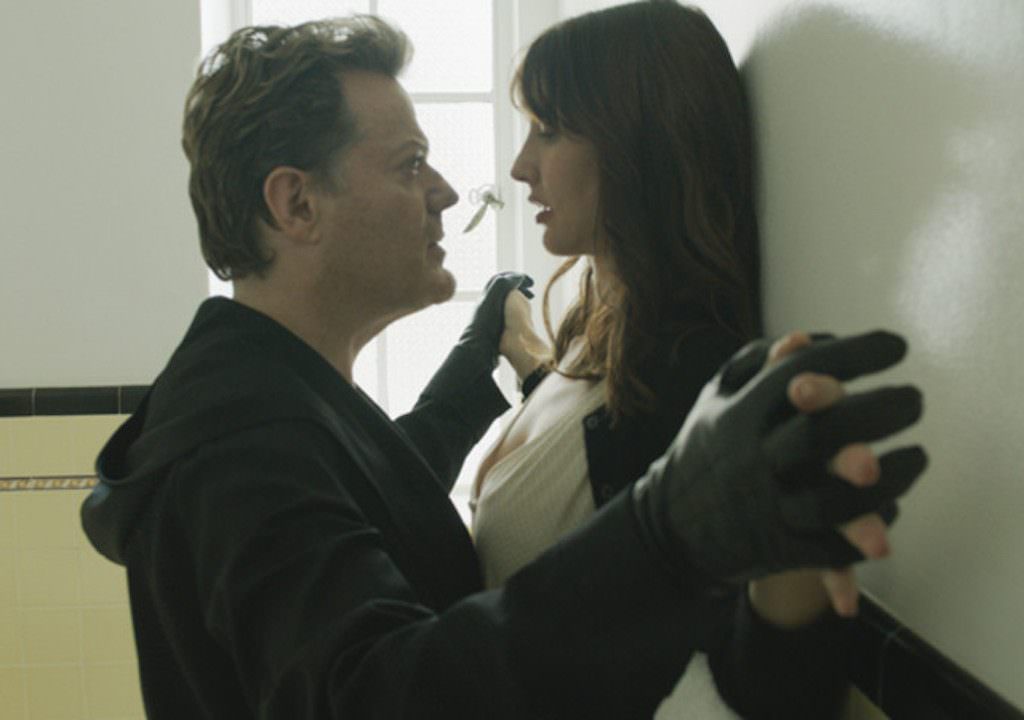 Chatting With Day out of Days Writer/Director Zoe Cassavetes

In Day Out Of Days, starring Alexia Landeau and Melanie Griffith, writer/director Zoe Cassavetes follows the struggles of a forty-year-old actress trying to stay relevant in Hollywood. We talk to Cassavetes about making her second feature film, crowd-funding and what she learned from her trailblazer parents, John Cassavetes and Gena Rowlands.

I was reading that you chose to go down the crowd-funding route to finance the film so you could cast your friend and co-writer, Alexia Landeau in the lead, rather than go for a bigger name. Was that the thinking behind it?

Yeah, that was the thinking behind it. I have to say, crowd-funding is no easy feat, but it was really important to me. I really wanted Alexia in this role. I conceived the project for her and then we ended up co-writing together and it was a really involved process. We had worked together in the past and had a very good bond and understanding of each other. It's funny, because almost the whole idea of the movie was the concept of, Why isn't Alexia working all the time? She's so talented I'm going to write a script for her. It's funny that the film almost mirrors that in a way.

It’s a very meta movie in that sense!

[laughs] It definitely is a meta-movie, unfortunately.

It really captures the debate about feminism and society, particularly how that's reflected in Hollywood. 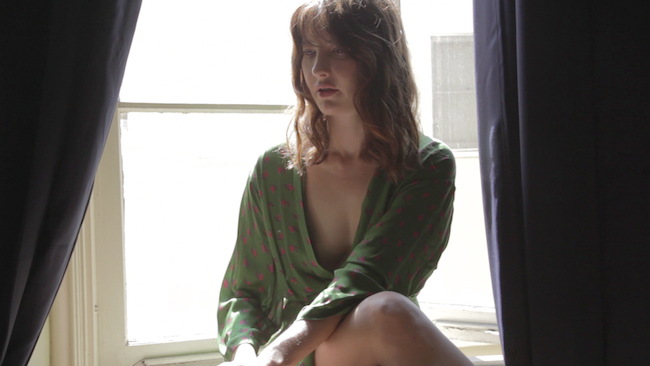 Alexia Landeau in 'Day out of Days.' Courtesy MarVista Entertainment

You said you were particularly inspired by what Alexia was going through. What else drove you to make film exploring those issues?

You know, I have to be honest, making movies is always a slightly selfish thing for me. I like writing and I was thinking about myself actually. I was thinking, I'm 45 years old, I'm that age when you're no longer a girl and you no longer have that power of youth which is a very, very powerful thing. It's almost like you're in the second part of your life and you have to admit it to yourself before you can actually start the journey. It's hard and it sucks and you have to change a lot of things and you're old and you're set in your ways, so it's not just being about an actress. I mean actresses have this incredible pressure on them to stay relevant, and young looking, and anorexic…

That power of youth that people experience in everyday society is multiplied when you're an actress.

Yeah, but when you lose it, when someone starts calling you ‘Ma'am’ like someone started calling me, I was like, What? Are you f*cking kidding me? I'm not a ma'am, that's my mother. So, you're almost blindsided by it, you know? So it's universal in that way.

What have your experiences as a female filmmaker in Hollywood been? Have you had a good run and lots of opportunities? Or has it been a struggle to carve a path out?

Well, I'm a bit of a nightmare because I want to do what I want to do, so I'm a bit of an anomaly. When I think about it at first I say, ‘I haven't done anything’ and then I look back and say, ‘No, I've done quite a bit, actually’. I'm not an object of desire, but there's something nice about that too. I'm not the object of desire as the 45-year-old director, so I can do my job.

In this film and your first feature Broken English the main character is a woman who is struggling with her identity, her career, being single and aging. What is it that keeps you coming back to these ideas?

I think the more honest I can be about my fears and my weirdness and all the things about myself that I worry about and expose them, my experience is that people have really related to that, although at first it's really icky and scary. But that's also the pleasure of it. You just have to be sort of brave about it and throw it out there and hope that people relate.

You wrote and directed both of your films. Could you see yourself directing something someone else has written? Perhaps if you were tapped on the shoulder to direct a big-budget studio film or something like that?

I guess if the story is right, it's never something to say no to, I make movies to facilitate my writing. I love both but it starts for me with always with a story. If a story could capture… Jesus Christ, wouldn't it be lovely if someone could do some of the work and I wouldn't have to f*cking do it all? Yeah, I would be psyched, I mean I'm always open to it but I think it's a learning experience. This is my second feature film; I've definitely had film school 101, 202, 303 on this one, I've graduated Magna Cum Laude from film school. But it's great to have confidence in what you're doing and there's a lot of stuff to know as well, so to step into a role on a big job where I didn't feel like I could trust myself, that would be the only problem.

What challenges did you have on this film? What did you feel you had to learn?

Well, I learned so much on this one because I was the producer and I helped locate financing and I did a bunch of things on this movie that I had never done before and never thought I was good at doing. I'm a great fundraiser, actually; I don't take no for an answer. Shooting was great, we had a great crew. They were just amazing and everyone knew what the deal was and I called in every favor I had and that was pretty smooth. Then afterwards when everyone starts to peel off and go into other jobs and you're left to try to put together a movie; it's a much, much, much bigger job that anyone who doesn't make movies could ever understand.

So you come from some pretty serious Hollywood pedigree. Growing up around film sets, do you think you learned a lot through osmosis?

For sure the reason I love it is because of how it was presented to me as a kid. What great role models about work and how hard you have to work because you love something? Shit, they didn't have an easy life a lot of times; they were paying for their movies, running off… I was a kid but as far as making films in the house and having this attitude; my dad and my mom really had this attitude that your film, your crew, they're your family, so there was a lot of making chicken sandwiches, but I loved it. It was collaborative and everyone got to do something and got to feel something. That was something I really wanted to bring, besides the artistic side of things, just having that group of support and family. I don't like when people say, ‘It's my movie’. It's not my movie, there were like 50 people who worked on my movie. I love them all and without one of them I wouldn't have made it, so we really developed teamwork.

You seem to be quite independent and driven to get your vision out there. And…

Nuts? Maybe, maybe a little. I love it, I love it so much it means so much to me to tell stories and to be around people who want to share in telling those stories. It's great, it's my passion so I am driven to do it, and I am crazy, and I mostly take the road less traveled but I'm looking to do something different. I want to push myself further every time. So however that works for me, it doesn't seem like it's going to be an easy life for me but quite compelling in other ways.

You directed your mom in Broken English, is that something you'll do again?

Oh, I doubt it. Not because I wouldn't work with her again but she's getting a bit old now and she's not working so much but it was such a great experience to be able to have done that. In that moment I don't look at her as my mom, I look at her as Gena, and I'm getting the best actress in the world to be in my movie. She's so respectful and also has really incredible insight. We love in our family to talk about movies, and talk about casting, I mean we're so boring. All we do is talk about movies.

Day Out Of Days is available on Digital HD and On Demand.