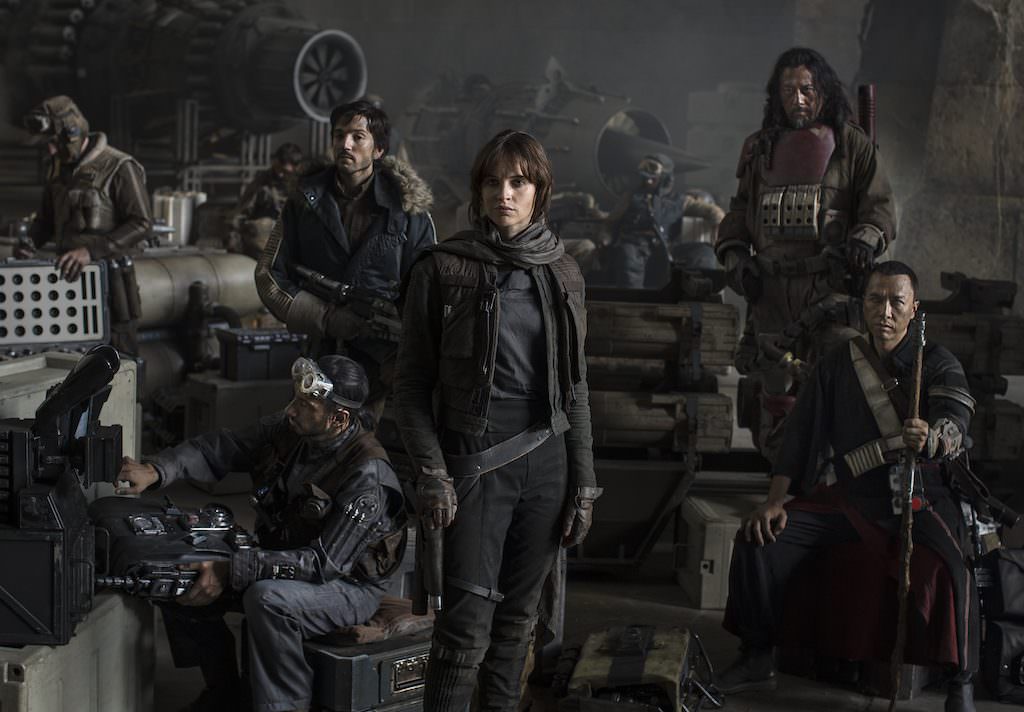 What you already know about Rogue One: A Star Wars Story, the next addition in Disney's Star Wars canon, is probably pretty limited. You know it's the first film in Disney's upcoming release schedule that's not a part of the Skywalker saga trilogy, to which The Force Awakens was the first, and you know it's about the band of rebels who stole the plans for the Death Star, which were eventually uploaded to R2D2 and set the events of the very first Star Wars film into motion. That's about it, we're guessing, as it's about all we know, too. The rest is pure speculation. How director Gareth Edwards and screenwriter Chris Weitz are going to tell this story, and who the fine actors they've assembled are going to be, is the grist of the Internet rumor mill. That we know how the main plot turns out (it can't be a spoiler considering it's right there in Star Wars: Episode IV —A New Hope—they're successful at stealing the plans), the devil will certainly be in the details of just how they pull it off, and who these characters are and how they intersect with the larger galactic narrative.  And in this instance, the devil will likely be played by the great character actor, Ben Mendelsohn.

Now, just because the Internet is full of unsubstantiated rumors regarding all things Star Wars, that doesn't mean there aren't credible sites out there that have a fairly decent track record when it comes to ferreting out those details. A few sites have some potentially interesting scoops regarding Rogue One. These scoops are, again, unsubstantiated, and while the details aren't truly spoilers, they just might reveal some key information about who's who in the film, so for purists who like to go into the theater knowing as little as possible (or as little as the huge marketing blitz will allow in an era where every new teaser, trailer and clip can be instantaneously uploaded into a gadget in the palm of your hand), stop reading.

Okay, so the first scoop comes from StarWarsNews.net, and it involves Rogue One character code names. "They reveal a little bit of information about the characters being portrayed by Felicity Jones, Jiang Wen, Forest Whitaker, and Alan Tudyk (and also elucidates what kind of motion-captured character Alan Tudyk is playing)," the site informs us. Now here's where it gets a little, um, ferociously fanboy, if you will, but this is how these scoops come about; they've made their deductions based on a series of action figures, called the Black Series, that were initially assumed to be connected to The Force Awakens but they believe are actually tied to Rogue One. These action figures were all given odd code names.

Here are those code names that StarWarNews.net has found, matched with the cast photo: 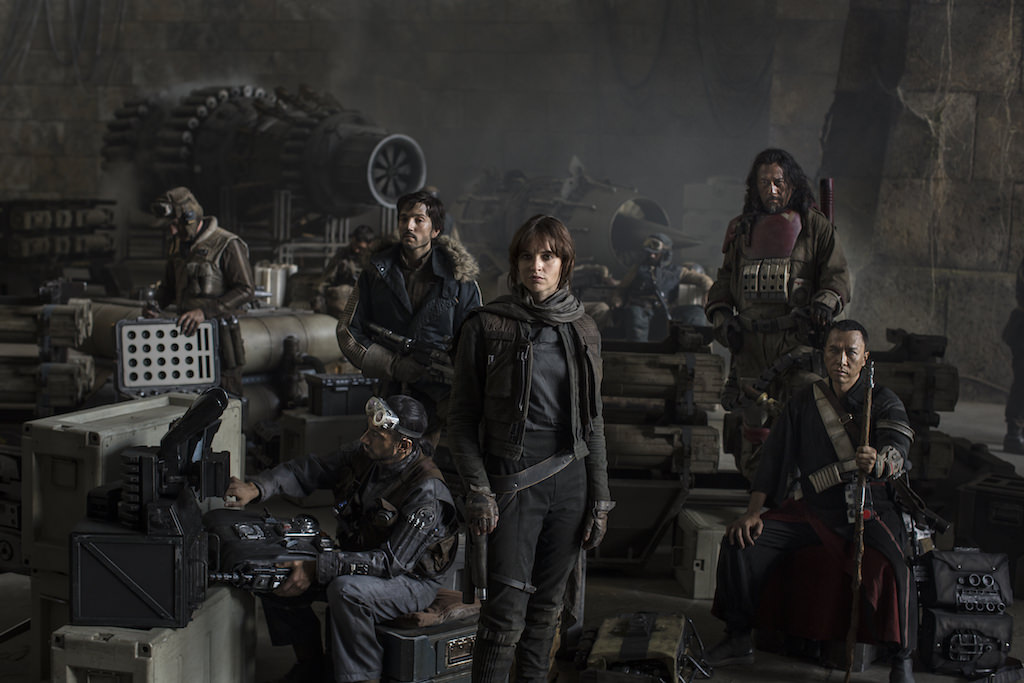 StarWarsNews.net feels confident that Alan Tudyk is playing a droid, thanks to his code name, and that he’s aligned with the Rebel Alliance. Relying on information from MakingStarWars.net, Tudyk's character is a commando. Meanwhile, they believe the great Forest Whitaker is playing a character who "isn’t necessarily immediately aligned with the Rebels – he may be operating as a third party." And Mendelsohn's character could be related to an action figure with the code name "Shark Trooper."

They've also deduced that Whittaker's character uses a cane, might have robotic leg (making him an android of sorts), and is perhaps a veteran of the Clone Wars. And Mendelsohn's bad guy has been rumored to wear a long, flowing white cape and could either be a powerful figure within the Empire, or, some kind of master criminal, perhaps in league, or of the same galactic gravitas, as Jabba the Hutt. Also, Slashfilm has collected shots taken from the Nuremeberg Toy Fair last week of costumes from the film.

And one more toy-generated bit of speculation—i09 reports that thanks to a certain spaceship seen at the aforementioned Nuremberg Toy Fair last week, where Lego was teasing their upcoming lines of Star Wars products—there seems to be a touch more veracity to the rumor that a beloved Star Wars bad guy will be involved in Rogue One. The ship seen at the fair belongs to Bounty Hunter Boba Fett.

So, as you now see—this is all heavy on speculation, with a few potentially salient points but nothing really in the way of a spoiler. It will be interesting to see just how closely these details are guarded going forward. Unlike The Force Awakens, which took us past the events of the original trilogy into brand new (ish) territory, Rogue One is taking us back to a point just before A New Hope, and with the outcome of the central plot known, it'll be key for the details, the hows and whys of it, and the characters who spur the action, to be kept secret.

If that's still possible in today's world, of course.