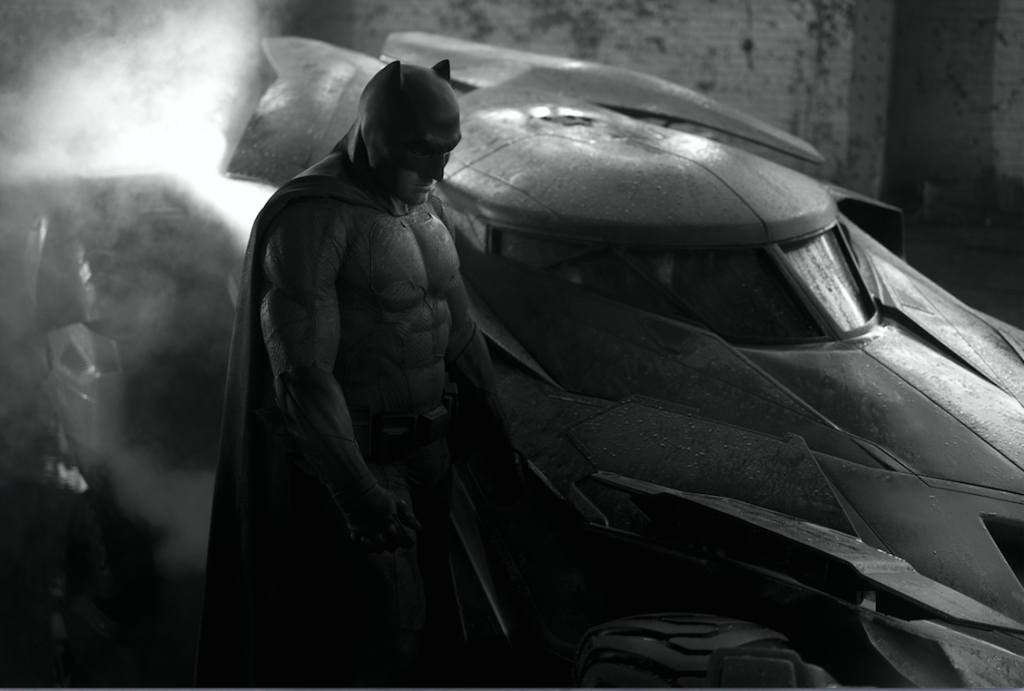 It looks as if Warner Bros. really did leave the best for last; the final Batman v Superman: Dawn of Justice  is the by far the most potent of the bunch. It's always been a stretch to imagine Batman (Ben Affleck) actually being a match for Superman (Henry Cavill); one's a man, the other's closer to a god. Yet the final trailer gives us way more footage of Zack Snyder's version of Batman, a much rougher sort than Christopher Nolan's Batman (Christian Bale), who was tough, to be sure, but cerebral and a martial arts expert and someone still young-ish enough to do a lot of fancy footwork when he fought. Watching Affleck's Batman, an older, grizzled version, absolutely manhandle a dozen men proves that this Dark Knight of Gotham prefers brute strength over style.

But the real kicker in this trailer is the moment that Batman actually proves himself a possible challenge to Superman. We won't spoil it with an explanation, you'll see it below, but it's arguably the most compelling few seconds of any of the Dawn of Justice trailers. We know that eventually these two will have to team up (there's a reason this is the Dawn of Justice, as it's the start of the Justice League of which these two are a part), so it'll be interesting to see them in enemy mode for a little bit. Once Wonder Woman (Gal Gadot) shows up, it's likely that larger forces (say, Doomsday) will force these two to shrug off their beef with one another and deal with the real threats to Gotham and Metropolis.