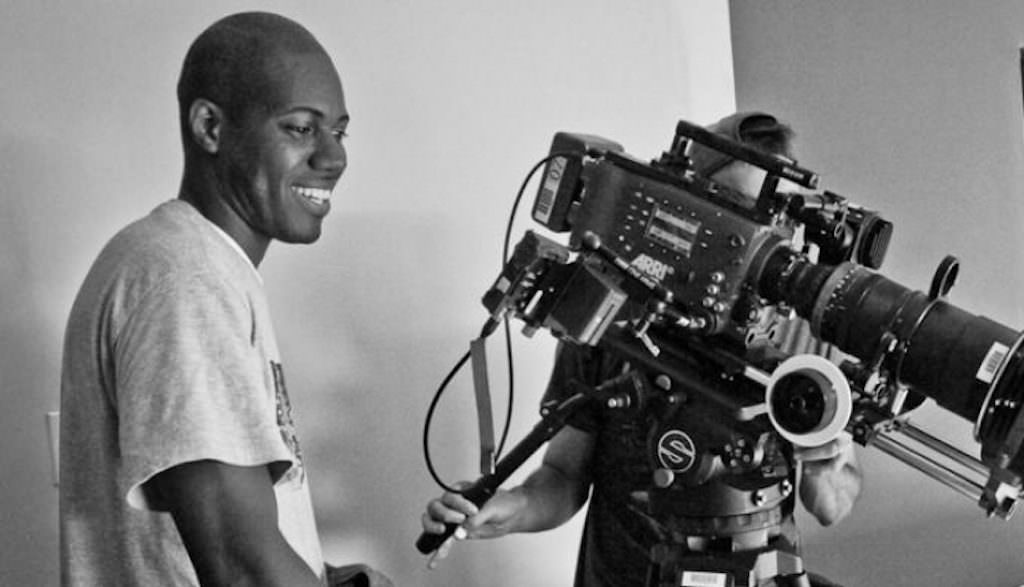 The NYU Production Lab helps finance a handful of student and alumni films every year. This past year, one of those films was the Spike Lee executive produced Cronies, which was a 2015 Sundance hit, and a first feature from NYU graduate Michael J. Larnell, who was one of Spike's students. Larnell wrote, directed, produced and edited it while earning his MFA at Tisch. Not too shabby a start for the young man.

Cronies is set in Larnell's hometown of St. Louis, capturing a single day for three young men in a moment of transition. Larnell embraced improvisation, and the offbeat humor and homegrown soundtrack (every song you hear in the film was performed by local St. Louis artists) gives Cronies a visceral, vivid charge.

We spoke to Larnell about his path to Cronies, his inspirations, and more.
Take us through the process of how you came to Cronies.

I went to NYU graduate film program, which is a three year program, and Cronies was my thesis film in the program, I graduated with it. As I was going through that program, I knew I wanted to go back to St. Louis to shoot my film, I always wanted to do my own version of that movie, La Haine, a French film. I wanted to make my version of that, then it started to change into something different. I kept the three characters over the course of the one day, where one guy is splitting up from the other ones.

What was the film about to you?

The film comes from me watching people trying to hold on to their past. I wanted to hold on, too. It’s funny, but it’s serious, real.

I’d made a ton of short films, so for me it’s just a longer version of a short film from that standpoint. I took all the tools I learned from the short films and applied them. Because movie is set over the course of a day, and it’s mostly day time exteriors, it went fast. Then, because I shot in my hometown, I didn't need to deal too much with permits and stuff. The bulk of the film we shot over ten, eleven days, then I had to go back to shoot pickups. The whole thing was pretty much twelve days. It moved fast.

Did anything catch you off guard while making your first feature?

During pre-production, I had another producer on board, but things didn’t work out the way I wanted them to, so I had to take on the bulk on pre-production myself.  There was a lot of stuff I didn’t anticipate needing. Once we got on set, someone else took over. It was just a lot of work managing everything; casting, hiring crew, wardrobe, locations, travel, bringing equipment from New York to St. Louis, it all starts adding up.

How was your experience at Sundance?

It was really good, man, it was my first time going to Sundance, it was great, a great experience. The altitude affected me a little bit, and it was my first time having to do a ton of interviews, back to back, off and on camera. Actually that was the most challenging, but after a while I got used to it.

Let's talk about how this film ended getting made, and your relationship with Spike Lee.

I had already the film written, and each year Spike gives grant money for thesis students to put the money towards their film, so I won the grant, and I went and shot the film and edited two minutes of it and sat with him. Then I showed him the first ten minutes, and he wanted to come onboard as executive producer. Then I showed him a rough cut, and he sat down with me maybe, ten, fifteen times, over the course of eight months. To have him on board, and sit down that many times, I mean, I didn’t expect him to sit down that many times, then he kept calling and texting, man! [Laughs] It was great.

Along with Le Haine, what films inpsired you?

Spike's She’s Gotta Have It inspired me. Those interviews, how it was shot in black and white. A lot of John Cassavetes films were inspiring, too. I also love Spielberg, Tarantino…I’m a big character person, developing characters. Oh, and of course… Scorsese.