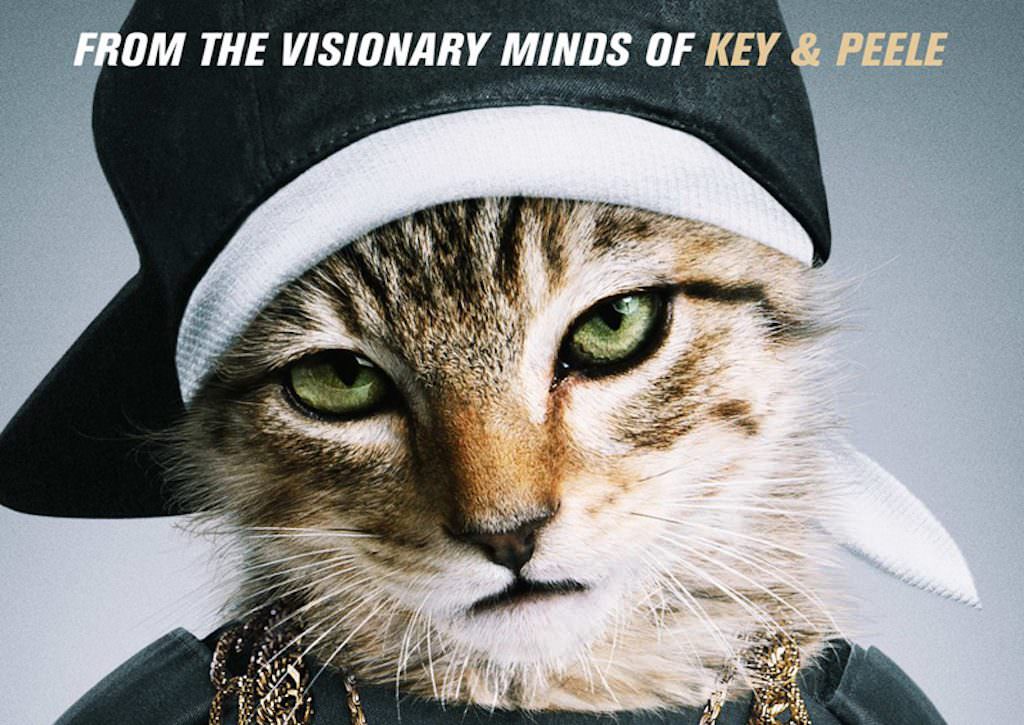 Plug in your headphones so you can enjoy this trailer at work, because this is Key & Peele in Red Band mode for the first trailer for their film Keanu. It's fitting the title of the trailer includes "from the minds of Key & Peele," because Keanu looks like a feature-length skit from their hit Comedy Central show, and that, my friends, is a good thing. Key & Peele quietly, and then not-so-quietly, became the best skit show on television, and by the end of its run could lay claim to being one of the best ever. Topical, raunchy, fearless, informative, insanely silly, and able to address issues of race in modern America like no other show on television could (or would), a Key & Peele skit could be just about anything its' creators wanted. They were almost always hilarious, but some of the time you were laughing and feeling bad about the state of America at the same time. No small feat.

With Keanu, they seem to be taking the luxury of a feature length running time to simultaneously touch upon racial stereotypes (the thug, the gangster, the immasculated black man who like George Michael, etc.) and lovingly mock the films they both clearly love. Like, say, John Wick, starring Keanu Reeves as a retired hitman who gets back into the game to avenge the murder of his beloved dog. Thus, the set-up to Keanu is John Wick-ian; Peele's character has been dumped, and in the midst of his wallowing an adorable kitten shows up on his doorstep. He names him Keanu, which weirdly seems, in retrospect, like a great name for a kitten. Peele's character looks upon the cat with the adoring insanity of a man who needs something, anything, to hold on to. Key plays Peele's best friend, and is called in to help when Keanu is stolen by a drug gang. Thus Key & Peele (the ampersand seems absolutely necessary, right?—they've earned it) must go undercover as gangsters to infiltrate the gang and rescue their beloved Keanu.

Wait for the slow-mo shot of Keanu in the middle of a gun battle and marvel at how director Peter Atencio (the longtime director of Key & Peele) somehow manages to make Keanu look utterly plausible in the middle of this mayhem.

Keanu opens on April 29. We'd like to believe Keanu Reeves loves this.