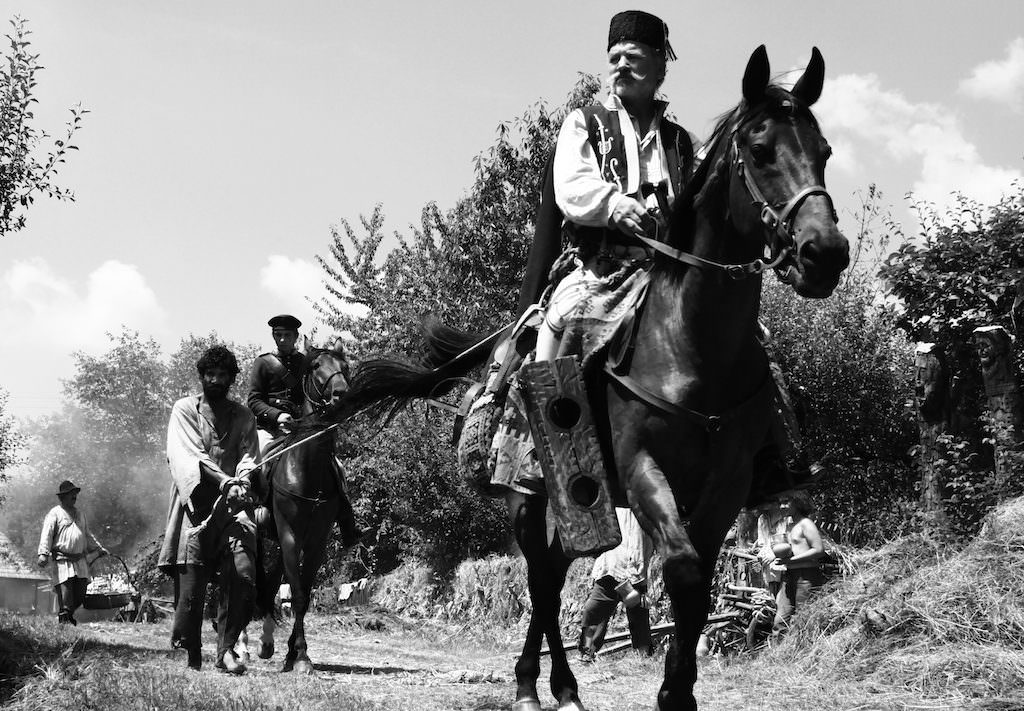 Talking to the Writer/Director of the Epic Balkan Western Aferim!

It’s a safe bet that you’ve never  seen a movie quite like Aferim!

An epic Balkan Western shot in 35mm black-and-white, Romanian director Radu Jude’s third feature earned a Silver Bear for best director at the 2015 Berlin Film Festival and was the Official Selection at the 2015 Tribeca Film Festival.

Aferim! (an Ottoman Turkish expression that apparently translates as “bravo!” and is used ironically in the film) is set in the barren landscape of mid-19th-century Wallachia. A constable, Costandin (Teodor Corban), has been hired by a landowner to hunt down and bring back his fugitive gypsy slave, Carfin. Costandin travels on horseback with his teenage son Ionita (Mihai Comanoiu) and the road-movie structure brings them into darkly comical  encounters with peasants, priests, captive gypsies, prostitutes and con men along their quest. Besides being the only contemporary Romanian film to address the issue of Gypsy slavery and the long history of anti-Roma prejudice in Romania, Aferim! pays homage to classic Westerns. “I love many Westerns, but especially those made by [Howard] Hawks or [John] Ford because I like their style: somehow minimalist if you compare it with the Hollywood norms,” says Jude.

After making several award-winning short films, Jude’s debut feature, The Happiest Girl in the World (2009), won the CICAE prize in the Berlinale Forum. His second feature, Everybody in Our Family (2012), premiered in the Berlinale Forum. Aferim! opens in New York, Los Angeles and San Francisco on January 22 with a national release (from Big World Pictures) to follow. The Credits recently had the following email interview with Jude. 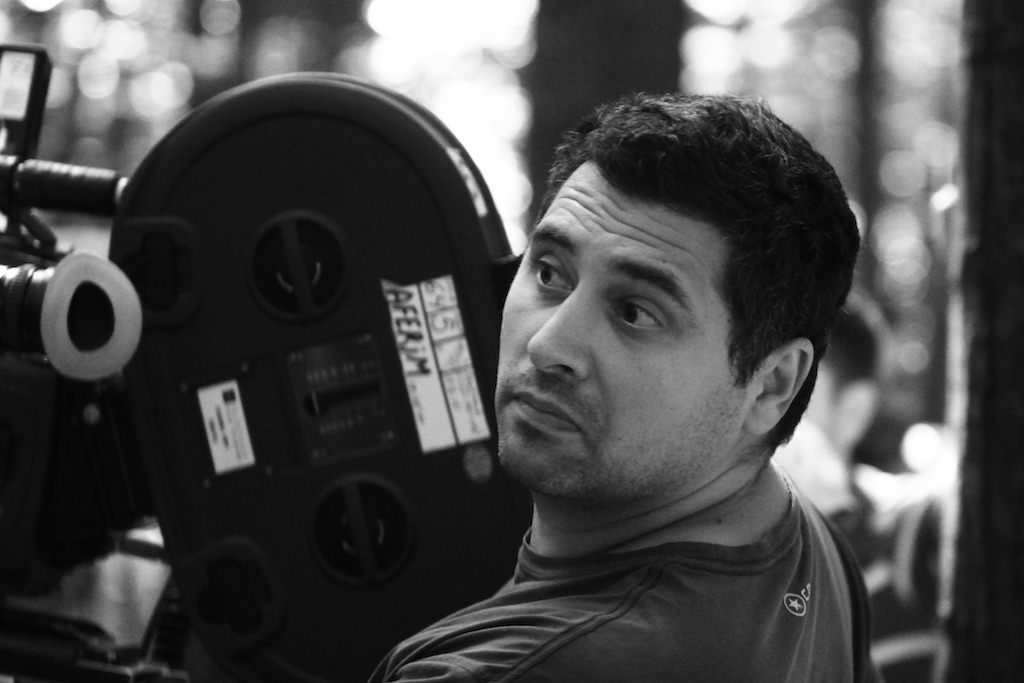 I was captivated by the visuals in Aferim! Why did you and DP Marius Panduru want to shoot this film in 35mm black-and-white?

It was a mixed reason. On one hand, we desired a kind of abstraction, a kind of distance, a kind of artificiality and for a viewer nowadays black-and-white image offers this. It wasn't the first option anyway, at first we wanted to emulate the old Technicolor, but we gave up. Secondly, we love black-and-white classical Westerns, so it was a bit like paying homage to these films. Well, these are reasons we give to the press. The REAL reason is that we simply love black-and-white photography so we said why not? 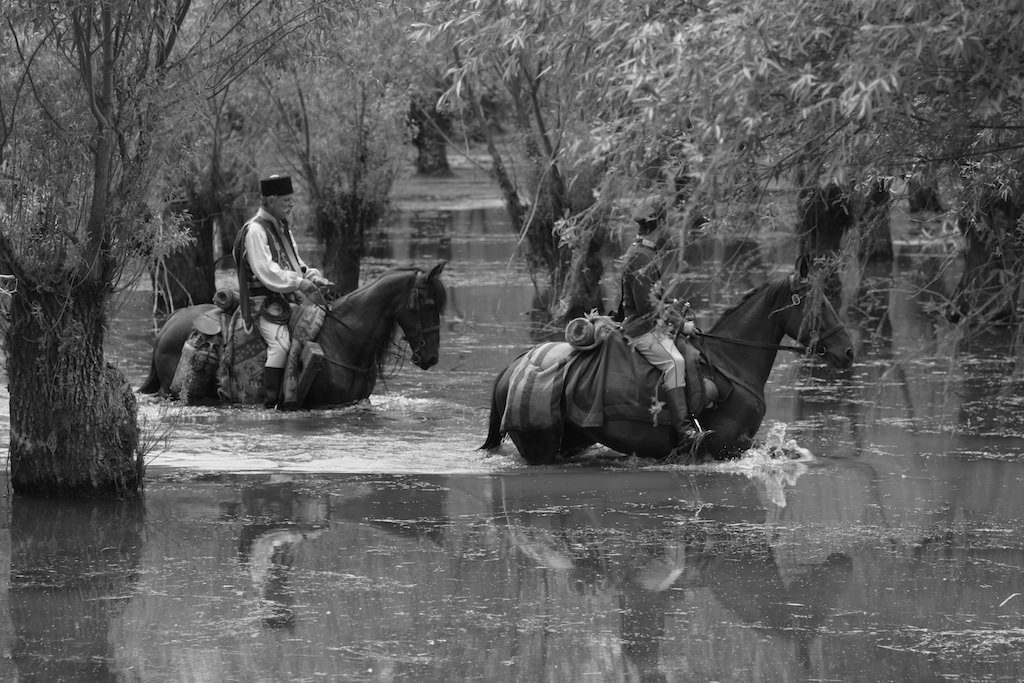 What were your influences for this film? Why did you want to set it in 1835 (despite the challenges of a period film on a modest budget)?

Influences? My God, everything. Really, everything around you could become an influence. Everything you happen to read, to hear… Especially for this film we did a lot of research and sometimes we would find a detail or another. But since you may want a precise answer, I would mention the old popular folk-tales for the structure of the story and the book of Hans Vaihinger "The Philosophy of As-If" for the idea which lies behind the style of the film. We've chosen this period – around the middle of the 19th century – because this is the moment the historians agree to consider as the beginning of the modern era in Romania: there is the beginning of some political independence, there is the first Constitution (the so-called Organic Regulation from 1831), so a story placed in this time has more to do with the contemporary Romania than it would have been if we would have placed the story before.

I read that you and co-writer Florin Lazarescu drew on actual historical accounts. How does the shame of the past in how gypsies were treated connect with in the present?

If by “shame” you mean some kind of a “collective guilt”, the situation is very simple: it does not exist. The slavery of the Roma population is almost unknown for many of my compatriots and it is not a topic publicly discussed, or very rarely and mostly in academic circles, among historians. And I remember when I was in the elementary school, during the communist dictatorship, there was a text in one of our school books about the ethnic minorities in Romania. And the text mentioned the “Hungarians, Germans and Serbians” but not a word about the Roma people, which were about 10 percent of the population. It was like they did not exist. The situation changed a bit in the last 25 years, but there is a lot of racism among many of the Romanians. 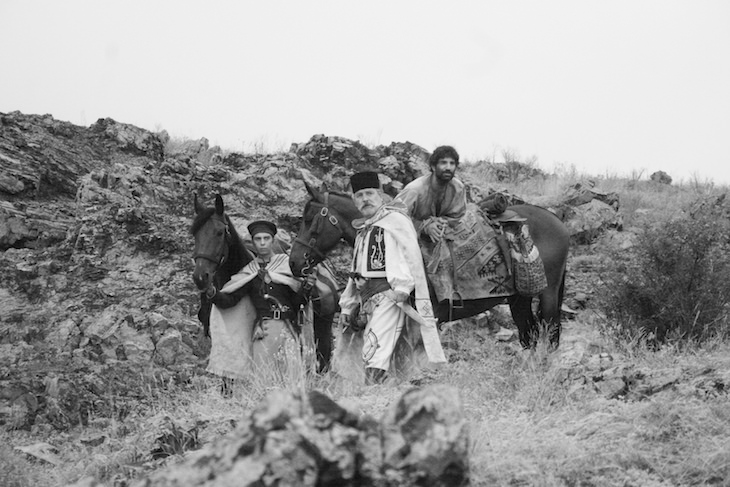 How did you find the amazing actors for the principal roles. Had you worked with any of them before?

Very simple: I invited them at a casting session and, regarding the non-professional ones, we searched them in the real world. A big thanks goes to Mrs. Capdefier, the casting director. I worked previously with some of them, like, for instance, Mr. Alexandru Dabija who plays the boyar and who is, by the way, one of the greatest theater directors in Romania.

Please tell me how you managed to make a modestly budgeted film in (if I am correct) 23 days look like an epic production, with its costumes, sets and locations. It must have been quite a challenge to stage scenes such as the marketplace with all those animals.

We shot very few takes. We rehearsed a lot. And everybody was very focused. And I strongly believe we were lucky. 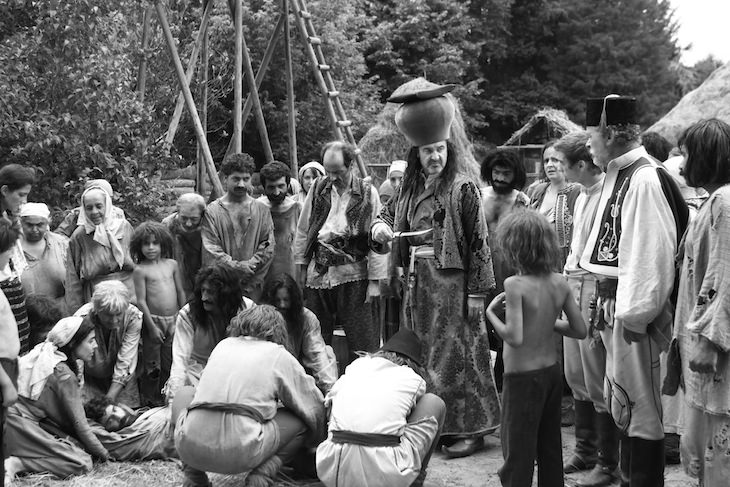 How has the film been received in Romania?

It was quite well received by the critics, film journalists, sociologists, historians etc. and it is on the first place of the year at the box-office (for Romanian films, of course). Otherwise, there are a lot of nationalists, racists and xenophobes around who claim that the film doesn’t present the bright side of our national history so there’s no reason for the film to exist. This is such an old idea here, that all films should be a kind of Hallmark feel-good movies that must show the Western world our bright side.

It must be a thrill that it was named Romania’s Academy Award entry for best foreign-language film. Has this helped with your next project? I imagine it is difficult to make personal films in Romania, or maybe it is no different from other regions.

I just finished the filming of Scarred Hearts, a film based on the autobiographical novel of Max Blecher. If it was easier to raise money, only the main producer Ada Solomon can tell. I am not so sure.