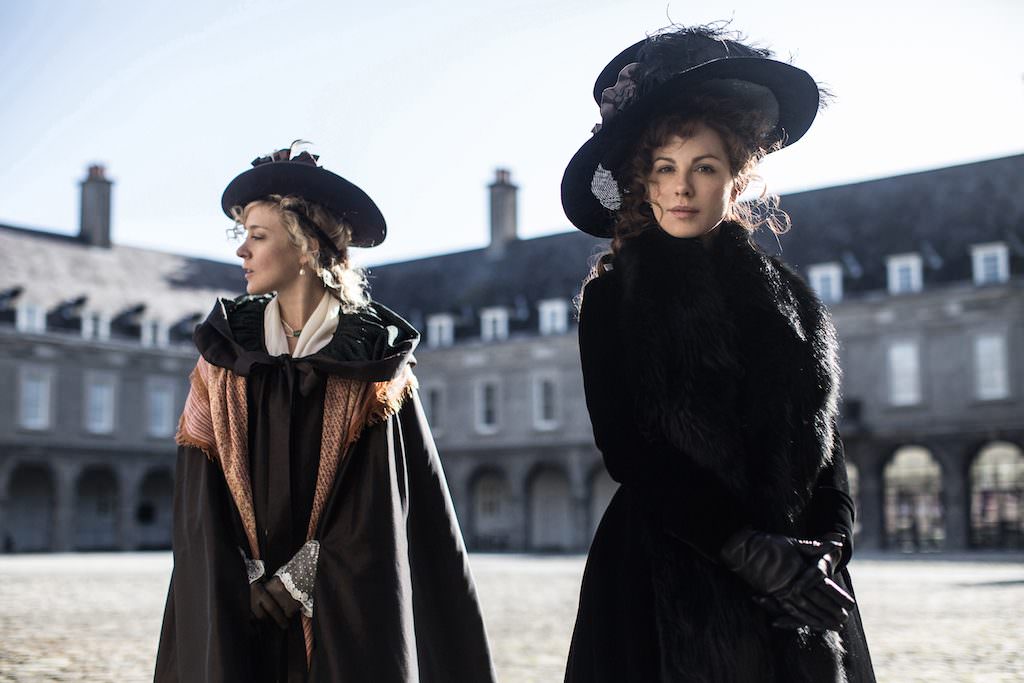 Welcome back. You’ve already read parts I, II and III of our Sundance film review roundup.

Let's begin with Whit Stillman's Jane Austen adaptation, Love & Friendship. While you might be thinking, another Austen adaptation, keep in mind Stillman is the man who brought you Metropolitan and Last Days of Disco, and is uniquely suited to bring out Austen's biting humor, which she has in spades. The film concerns Lady Susan (Kate Beckinsale), a cunning widow looking to firm up her station through strategic marriages for herself and her daughter. Slashfilm's Angie Han writes; "Stillman has brought her novella "Lady Susan" to life in the laugh-out-loud hilarious Love & Friendship...though the corseted bodices and full skirts suggest an Oscar bait-y period drama, Stillman quickly establishes Love & Friendship as an out-and-out comedy."

Talk about a swerve from one film to the next, director Asif Kapadia's Sundance film Ali & Nino is "star-crossed love story set against the backdrop of World War I and the doomed independence movement in Azerbaijan," writes The Hollywood Reporter's Todd McCarthy, who adds, "the director’s fourth dramatic feature feels like something from MGM’s 1936 release schedule or an offspring of Doctor Zhivago fifty years ago." Now this wouldn't be all that intriguing if Kapadia's previous film wasn't the Oscar-nominated documentary Amy, about the late singer Amy Winehouse. Here's McCarthy's review.

Variety's Denis Harvey writes that writer/director Kerem Sanga's First Girl I Loved, about two SoCal high school girls finding themselves attracted to one another "gets more interesting as their tentative relationship crashes against the usual private uncertainties and social anxieties of that age." Starring The Unbreakable Kimmy Schmidt's Dylan Gelula as Anne and Brianna Hildebrand as Sasha, the girl Anne has a major crush on. Their budding romance, and the turmoil it creates around them, "are more well intentioned than actually purposeful, but nonetheless slick and pacey enough to hold attention," writes Harvey.

Filmmaker Kim Snyder's Newtown covers one of the most horrific tragedies of the century, the massacre of 20 children and six adults at Sandy Hook Elementary School in Newtown, Connecticut. Vulture's Bilge Ebiri begins his review by quoting a Connecticut state trooper in the film; "I don't think anybody needs to know specifically what we saw." The question Ebiri asks is if such an event can be turned into meaningful art. "Snyder’s film, which premiered here at Sundance to clearly moved audiences, walks a very fine line," he writes. "It confronts, but it doesn’t exploit. It’s about one of the most horrifying events of recent years, and yet it’s defined by its austerity, its sense of quiet. It is as much about the complex, dull horror of memory as it is about the brute, sharp horror of that day." Read the full review here.