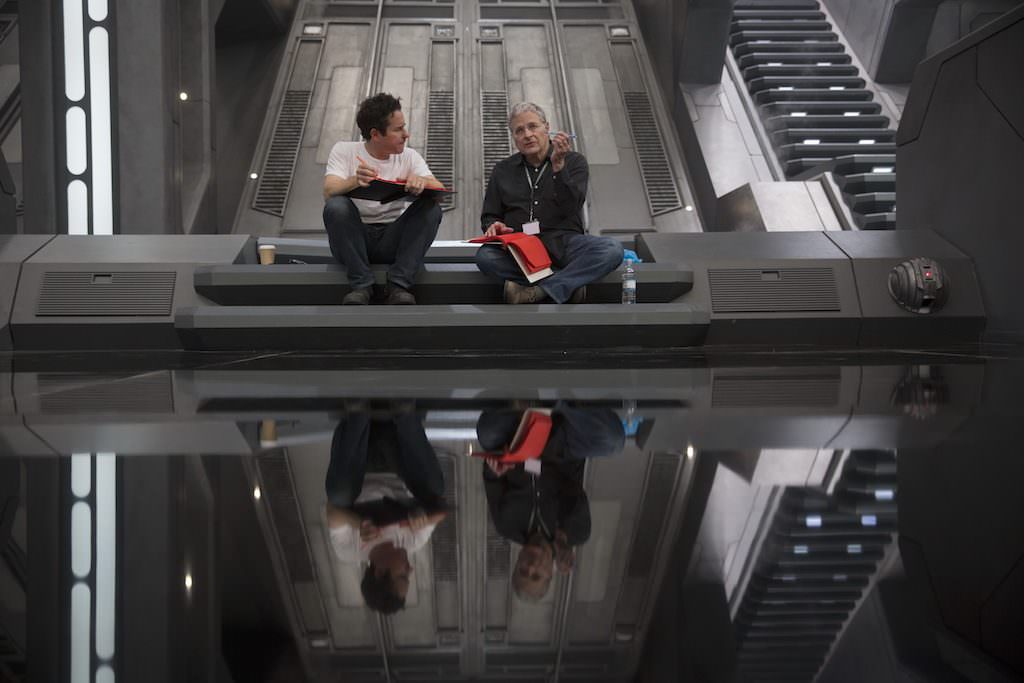 At some point, you sort of want to feel bad for J.J. Abrams. Okay, you don't, but the guy has moved the Star Wars franchise into the future admirably, after years of work and the most intense pre-release media scrutiny, possibly in film history, and he's still getting pigeonholed by reporters at events that have nothing to do with Star Wars. Poor guy! (Not really).

Abrams was at the Television Critics Association for a panel on his upcoming Showtime series Roadies. He was there to discuss the show with Cameron Crowe and the cast, but that didn't stop reporters from peppering him with questions when he stuck around to chat after the panel. Hey, this is what reporters do! Yet it's odd to think that a media savvy veteran like Abrams, who just spent years protecting The Force Awakens like it was the location of the Jedi temple (dork alert), would then start divulging secrets willynilly that would seriously undermine writer/director Rian Johnson's Episode VIII? He wouldn't. But then again, as a reporter you know if you never ask, you'll never know for sure…

The first question was about Rey's (Daisy Ridley) lineage. Might she be a Kenobi? 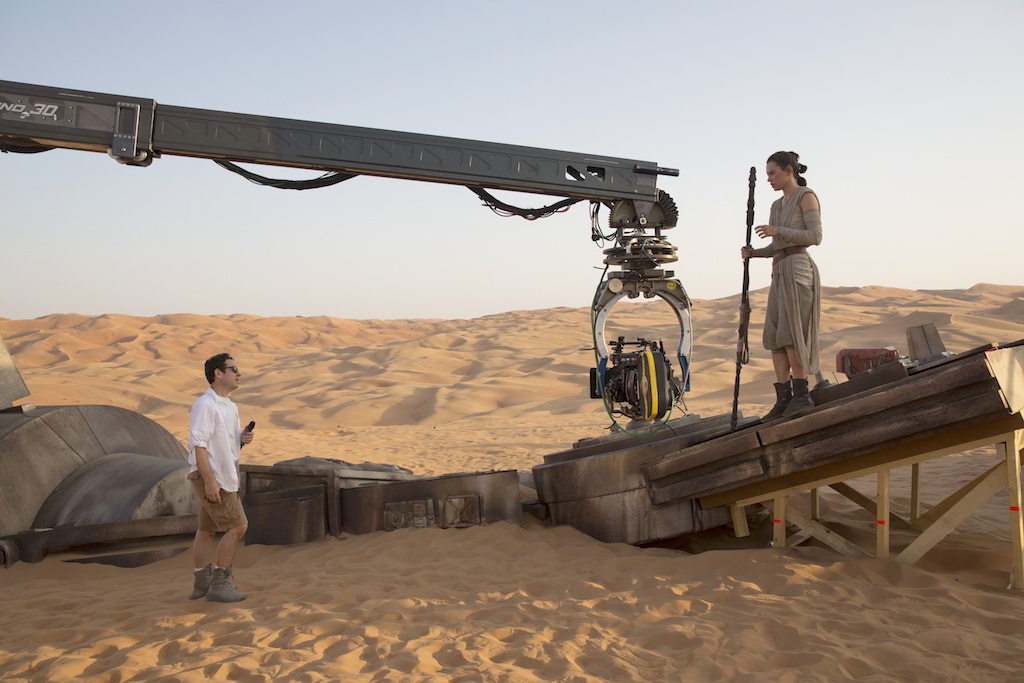 “I know quite a bit, but obviously it’s not for me to talk about in this moment because this is Rian [Johnson]’s story to continue now. The last thing I’m going to do is reveal something that he would be upset about. I want to make sure that Rian gets the courtesy he showed me.” That he didn't add "duh" is a testament to his patience.

If you still somehow haven't sen the film (welcome back from the International Space Station, by the way!), stop reading right now, because the next question involves a massive spoiler. Abrams was asked about the film's biggest plot twist, the death of Han Solo.

“First of all, I didn’t kill Harrison Ford, Just for the record, thank God, by the way. No, but we knew we needed to do something that was bold and maybe unexpected.”

Then Abrams was asked about childhood pal Greg Grunberg (he played Snap Wexley in The Force Awakens) who made some comments over the holidays that flew in the face of Abrams' operating principle of never say anything about anything, ever. Grunberg said that Abrams regretted not directing Episode VIII once he read Johnson's script. Was this true, the reporters wanted to know?

Now this is a pretty great question. The Force Awakens was always going to be largely a set-up film, the top bun in the film's trilogy sandwich. Abrams had the unenviable task of not only resuscitating the franchise, but he also had to introduce us to a whole new generation of Star Wars characters and make sure we cared enough about them to follow them through the new trilogy. Creating Rey, Finn, Poe Dameron and Kylo Ren is no easy task, to say nothing of placing them in a tight script that gives us enough information, but not too much, while also bringing back the characters we already know and love. Oh, and also making this all work as an actual movie. No pressure. And he did it, he pulled it off. He toasted the bun nicely. He set up Rian Johnson's Episode VIII, and it's a valid question to ask whether what Grunberg said wasn't at least a little bit true, and that Abrams wished he had a crack at that sweet, meat-of-the-sandwich second film. You know, the same spot that The Empire Strikes Back filled, the best film in the entire canon. Abrams offered this response.

“Here’s the thing about Greg. You put a microphone in front of him, you never know what you’re going to get. I love my friend Greg. He’s my best friend since Kindergarten. I think that my enthusiasm for VIII is enormous. I think he also might have invented a couple of the quotes that he gave but I am very much excited for and very jealous of anyone, especially Rian, who gets to work so closely with this extraordinary cast and crew. Truly an amazing group, so in that regard, for sure. Honestly, I’m also relieved to have gotten the chance to do a Star Wars movie.”

Okay then. So, tell us about Roadies!