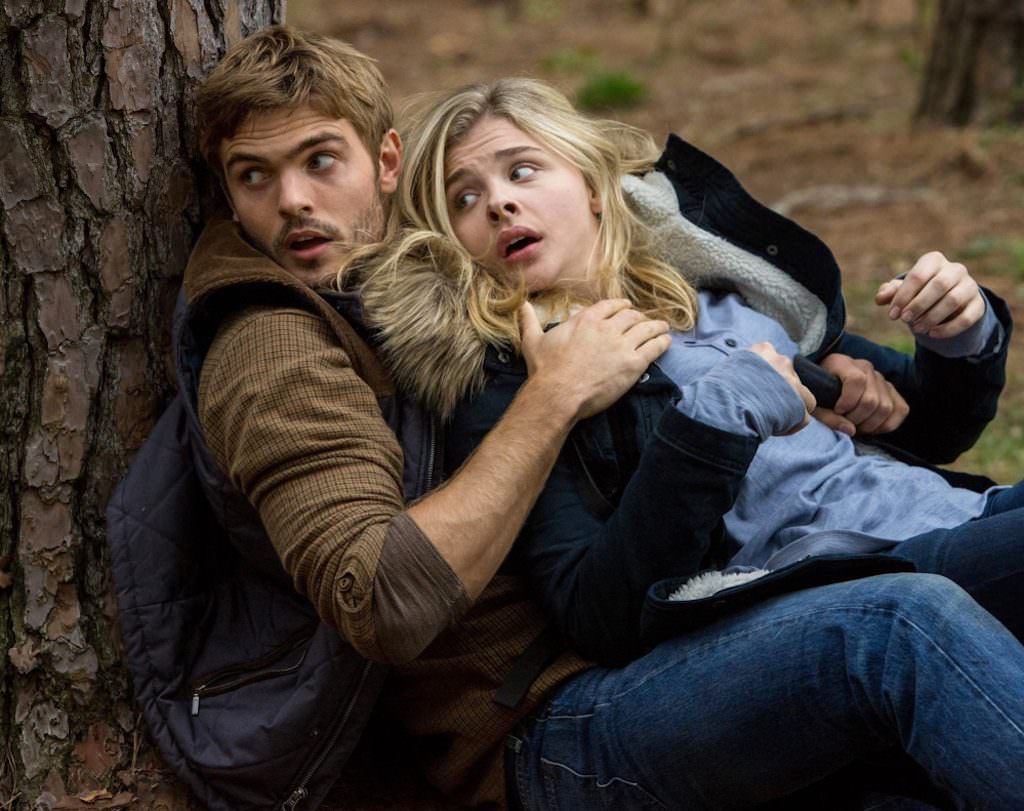 Director J Blakeson brings Rick Yancey’s novel The 5th Wave to the big screen this week, a blockbuster version of the popular young adult title. Chloë Grace Moretz stars as Cassie, a suburban teenager fighting for her life while searching for her younger brother, taken by aliens in the fifth of a series of deadly attacks on humanity. The unseen alien invaders, creative for their type, have explored a variety of ways to kill off humankind during the first four waves, from tsunamis to mass power outages. It’s the final wave, the most sinister of their homicidal devices, around which most of the film turns.

Given the variety of ways these alien invaders set out to take over planet Earth, we felt compelled to chat with Jon Billington, the film’s production designer, on how he visualized and executed the multi-pronged attacks.

You did a lot of shooting in Georgia, which has been the setting for more than one post-apocalyptic nightmare film/show.  Can you tell us a bit about finding and using settings there?

To be blunt, the main reason Georgia is chosen for these shows and movies is because it offers the film makers a very healthy tax incentive to do so. That being said, there are a few other places that offer the same so it’s not the only reason we ended up there. A number of cities were scouted and Atlanta offered us more visual diversity and interest than the others. Broadly speaking, I always viewed this film as Cassie’s “Odyssey” — it is basically a very linear journey for her, she is always moving forward and never going back, and visually there were five “worlds” to create: Cassie’s hometown before the attacks, the same town after the attacks, the refugee camp, the farmhouse, and the military base. These are each linked through a variety of woodland/wilderness scenes. Cassie is a very grounded, real character — she’s a straight shooter and visually her town needed to mirror this.

What was it you wanted to portray about Cassie's hometown?

Atlanta has very few pretensions and that was very appealing for portraying her home environment. The neighborhood we chose was meant to portray normal American life, an archetype of the American dream. Hopefully that gives the audience a chance to relate when the tsunami hits — it’s devastating to [so-called] normal America, and they are shown the visual impact of that. Practically speaking, that location was one of the most challenging on the show. We had four days to transform the quiet, leafy suburb into a vision of hell! I don’t think the residents were quite prepared for what they thought they had agreed to. 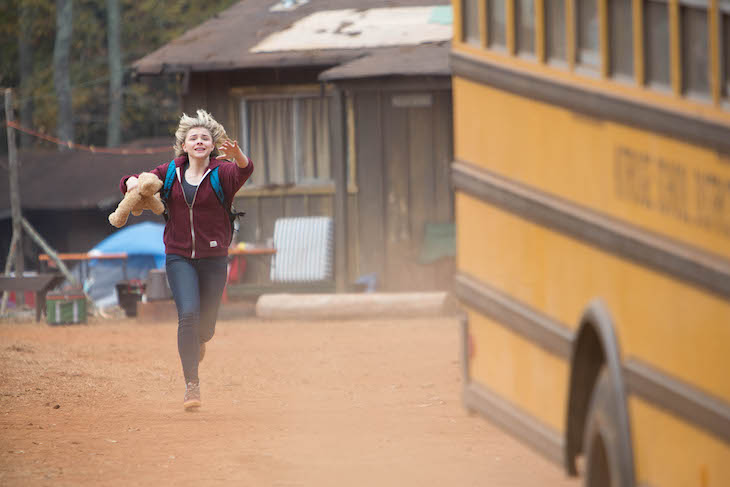 Where was the refugee camp built?

The refugee camp was a built on location. The Mess hall, all the huts, shacks, tents and structures were all built around the pool…which was also built (it’s only 12” deep with very black water so you can’t see the bottom!) with the old concrete diving board, which I felt would provide a visual focus/high point for the camp.

Brief though they might be, we like the way the movie portrays the second wave, of tsunamis and earthquakes.  Can you tell us about the concept for these alien-invoked natural disasters?

The idea here was to show this worldwide attack on the planet through a quick montage of images that begins and ends in Cassie’s home town. It is multiple earthquakes and tsunamis in multiple cities and countries but is cut together as one….so you start with Cassie and Sam collecting water as the earthquake hits….leading to the start of the tsunami…..the wave hits (shown in Miami), it travels inland, down rivers (shown in London), through the city and smashing into buildings (shown in Bangkok), rising through the city (shown in Beijing), the only safe place is skyscraper roof-tops (shown in New York), and then you are back to Cassie and Sam to show the aftermath of the disaster. Which we shot in a quiet suburb in Atlanta.

How was working with Moretz, fitting her into her environment?  She seems to be rapidly turning into the most-sought-out young actress for smart teen roles of the moment.

Chloe was fantastic. A complete professional. And for me it was always a pleasure to watch her become Cassie in the environments that I had created because essentially this is a film about Cassie, not about the end of the world. 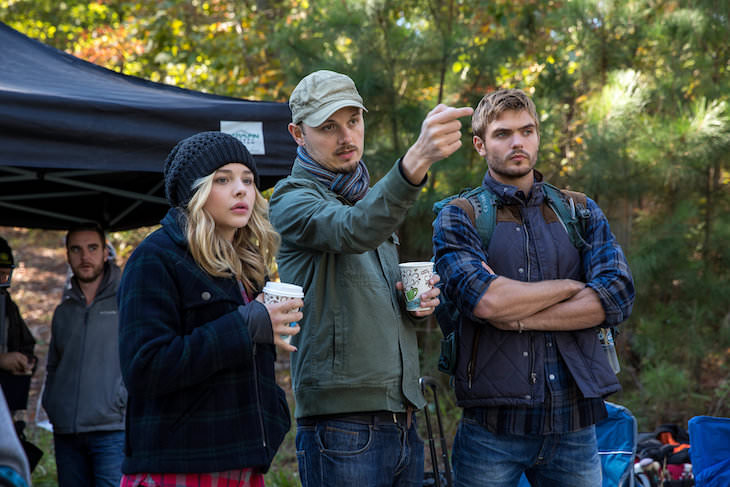 How did production design for The 5th Wave compare to earlier, somewhat thematically similar films you’ve worked on?  We’re specifically thinking about World War Z, of course, and a bit about The Fifth Element, even if that was way back when.

Thematically there are definite parallels with World War Z. The essence of that film was Gerry’s mission to return to his family, as this one is Cassie’s mission to reunite with hers. They are both essentially very simple ideas set against a big backdrop. Obviously with about six times the budget, WWZ’s backdrop was slightly larger than The 5th Wave’s. With a lower budget you have to approach the entire process from a different angle. While always aiming for scale, scope, and an embrace of the cinematic experience, you cannot rely on endless digital extensions and huge set builds to make this happen. You have to embrace the locations on offer, use CGI frugally and effectively, and build sets faster and more efficiently. Luckily I had a fantastic crew — almost all local to Atlanta — notably Curtis Crowe (construction manager) and Frank Galine (set decorator), all of whom helped to make this film, I believe, look like it cost a whole lot more money than it actually did.