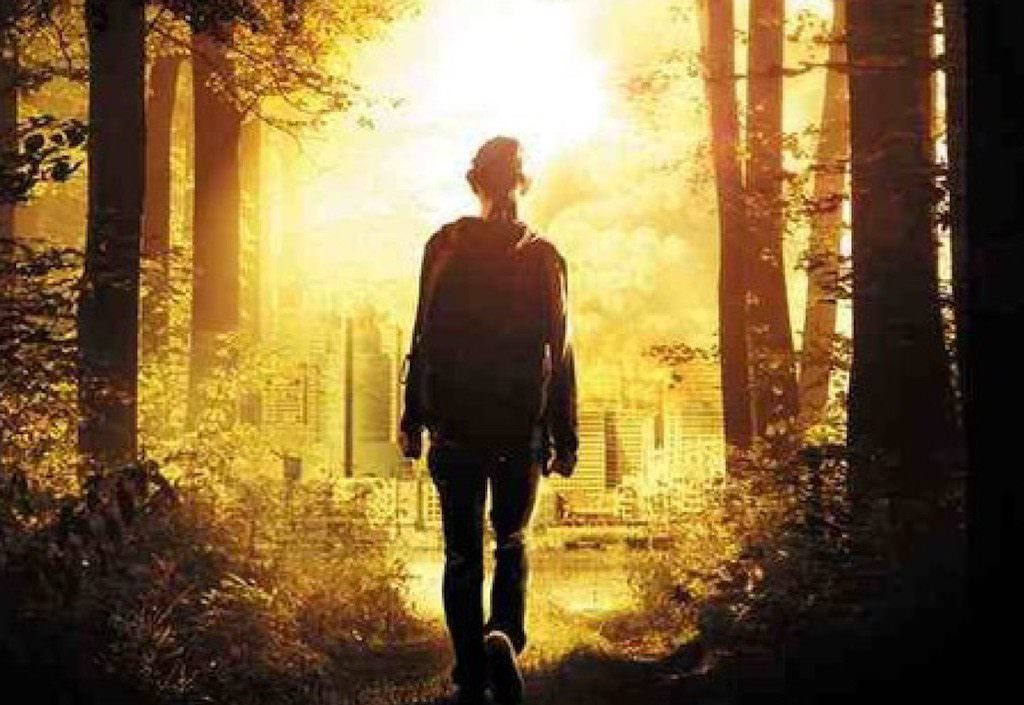 As the most recent entry into the alien invasion canon- The 5th Wave– hit cinemas this past weekend (chances are you were too snowed under, or in, to go see it), we take a look back at the other notable examples to try to figure out why the aliens are often (but not always) hostile towards us, why we keep retelling these stories, and how the heck we keep defeating the ones that mean us harm.

The War of the Worlds

The 1898 alien invasion novel by the English author H.G.Wells spawned many adaptations. The most notorious was the 1938 radio play narrated by Orson Welles: at the time it was reported to create mass hysteria when listeners thought it was a real news bulletin (a claim later found to be sensationalized by newspapers wanting to discredit radio as a medium). The book became something of a blueprint for the genre and in 1953 Paramount released the first film version of the classic story. Steven Spielberg, who is not one to overlook a good extraterrestrial caper, directed Tom Cruise in the 2005 blockbuster. But why did the aliens invade earth you may ask? The details vary in the different interpretations but generally the Martians are thought to have designs on colonizing earth and are depicted manning three-legged fighting machines to destroy the pesky humans getting in their way. Their plan eventually comes undone when it turns out they have no immunity to earth’s bacteria and viruses and begin to die off. Bacteria and viruses, our littlest heroes!

In M. Night Shyamalan’s 2002 film Signs starring Mel Gibson and Joaquin Phoenix, we don’t know why the aliens come to visit, but a spate of weird lights, strange noises and crop circles tip off the inhabitants of earth to their presence. Eventually farmer Merrill Hess (Phoenix), a former homerun champion in the minor leagues, goes head to head with one, wielding a baseball bat, and inadvertently douses it with water. It doesn’t like this at all, as the water has the effect of acid on its gross alien skin. Alien attack averted, H2O molecules save the day.

The Day The Earth Stood Still

Sometimes aliens just want to talk, you know? In this film, released in 1951, the well-mannered humanoid alien Klaatu lands his spaceship near the White House and, with his eight-foot tall robot bodyguard Gort in tow, sets off to deliver a message to humanity. After a few stumbling blocks, he eventually is able to tell the planet that if they don’t stop developing atomic weapons, and threatening the peace of the universe, earth will be destroyed. Then he leaves. Intergalactic diplomacy at its' finest. Keanu Reeves starred in the 2008 remake.

Invasion of the Body Snatchers

Jack Finney’s cold war science fiction novel The Body Snatchers inspired several film interpretations, starting with the 1956 classic film. The 1978 remake, starring Donald Sutherland, sticks close to the original: extraterrestrials abandon their dying planet and rain down on earth, growing into pods. People begin to act strangely and soon it’s discovered that humans are being replaced in their sleep by emotionless pod people. The film ends ominously with most of earth taken over by pod people. Other versions include 1993’s Body Snatchers and 2008’s The Invasion, starring Nicole Kidman, in which the pods are replaced by an mind-altering epidemic.

In the 1996 blockbuster starring Bill Pullman, Jeff Goldblum and Will Smith, the aliens are a technologically superior race of beings that move from planet to planet, harvesting its natural resources and destroying the planet and its inhabitants in the process. The aliens’ huge mothership enters earth’s orbit and deploys a fleet of smaller spacecraft in an orchestrated a targeted attack on the major cities. Eventually a combination of a computer virus to shut down their defense system, some very brave men, and nuclear missiles saves earth from annihilation. But don’t get too comfortable earth: they were always coming back. Twenty years later and the aliens will need to be thwarted again in Independence Day: Resurgence.

Close Encounters of the Third Kind

Steven Spielberg’s 1977 film is a departure from the hostile alien invasion genre, as it’s about making contact with other intelligent life forms rather than trying to destroy them. Richard Dreyfuss stars as the blue collar worker Roy Neary who has an encounter with a U.F.O. when it flies over his truck and its light burns his face. Even though it transpires that the aliens have abducted various humans – their intentions are never made clear and when Roy decides to join them on their mothership at the end of the film, the interaction is friendly.