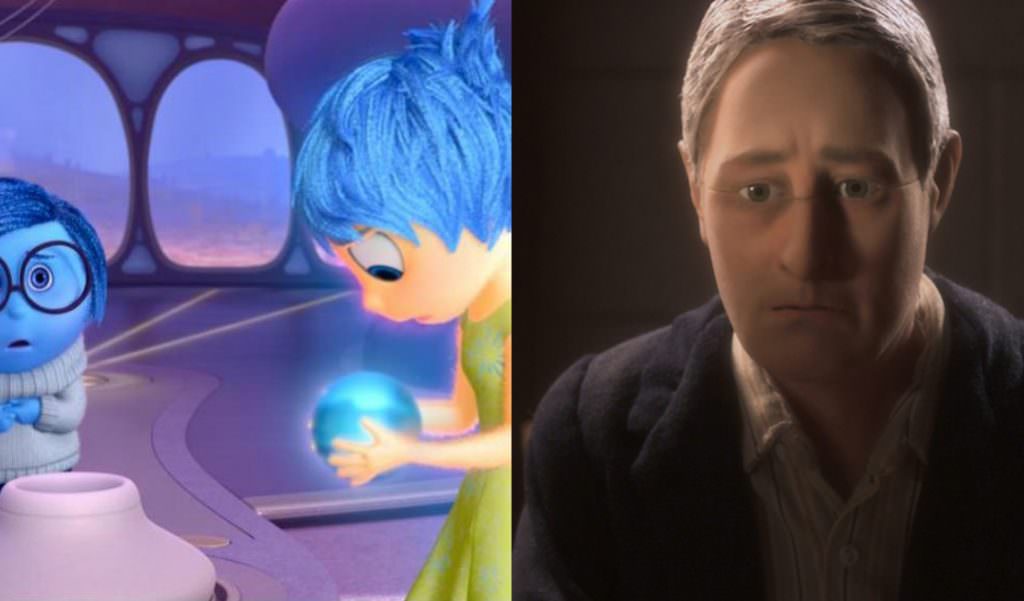 Though it wasn’t added to the Oscars slate until 2001 (when Shrek took home the statue), the Best Animated Feature category is more interesting than ever this year, pitting Inside Out, Pixar’s most astonishing and well-reviewed film in quite a few years, against the equally beloved but decidedly adult Anomalisa. Outside of the two front runners, the category remains a refreshing combination of stop motion, computer generated and traditional hand drawn animation, qualifying it as one of the most diverse categories of recent years. And while much of the Oscar buzz is centered around films of the live action bent, we’ve got the skinny on the rest, including a first-time Brazilian nominee and what could be the last film from Studio Ghibli.

Boy and the World

Of all the nominees, the relatively under the radar Boy and the World received the smallest amount of U.S. exposure. With any luck, this nomination will change that: this unique animated feature combines a surprisingly varied collection of mediums, including colored pencils, paper scraps, pastels and pens into a film that begs to be scene.

Ale Abreu’s first feature since his debut Garoto Cosmico eight years ago, Boy and the World comes from the Brazilian animation studio Filme de Papel, and was distributed in America by the increasingly high profile Gkids, an independent distributor also responsible for the U.S. distribution of Studio Ghibli’s When Marnie Was There (which also received a nomination)

Born initially as a documentary meant to follow the history of Latin America, the film grew out of a sketch of what would become the film’s central character. And though the film doesn’t stand much chance of winning, the nomination will hopefully bring eyes to an little seen international and worthwhile film.

When Marnie Was There

With Studio Ghibli’s third nomination in as many years, When Marnie Was There is the first offering from Ghibli not directed by Ghibli’s foremost animators Hayao Miyazaki and Isao Takahata. Instead, at the reigns is Hirmoasa Yonebayashi, the director of Ghibli’s The Secret World of Arrietty.

Centering on a female friendship and featuring Ghibli’s iconic hand drawn animation, When Marnie Was There stands to be the last Ghibli feature for the foreseeable future as the beloved animation studio has announced its indefinite shuttering. With Miyazaki and Takahata now in retirement and with Yonebayashi outside of the Ghibli family, When Marnie Was There could very well represent the end of an era.

Ten years after Nick Park and Aardman Animations’ Wallace and Gromit feature took home the statue for Best Animated feature, Shaun the Sheep, a feature starring the studio’s beloved wooly character has garnered its own nomination for its sly sense of humor and pure hearted glee.

Featuring the specific kind of Chaplin-esque humor previously employed in Pixar’s WALL-E (the film is largely dialogue free), writers and directors Richard Starzak and Mark Burton’s Shaun the Sheep explores the hijinks that result after Shaun attempts to take a day off from work, complicating the lives of a loyal sheepdog, an amnesiac farmer and other creatures in the barn in the process.

Despite the film’s mid-year release, the praise hasn’t ceased for Inside Out, one of Pixar’s best (and most deceptively adult) films in their impressive history. With Pete Docter, who worked on Monsters, Inc. and the previously nominated Up, leading the project, it’s no surprise that the resulting film is a streamlined and emotionally streamlined look at growing up.

When asked about his thoughts on the nominations, Doctor charmingly admitted, “It was a ride there with Fear in my brain while waiting for the nomination but in the end I think Joy won out.” Inside Out is already the most awarded in the category, with the film also nabbing an Original Screenplay nomination. Pixar has been a regular lock for the category and while The Good Dinosaur won’t accompany Docter’s film at the Oscars this year, the prognosis is good for this CGI wonder.

The nature of these previous nominees mean a tight spot for Anomalisa. Unsurprisingly, the film has received unilaterally positive reactions, but its adult content (which includes a protracted, candid sex scene) isn’t particularly in line with the family friendly fare proffered by Shaun the Sheep and Inside Out. It’s not the first time adult-oriented fare has made its way into the category, with the coming of age film Persepolis and the French-language Triplets of Belleville garnering nominations in the past, but it’s safe to say there’s never been a more explicit film to be held aloft with work like the charming Shaun the Sheep.

Still, the nomination is fair considering the animation feat Duke Johnson, Charlie Kaufman and the rest of Starburns Industries have accomplished. And despite the film’s content, it may be unwise to consider Anomalisa out of the race just yet. Kaufman himself has gone on record as being a bit apprehensive at the being represented in animated feature category. “It’s a movie for adults and we’d like to be seen as that,” he told the Detroit Free Press. And while it’s not clear whether or not Anomalisa will walk away with a statue, the film’s novel presence in the category may help to broaden the larger conception of animation, as a film style for adults and children in kind.